By the 15-minute mark or so, Beast’s foreshadowing spoils every event to come. Not that Beast is unpredictable regardless, but the sheer will with which this script presses the issue is blatant.

There’s little else to do. Beast’s pitch doesn’t go any further than “Idris Elba fights a lion,” so that’s what it provides. That, in addition to familial drama as Nate (Elba) contends with his wife’s death and the two kids who feel divided by their dad’s presence. Survival in the outdoor jungle, and internally via the passe emotional turmoil; that’s Beast.

Beast uses this platform as an anti-poaching tale. The lion lashes out when humans kill his pride, enraging the cat, and further setting up another confrontation beyond the Elba/lion one. The story weaves in anti-poacher Martin (Sharlto Copely) to deliver moral messages, as if seeing the animal killers wasn’t direct enough. In the final act, Beast arrives in the poacher’s hideout, bodies strung up from the ceiling in a grotesque display. Poaching is evil, in case it wasn’t clear by then.

Barely a direct-to-video plotline covered in A-studio dollars, location footage matters in adding scope to this otherwise plain, simple, and isolated animal attack flick. Africa’s natural beauty shines, more so than the creaky CG lion – and even CG Idris Elba. Not without tension, scenes with the digital feline setting up his kill fare better than interactions with people. Actual clawing and biting have less plausibility than more subtle fare.

Pure Hollywood, when Beast is over, the good guys win and the bad guys get dragged off into the jungle to meet their fates. Dad reconnects with his kids, and the sun rises because that’s what happens in a movie like this. It’s all clean, sparkling, and pure sans nuance or deeper aspirations. Beast doesn’t ask or answer any questions, nor does it raise an unknown issue. It’s just a mindless little thriller with impressively long takes designed to kill 90-minutes. In that, Beast does okay. 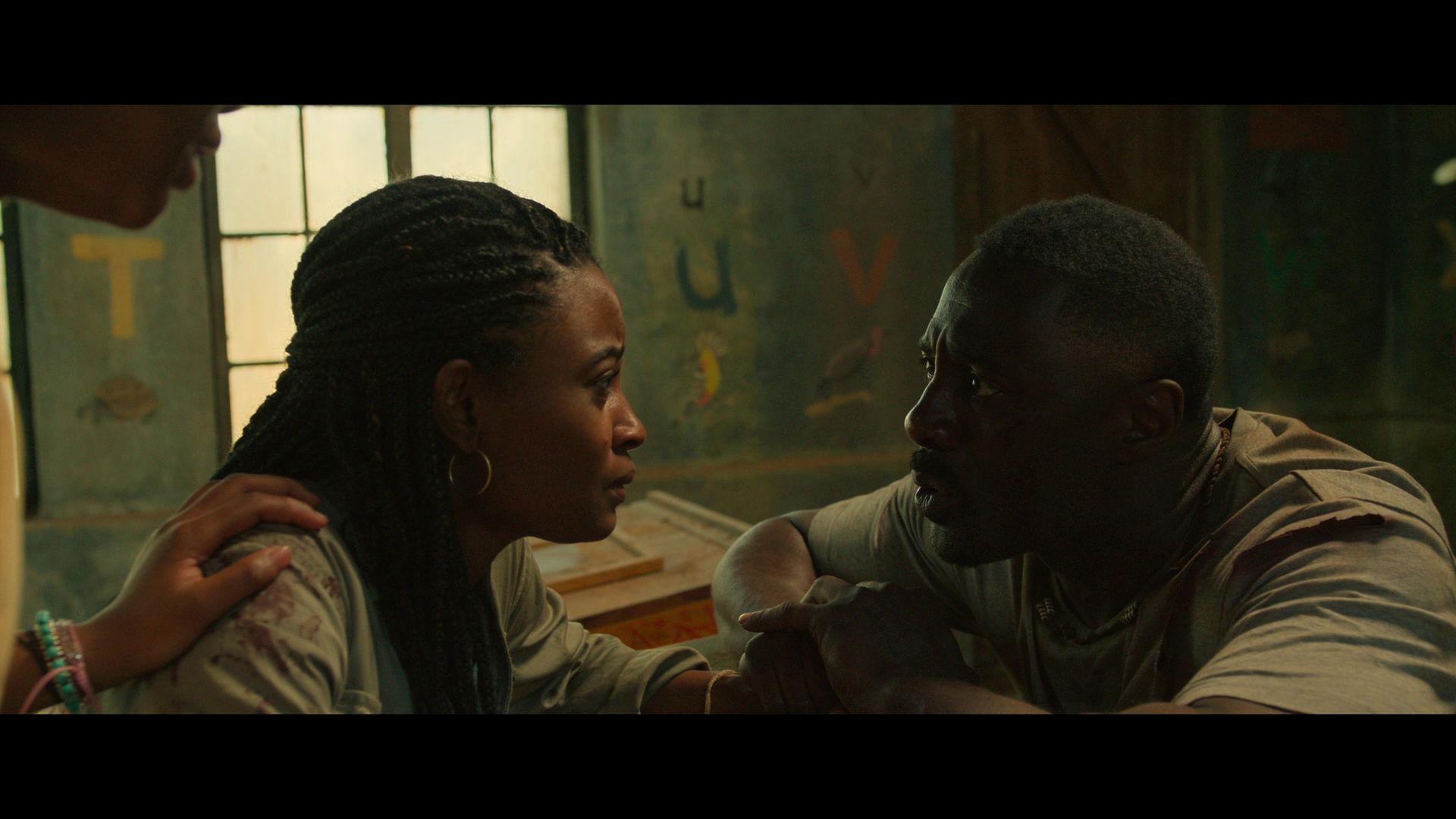 Africa takes on a golden, warm glow that will dominate the daylight color palette. This grading doesn’t dilute primaries. Where possible flowers and other foliage sport spectacular hues. Greens and reds show freely.

Black levels only find the deepest shadows on occasion, and noise can be persistent (even causing a reduction in detail). That initial smearing returns when the camera enters low light, if not with the same severity each time. Beast keeps a healthy contrast though. African sun is properly simulated, intensely bright. That’s a relief from the noise.

As the action ensues, the 7.1 DTS-HD soundstage begins to show off. Grasses pushed aside by the lion find a place in the rears. So do roars and gunshots. Beast’s precisely balanced mix pairs gorgeously with the video. Buzzing fly’s surround kill scenes as characters investigate. Ambiance is on the lower side given the potential for wildlife calls, although inside the jeep, bouncing metal and stray rocks kick up behind the listening position.

Attacks draw out the low-end, roars and swiping claws a hefty presence. Gunshots hammer the LFE. The subwoofer isn’t given the day off, supporting the deepest parts of the score too.

One 47-second deleted scene sits atop the bonus menu. An EPK on the visual effects takes four minutes, and three-minute bit on the finale follows. A four-minute bit on the makeup pairs to additional rudimentary material on the cast and location shoot. The longest piece runs just short of eight-minutes and discusses lions/poaching.

Beast isn’t taking any chances or trying to surprise, but provides passable thrills over a trim 90-minutes.