Going Down to Panama

Arsenic and Old Lace follows a relationship’s most terrifying moment: meeting the in-laws. The rule of a crazy uncle or aunt usually arises during the holiday season; for Grant’s Mortimer, it’s Halloween. How appropriate.

Mortimer’s discovery of dead bodies in his kindly, generous aunt’s home results in wide-eyed panic, even breaking the fourth wall as his shock forces him to stare into the camera. He’s looking for support, some acknowledgment that it’s not his lost sanity, but that every family has at least one. Maybe two. Or in his case, three. Dead people buried in the basement is an all-too obvious metaphor for skeletons in the closet, and Mortimer’s fear that his newlywed wife will learn the truth leads to outrageously overplayed terror.

It’s a situation so absurd, so extreme, so morbid, the comedy must match. There is payoff too. During a house-wide brawl in the finale, Mortimer sits down as debris showers over him, lights a cigarette, and remains totally indifferent. A fight seems minuscule compared to what he’s already seen. His capacity to react long since left him.

This story needs the natural pleasantries evident in the 1940s. Arsenic and Old Lace plays the gentle aunts, Josephine Hall and Jean Adair, as dark comic fodder. They see their actions as not only righteous, but a favor to the men who lived otherwise lonely lives. A bit of poison in the wine and out they go, ending their isolation – permanently. The joke lies in how absolutely sure they are about their actions, treating it as the natural order of things, even laying flowers every Sunday like good Christian women… even if the victims were Methodists.

Grant becomes the only reactionary to these findings. He’s determined to protect his aunts, but not his brother who believes he’s Teddy Roosevelt (John Alexander). That’s the way out, protecting his “sane” family and letting his wife slowly adjust to dwindling sanity in his life. He’s as fearful about his marriage (doubly so given Mortimer’s career was founded on anti-marriage diatribes) as he is toward the murders. That’s enough to drive anyone batty, to a point of theatrical excess. If anything, it’s less believable he ever finds a moment of calm. 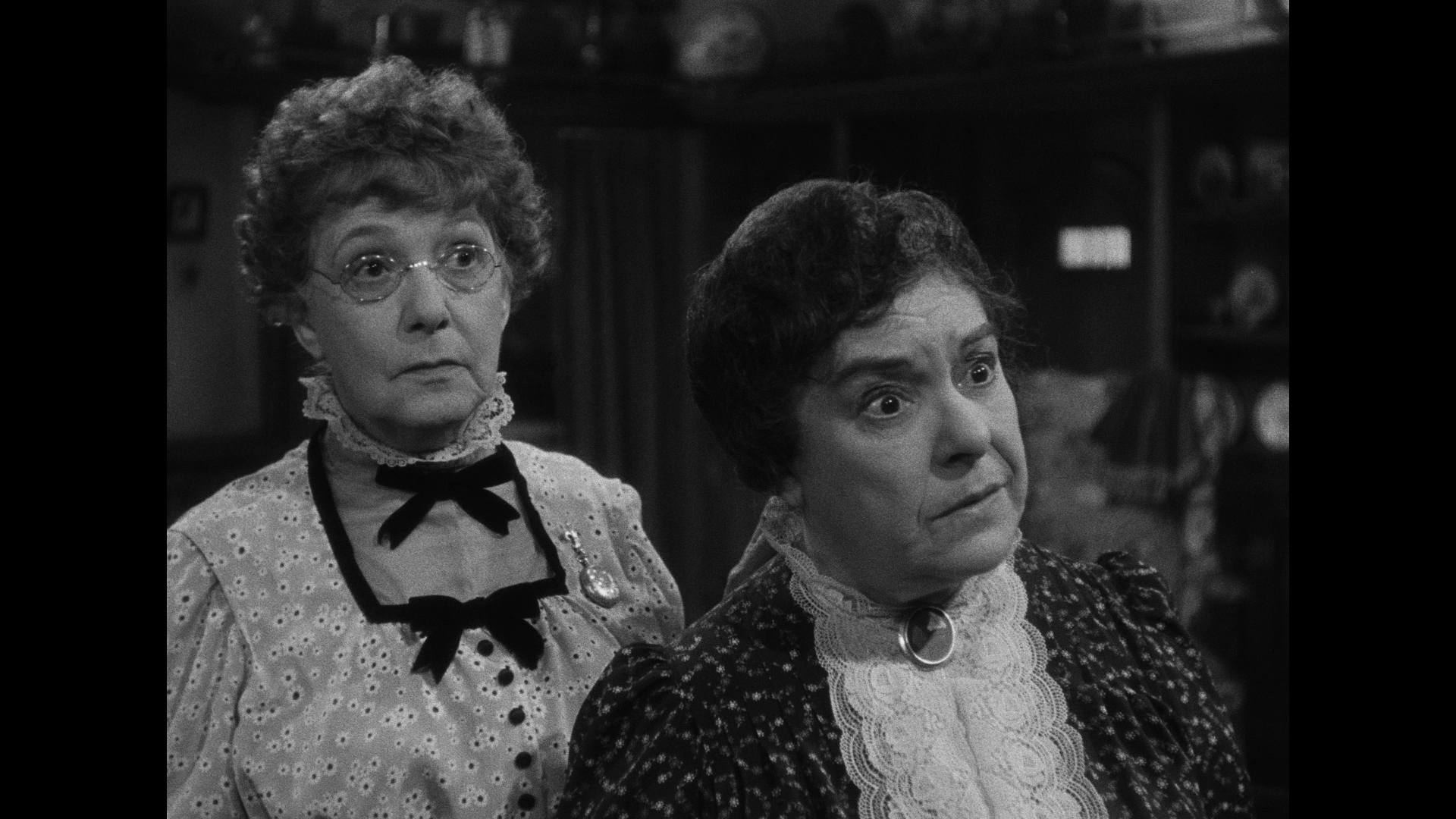 Arguably one of the most overdue Blu-rays since the format’s inception, the wait was worth it. Criterion produces a dazzling and beautiful 4K scan for this release, sourced from a pristine negative. It’s spotless.

Flawless grain reproduction keeps the imagery organically sharp, even luxurious. Sharpness reaches HD’s peak potential, and the detail that results is remarkable, even after years of growing accustomed to UHD releases. Texture shines even in mid-range shots. The house’s decor, from lace to wood, shows equally.

Perfect gray scale balances exquisitely, mid-tones balanced and resolved, the black levels dense and the highlights vivid. There’s not a fault to report.

Pure PCM mono handles the dialog wonderfully. Clarity and fidelity belie the age, presented with only the slightest wear. Max Steiner’s score holds together in pitch, bells and horns equally sharp. No hiss, no dropouts. This is the standard for vintage audio.

Criterion opens this disc with a new commentary from author Charles Dennis. The other bonuses include the radio broadcast from 1952 and stars Boris Karloff, followed by the original trailer.

Cary Grant looked down on his mania in Arsenic and Old Lace, but it’s wonderfully kitschy comedy work beyond the ’40s era norms.