In the auspicious position of what’s likely the final contemporary newspaper movie without any connection to the online world, The Paper is free to stress less about financial crises than it is about ‘90s-era news breaking. In that, it’s successful.

Effortlessly mixing drama and comedy, The Paper takes place over a single day, veering between journalistic stressors and home lives. The script builds rich characters, locking onto the reporter’s urges and needs to break stories amid private chaos. It’s authentic, if elevated drama, and finds a juicy debate between profit and integrity for the finale.

Shattering any ideal professionalism, The Paper finds itself in a consistent struggle about what to print, either rushing toward attention-grabbing zingers or the shot at an exclusive. As a (fictional) tabloid, the meager stories elevating headline potential strain credibility as Henry (Michael Keaton) battles his editors to publish genuine news. That back-and-forth is The Paper’s heart, causing a persistent panic that today feels as if written by Aaron Sorkin. It wasn’t, yet his rapid-fire dialog style is a constant in The Paper, via co-writing brothers David and Stephen Koepp.

The Paper speaks to racial divisions in a post-Rodney King society, and detailing the challenge in newsrooms when dealing with this reality. The personal battles gain greater consequence in this situation, as Henry delays printing – or tries to – to write the truth, and his managing editor willingly prints what she knows is false to cut costs. A physical scuffle in the printing room seems comically absurd, yet collects the intense feelings that surround such instances in a funny, albeit serious way.

There’s never a lull in this movie. There’s no time. The Paper jokes around in the editor’s office early on, but those laughs among co-workers tighten up as time ticks away. People shout at one another from across the room, they argue over the broken air conditioning, sweat piles on faces, and the impossible stress nearly kills people. Yet, Henry as the central protagonist, keeps the vibe loose and steady, never showing his own anxiety. He’s a natural leader worth rooting for, and an easy in for an audience to understand the nuances of this job. Plus, Henry is entertaining, as is all of The Paper. 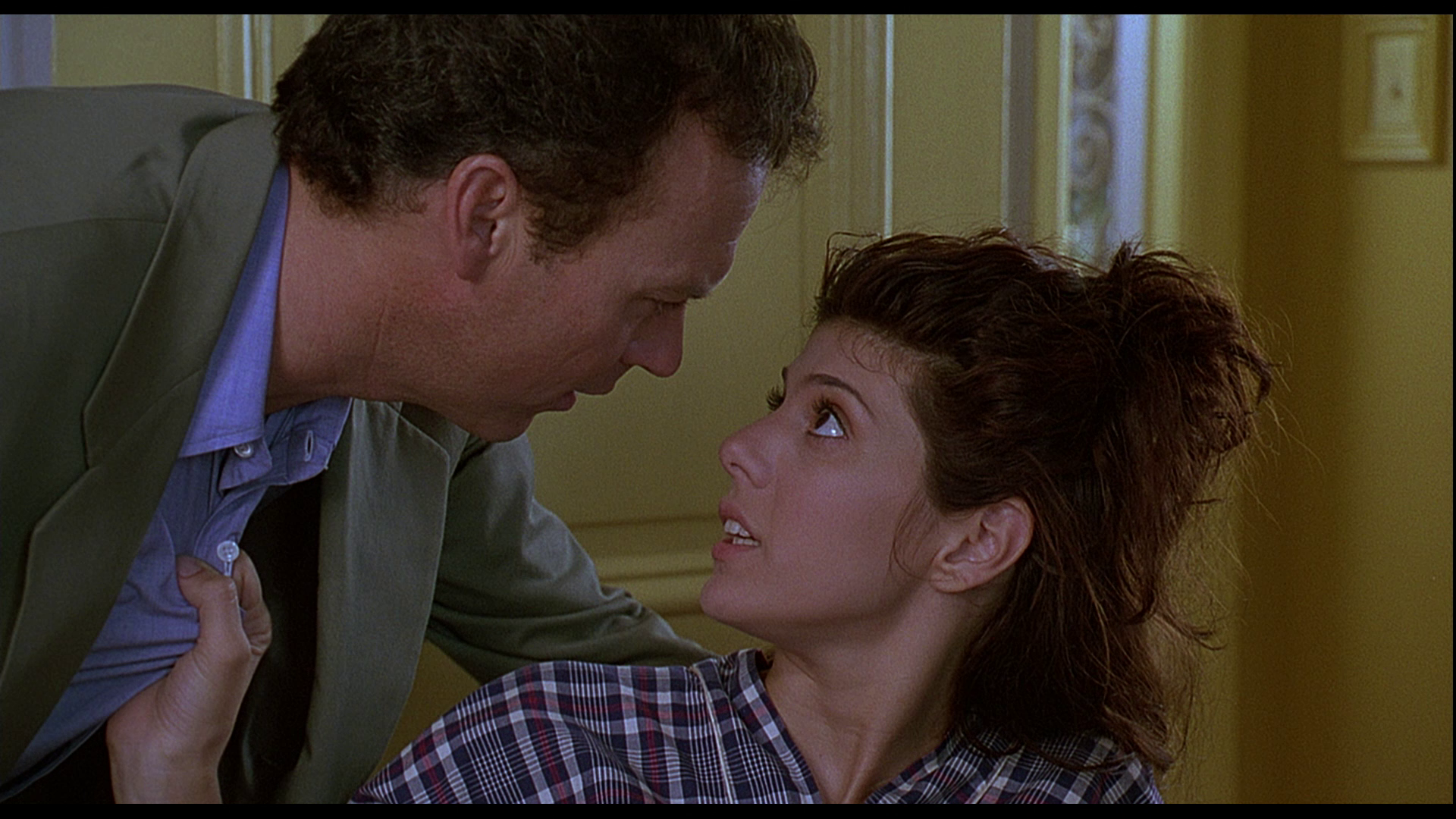 Wherever Mill Creek dug up this master, that place needs to be banned from ever mastering film again. Scanned sometimes in the late ’90s (maybe) based on the look, this dismally low resolution imagery lacks any and all finesse. Grain appears thick, heavy, and unnaturally messy. Blame that on the thick edge enhancement evident everywhere.

Dust and dirt on the print might fit something 60 years old, not from 1994. Detail is lost somewhere between the processing and ancient scan. Fidelity makes zero gains over DVD editions of The Paper. Other than marginally better compression, reasons to upgrade are few.

Other than the score, not much moves around the soundstage. The newsroom ambiance sticks to the fronts without any noticeable shift to the rears. Not even New York streets can push The Paper’s 5.1 mix to do something with the available surrounds.

It’s fine otherwise. Music can bump the low-end a touch as needed. Dialog balances well and doesn’t reveal any age.