Adapted multiple time for the screen, The Bat’s 1959 version brought Vincent Price in for a bit part as a research doctor, a minimal role, especially for Price. The movie belongs to Agnes Moorehead and a number of women, shrieking and shouting as a masked killer prowls their summer home. People die, millions of dollars are hidden away, and the mystery proves marginally intriguing.

What The Bat doesn’t do is chill or excite. Stage-y direction leaves the production flat, even listless, aside from moments where the killer peers in through a window, his clawed hand poking at the camera. The Bat even invokes classic horror cinema, using shadows and silhouettes in clever ways to suggest the danger.

The Bat begs for personality

Aside from Moorehead though, playing a mystery novelist, basing her next book on the events as they happen, The Bat begs for personality. Price opens the story with a surprising murder, then slips into the story aimlessly.

Characters exist less as well defined people and more as props designed to draw suspicious eyes. An office manager finds the means to upgrade his equipment without the financial means to do so. Price performs experiments on bats. The police detective is never where he’s supposed to be to stop the killer. And that weird butler, appearing in the house at random. All cardboard suspects, not characters.

The Bat occupies an odd place in genre history, sold as if an authentic Universal-esque monster feature during a time when giant nuclear creatures were still in vogue. It’s a small, confined, even cheap feature, leaning on star power from Price to sell itself. Sadly, it’s one of Price’s weakest roles (if not performance), a negligible effort that struggles to give him anything of consequence to do. That central theme of money driving people mad – to a point of murder – isn’t elaborated on in any significant way, and Moorehead profiting from someone trying to kill her is an oddity (albeit morbidly funny), undermining that idea. 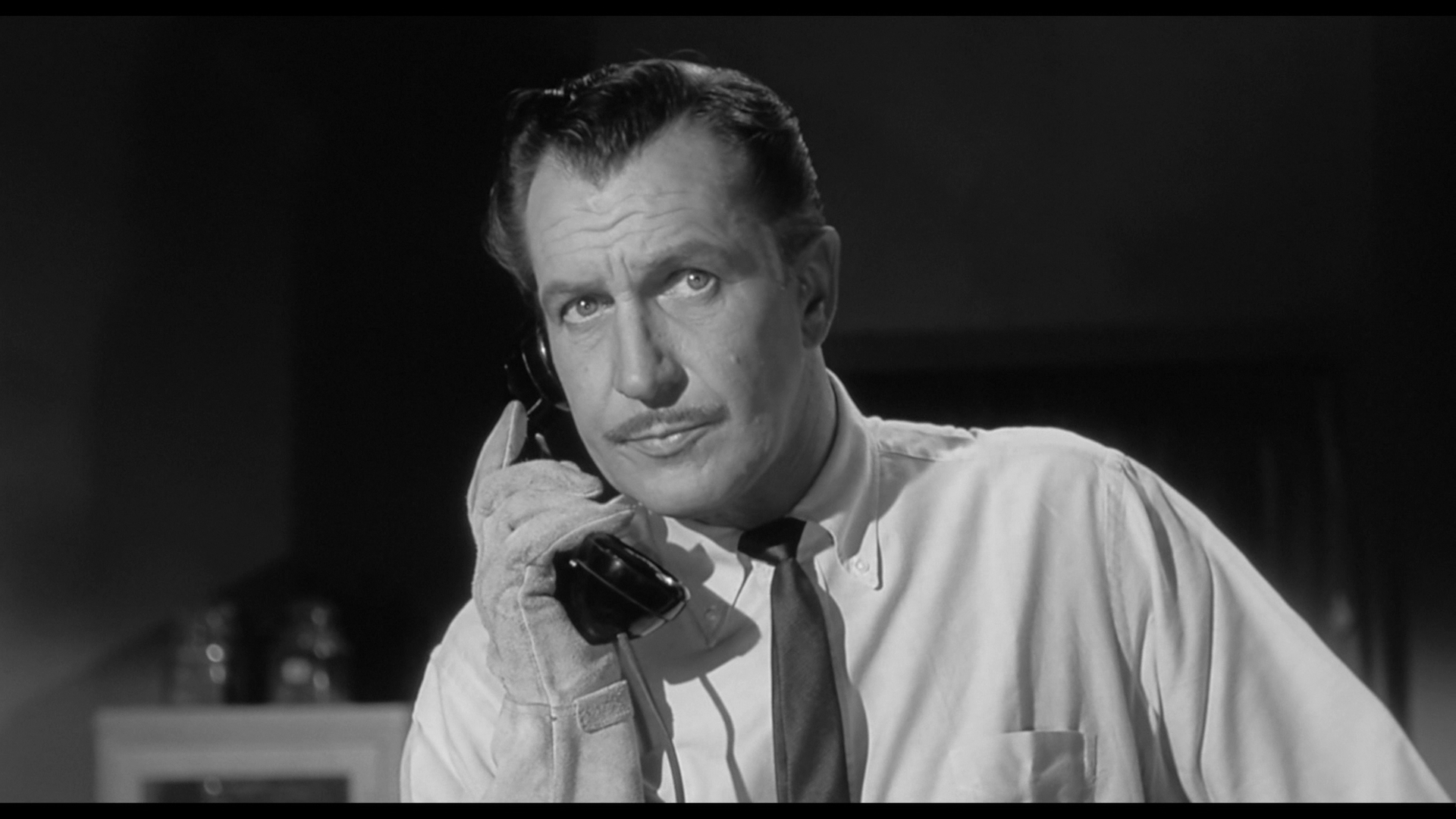 Unfortunately, The Bat takes a heavy hit from the DNR goblins, leaving behind digital residue, compression, and waxiness, all the while sapping life from this film stock. Smearing is evident, grain isn’t, and the fine detail disappears entirely. What a mess.

It’s a shame too since the scan itself looks modern and recent. Resolution seems high, while all damage is whisked away. The print appears pristine.

Author/professor Jason Ney contributes an audio commentary and written notes inside an essay booklet. Writer/director Crane Wilbur earns a featurette on his career that runs 23-minutes. Plus, nine radio broadcasts featuring Vincent Price, which prove to be a great listen.

A creepy, small time old dark house thriller, The Bat lacks in pacing and chills, but the murders provide some mild intrigue.