A photographer and a young orphan girl battle ghostly forces in director Péter Bergendy’s frightening Post Mortem. As the Spanish Flu ravages Europe near the end of World War I, a former soldier dresses up corpses of loved ones so they can be captured one last time with their surviving relatives in family photographs.

Tomás (Viktor Klem) is a post-mortem photographer roaming the European countryside as World War I ends. Unable to bury their deceased loved ones thanks to the frozen land, his grim task includes dressing their bodies up and posing them with surviving relatives in carefully composed photographs. Drawn to a remote village rumored to be haunted by ghosts, Tomás begins encountering things that go bump in the night with deadly consequences.

Tomás quickly takes a shine to a young orphan girl in the village, Anna (Fruzsina Hais). She resembles someone he once encountered in a near-death vision on the battlefield. Surrounded by an opaque atmosphere of grim tidings and dead bodies, the pair investigate the supernatural forces which haunt the village with horrifying results.

The Hungarian film delivers a potent combination of moving character drama and terrifying scares in a slick package. Visual effects are creatively staged with few obvious budgetary limitations for a small European production. Director Péter Bergendy has crafted a chillingly taut thriller which begins slowly with methodical character development and finished off with well-paced set pieces. Perfectly atmospheric period terror which grabs you by the throat and never lets go.

Hungary isn’t known as a big name in horror but Post Mortem delivers all the spooks and macabre frights one needs every Halloween season. Fresh from Europe, this is a frightening ghost tale filled with devastating effects and slick craftsmanship. 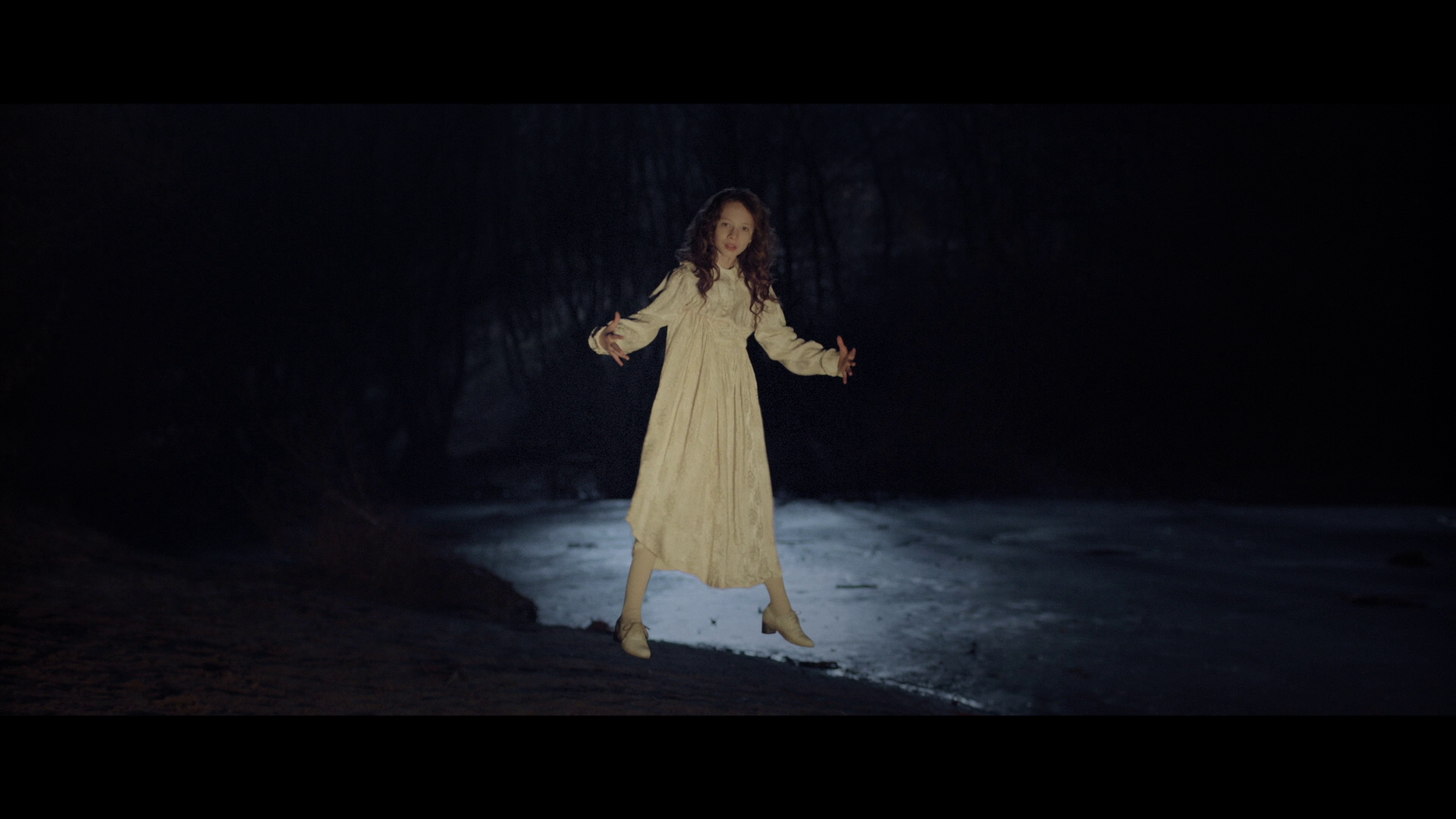 The 2020 Hungarian production has been filmed with one of the most versatile digital cameras for indie filmmaking, the ARRI ALEXA Mini. Finished with CGI and other effects as a digital intermediate, Post Mortem looks unimaginably clean and crisp for new horror.

The stark atmosphere and foreboding setting lend themselves to a carefully desaturated palette. It’s not strictly monochrome but flesh-tones are definitely on the paler side. The flawless 1080p video, presented at its native 2.39:1 aspect ratio, exudes wintry colors and heavily leans toward cyan.

Scream Factory provides Post Mortem with a technically sound transfer free of artifacts and unnecessary processing. The main feature runs an uncut 115 minutes on a BD-50, encoded in high-bitrate AVC. The razor-sharp clarity is high on unfiltered detail, pushing serious definition and dimensionality.

Black levels are mostly consistent with nigh perfect shadow delineation. Drained of most warmth, the skillful cinematography captures an even contrast and lighting.

The sound design immerses listeners with ambient presence and effective depth. The wide-ranging dynamics provide quiet passages with delicacy while adding serious oomph on the low-end.

Optional English SDH subtitles play in a white font, inside the 2.39:1 video. These unfortunately are dubtitles and do not appear to be a translation of the Hungarian dialogue.

Post Mortem hits home video in North America courtesy of Scream Factory. The disc is coded for Region A and a slipcover is available for early pressings.

It should be mentioned various Region B-locked discs from other distributors in Europe are out there for the Hungarian horror movie, including dubs in European languages like French and German. An interview available on the French BD is missing here.

Creepy and haunting, a well-done atmospheric ghost chiller from Europe set during World War I.