Like a parent scolding their teen after a raucous party, I Know What You Did Last Summer deals in consequences. Teen sex, teen drinking, teen driving – a trilogy of horror movie no-nos that lead to an accident and murder while the kids try to go their separate ways. That goes as well as expected.

For what amounts to a mundane, formulaic slasher, I Know What You Did Last Summer cleverly builds not only a mystery as to the killer’s identity, but a sharp profile of grief. The kids go through every stage, in denial early, then remorse, and even justification. Of course, there’s fear and anxiety as they hold on to their secret that crushes them emotionally, each in different ways. That’s smart scripting, ensuring the character traits can define the kids who, in most genre flicks, fall into a pile of unidentifiable goo.

I Know What You Did Last Summer also has the ‘90s going for it. It’s an all-star roster made up of 20-somethings who peaked before the decade’s turn. Sarah Michelle Gellar, Freddie Pinze Jr., Jennifer Love Hewitt, and Ryan Phillippe create a memorable once-a-celebrity foursome, backed by equally ‘90s grunge and punk tracks. Unknowingly, I Know What You Did Last Summer turned into a stellar time capsule.

That’s not a downside – it’s a capable roster who have fun running and screaming, but credit also to Hewitt whose vulnerability looks inherently real. More than a crazed killer stabbing people, there’s an emotional intelligence behind every plot twist. It’s a joy to watch play out, and as if intending to create an icon, the fisherman killer is carefully backlit and framed in every appearance to exaggerate his form. Maybe the slasher didn’t become an icon, but deserves a small nod given a few fun kills.

Although released post-Scream, I Know What You Did Last Summer was written prior to the former by Kevin Williamson from Lois Duncan’s novel. I Know What You Did Last Summer feels embryonic in a way, flirting with the tropes and references, but without the self-acknowledged humor or geeky smarts. This script leans more traditional and direct, cautious in maintaining credibility, and delivering on a slight maturation for the genre. 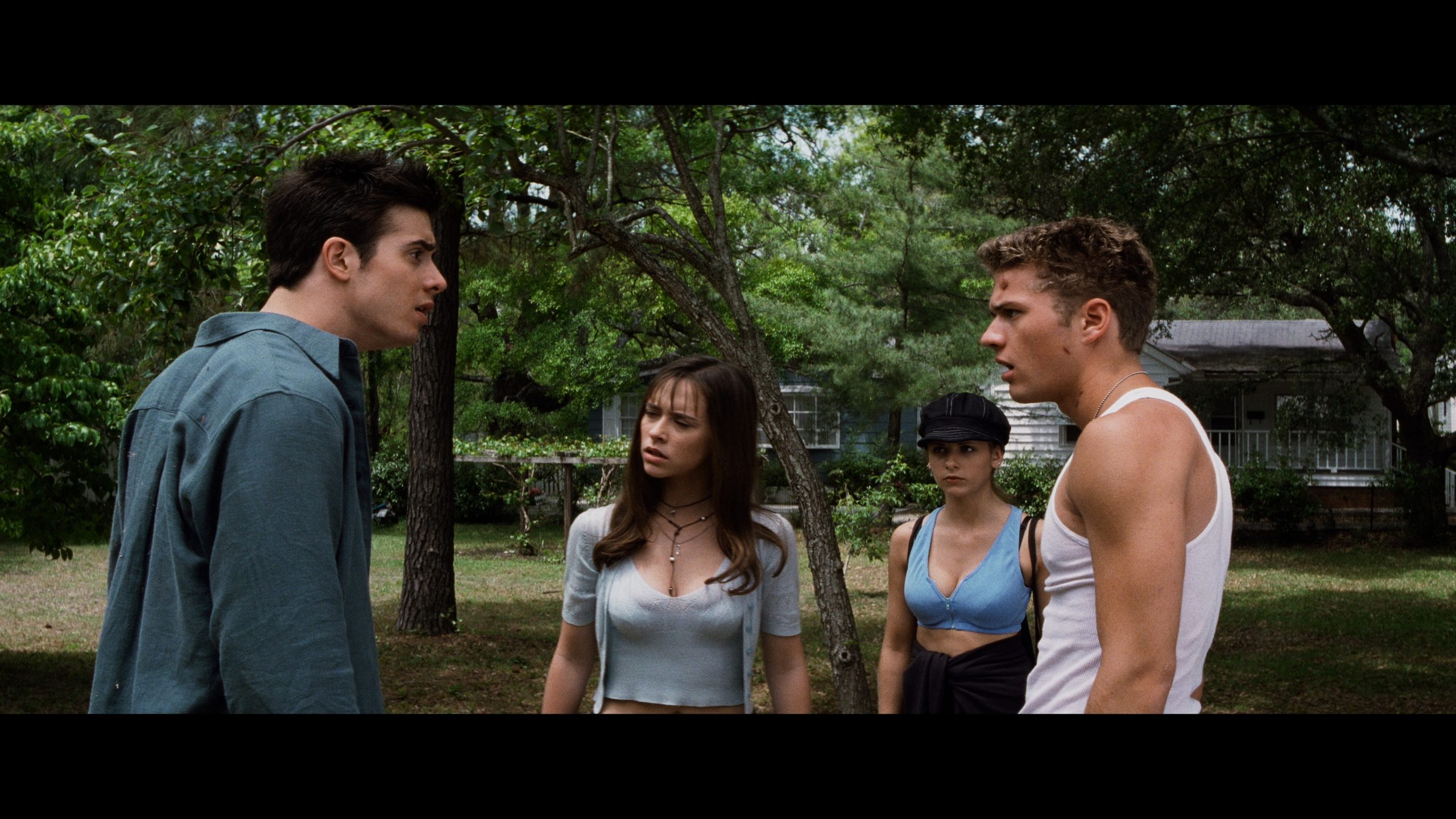 Sony issues a new 4K master for this release and it’s an uneven effort. The immediate positive is resolution as the sharpness defines every line. Grain, thicker than some, resolves easily. This lets detail flourish. Texture stands out in close-ups, and from afar, the same definition shines.

It’s the other changes that draw ire. Over-saturated color looks as if the TV were set on vivid. Flesh tones exaggerate in the extreme. Other primaries, like the blues dominating night scenes, glow unnaturally. Every color looks the same, blown out and heightened.

While contrast doesn’t spare much in reaching a hearty peak, it typically avoids clipping. The same isn’t true of black levels. Those crush at a constant rate, blotting out any shadow detail. There’s nothing left in the darkest parts of the screen. It’s as if Sony wanted I Know What You Did Last Summer to play on retail store screens all day on repeat, because it looks like something meant for Best Buy and casual consumers.

Sony includes a DTS-HD 5.1 track, but skip that. Jump into the massively impressive Dolby Atmos remix that is quite something. There’s an argument to make that it’s too aggressive, filling every speaker with musical flourishes, crowds, wind, and more. It’s intense, but incredibly done. The sublime precision keeps the activity high in every channel, and the heights find more use than in most mega budget modern blockbusters.

And the bass? Woah. I Know What You Did Last Summer blasts the low-end, substantially weighted and forceful. That goes for the music as much as the sound effects. Range spares nothing, rumbling and shaking the room anytime it’s activated. Waves slamming into the shoreline beach collide into rocks, producing a generous, thick force.

I Know What You Did Last Summer

An all-star ’90s cast headlines I Know What You Did Last Summer, a competent teen tale of regret, grief, and moral responsibilities with a fish hook killer.