Post-Scream, the teen horror genre found a niche, and with it came the copycats. The Faculty, Urban Legend, and Idle Hands (among numerous others) joined Disturbing Behavior. If any deserve to be forgotten, it’s the latter.

Infamously recut, altered, and effectively chopped down to nothing by studio execs, Disturbing Behavior comes off as desperate, and in trying to engage a teen audience, hopelessly inauthentic. The script plays like adults writing modern teens, utilizing “hip” dialog and angst-y monologues to give grunge-era kids something to relate to.

James Marsden hammers in Disturbing Behavior’s core idea, rebelling against a controlling society by shouting to his parents, “What about what I want?” as if he were only teenager to ever feel constrained by rules and authority. Marsden plays Steve Clark, the archetypal new kid in town, slowly sucked into a body snatching conspiracy that – with sheer horror – turns students into straight A learners.

Unfortunately, their grades can’t counteract a propensity to violence, or silence hormones. To the extreme, converted teens reject sexuality, killing one another over their urges, or lashing out when rejected. Disturbing Behavior takes aim at masculine jock culture, making heroes from those refusing to conform – pot heads, emo kids, and general outliers.

It’s a marketable idea, aiming to lure viewers who feel out of place in society – and for 16-year-olds, that’s nearly all of them. Disturbing Behavior lacks the satisfaction when Steve takes aim at his opposition since the presentation feels so artificial. A few standout horror sequences aside (excluding a dismal mental health facility scene), Disturbing Behavior feels like the efforts of group think sessions, repeatedly trimmed and cut to the whims of hormonal high schoolers who sat for pre-release screenings. Cool as it wants to be, Disturbing Behavior represents more the want of the corporate, ruling-class-esque clique it purports to rebel against. 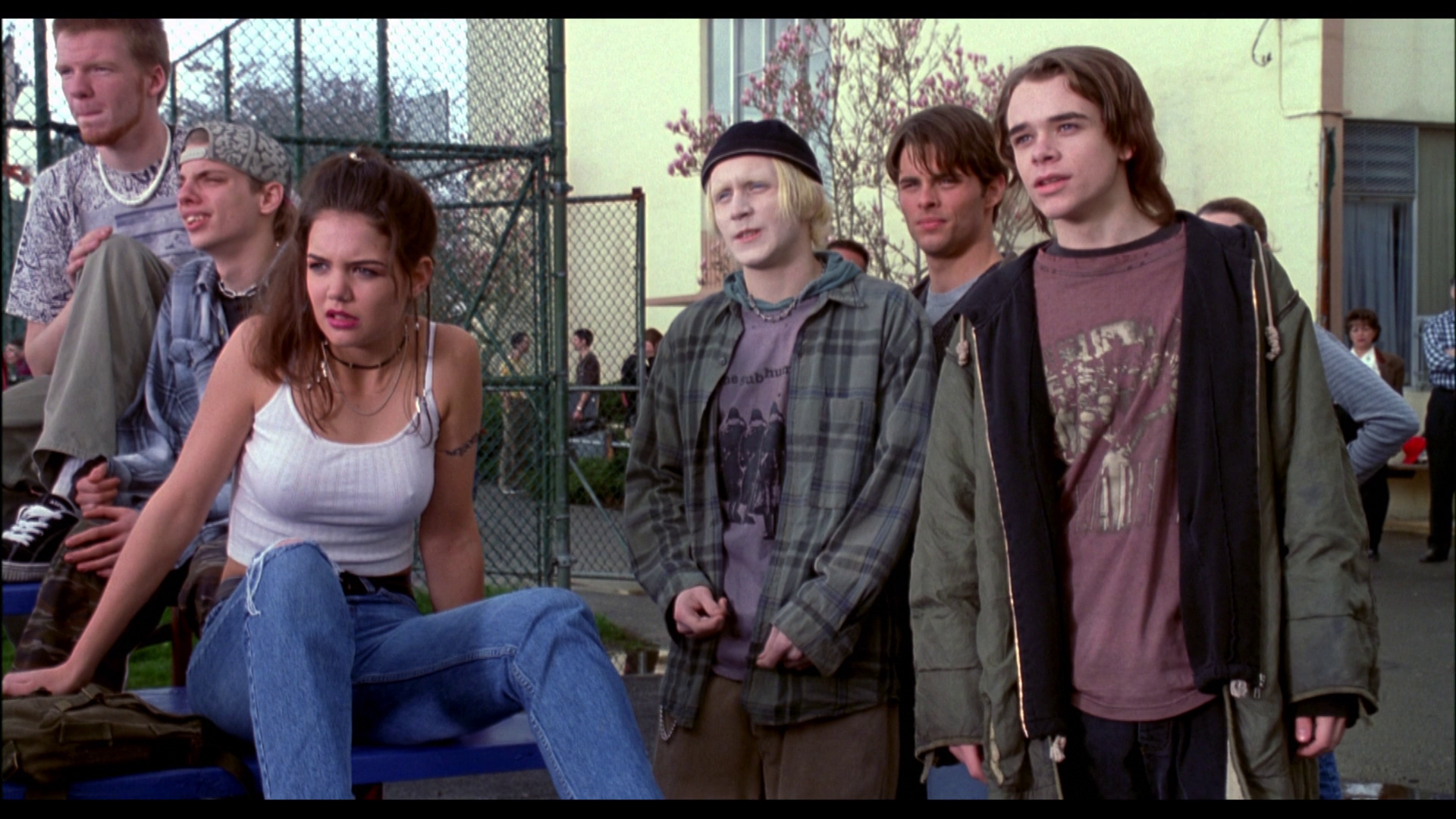 Fidelity sags while color makes an impressive leap in density. Vibrant flesh tones and the Blue Ribbon Club’s blues stick out, naturally rich without digital alteration. This goes as much for daylight scenes as it is for night. Anything sticking from the shadows catches enough light to shine.

Black levels show density, if not enough to hide off-color grain in those darker areas. Any crush comes back to the cinematography. Highlights clip a bit when peaked, but otherwise sustain an excellent pop.

The 5.1 mix is offered in DTS-HD and a companion stereo track is PCM. Picking the surround track, range comes out slightly excessive when the action hits. It’s loud. Directionality doesn’t excel in any grand way. Mostly, it’s the score filling the soundstage. The low-end rumbles marginally, barely noticeable at times.

In the post-Scream teen horror movie glut, Disturbing Behavior is near the bottom of the list.