“Played straight despite the concept’s absurdity, Crawl brings genuine thriller tactics between moments of blundering decision making. There’s not much call to take action against climate change – good luck convincing skeptics typically docile alligators will eat them during a hurricane – but that’s no doubt the intended catalyst. Barry Pepper and Kaya Scodelario fair fine, a made-for-the-screen broken family dynamic at play amid the attack. At 80-minutes, Crawl doesn’t have time to bore.”

Read our full review of Crawl for more

Originally bypassed for UHD its initial home video release, Crawl gets a double dip from Paramount that’s deserved considering the 4K source material. From a pure visual standpoint, the improvements courtesy of a Dolby Vision pass are worth it. Crawl improves notably in contrast. Gains in brightness weight over the early scenes before the storm takes over entirely. Black levels shine in their own way, dense, powerful, and potent in the basement sequences. Dimensionality thrives. Flashlights and lightning keep a steady blinding brightness throughout.

Digital work leaves behind some noise, handled well by the encode, albeit messy when at a peak. Damage to the imagery is minimal, thankfully. Facial definition galore pops from this disc, resolving the soaked faces even when in low light. CG exteriors, even at lower resolution, show great definition.

Enhancements to color excel too, from Kaya’s orange sweatshirt to the dominating grays outside. Flushed flesh tones appear stellar, and Crawl doesn’t desaturate anything, even as the tension grows. 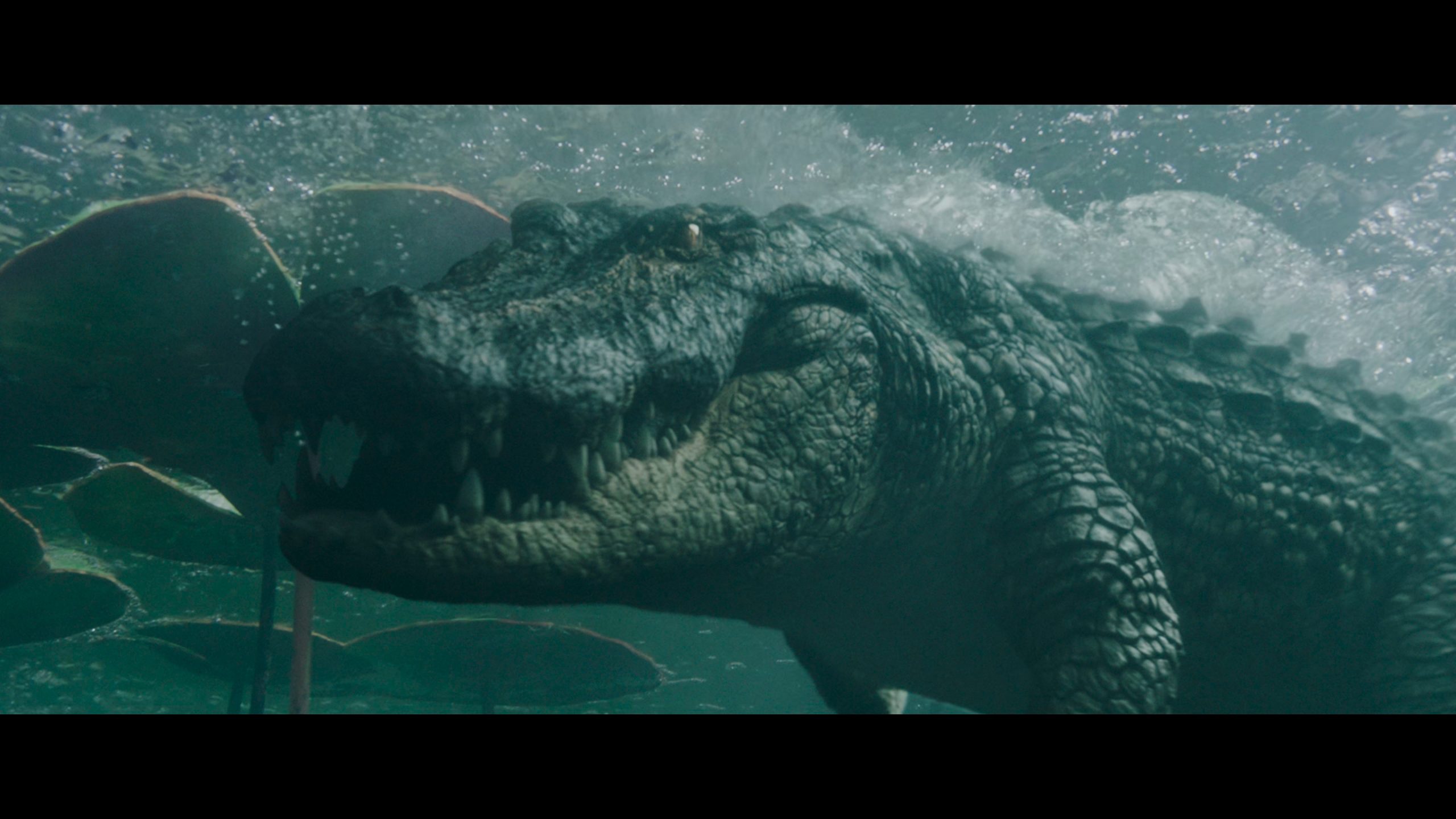 Crawl screams for an Atmos/DTS:X mix, but the choice is DTS-HD 7.1. To note, it’s great material. With all the rain and sound happening overhead, it’s also missed opportunity, especially for this re-release on UHD. Instead, it’s the same track used on the Blu-ray.

Then the LFE kicks in, hearty with a tight output. Action scenes push extremes. Not uncomfortable, if enough to agitate sensitive members in the household. Range picks up as requested, certainly adding a jolt when going from dialog to an attack. Levees break late with an awesome thrust. Thunder finds a nice medium to play in, adding balance to this aggressive mix.

An alternate opening is presented as a motion comic, with a separate introduction from director Alexandre Aja, which is only 30 seconds. Seems like a waste to split them. Three deleted scenes add a small bit of character, running for six minutes. Beneath Crawl runs 28-minutes, richer than most BTS featurettes these days. The core idea is explored, and how the team came up with it. Category 5 Gators explores the effects process for 11-minutes. Then finally, there’s a compilation of Crawl’s alligator attacks that runs a bit over a minute.

Clever, tense, and persistently thrilling, Crawl is better than it has any right to be considering the killer ‘gator premise.