Although the scientists state with certainty a rogue planet will smash into the Earth in less than eight months, the UN decides the discovery is bunk. Newspapers mock the doomsayers for trying to gain headlines and incite panic. Of course the scientists know the two planetary objects are on a tragic trajectory.

Those political debates likely seemed absurd in 1951 – people will listen to mathematical geniuses and form a plan to save mankind. Now in 2022, the naivety is too real. People hear what they want to, and When Worlds Collide makes Don’t Look Up seem like an adaptation.

When Worlds Collide features the usual disaster movie schmaltz; love triangles and young lovers vie for attention in a movie where everyone paid to see extinction-level events. There’s some of the latter, if not much. When Worlds Collide involves two planets, one swinging by Earth, the other slamming onto the surface. The former causes tidal waves and miniature-bound destruction to acceptable scale.

With the rest, When Worlds Collide explores human nature and whether self-control will ensure the species will survive. Sydney (John Hoyt) represents the capitalist endeavor, a man who believes money can buy anything even if cash is rendered worthless. He no longer connects to humanity, and joins this effort to send a rocketship into space purely for his own life. Others are selfless, refusing prized seats onboard to give the 40 people selected a better chance on a new world.

It’s told in often preachy monologues about doing right and trusting civilization will do the obvious thing to save itself. After the UN rejects his theory, Cole Hendron (Larry Keating) still thinks humankind will hold together as cataclysm looms. He’s either a fool or impossible optimist. Sydney’s cynicism isn’t wrong – people take up arms to charge at the rocket in anger. The only difference is how long those not chosen for the journey wait to attack.

In a pre-moon landing world, When Worlds Collide ends on hopeful, colorful joy. Those stepping on an alien planet earned their chance by being the best people, and despite the ludicrous idea and eye-rolling science, they all survive. When Worlds Collide isn’t a story about futuristic machines, but how we can advance toward a new society. 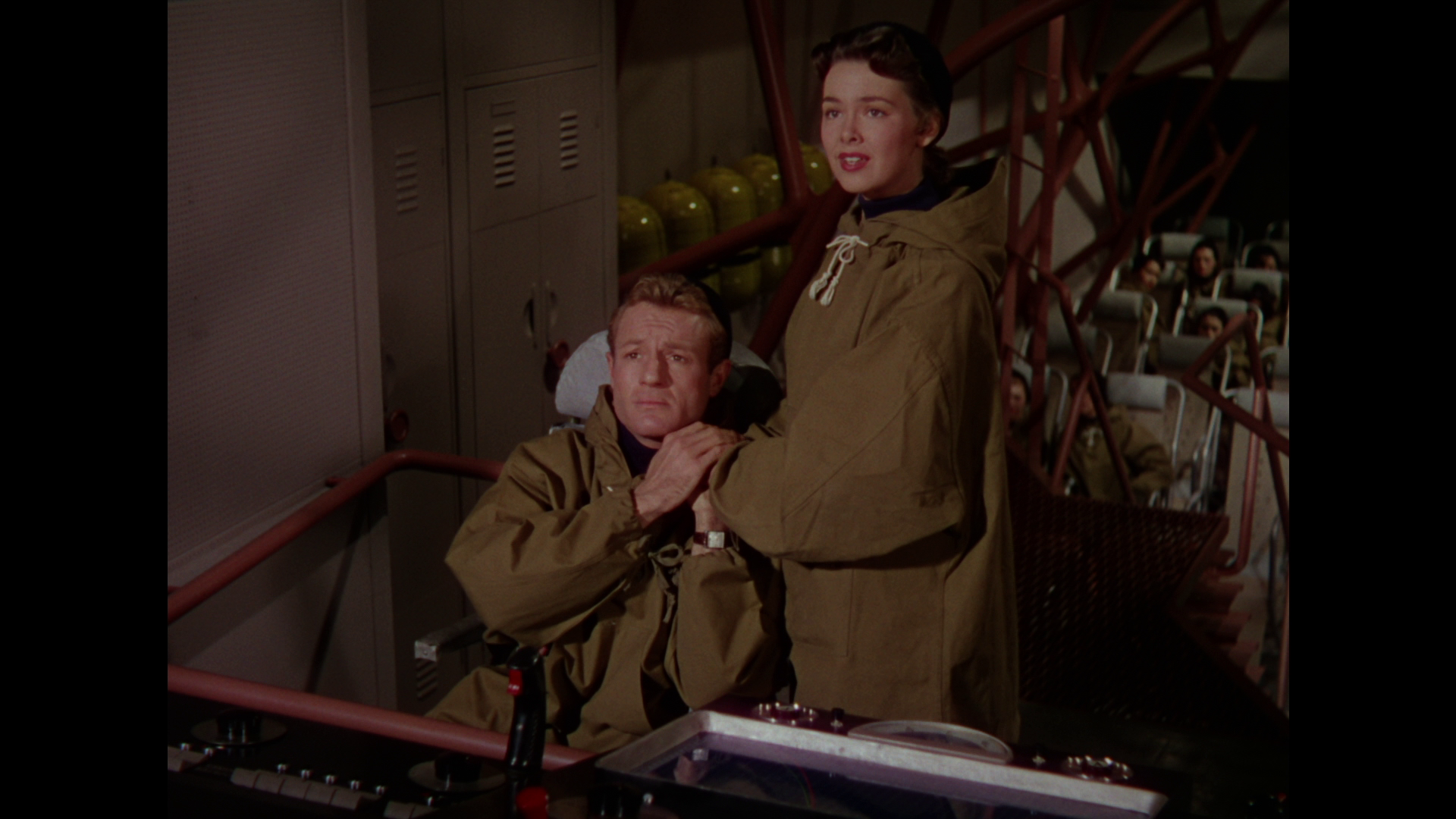 Why Paramount chose to keep When Worlds Collide on Blu-ray when the packaged War of the Worlds sees a 4K release is a mystery (or not given the studio’s insistence on double dipping). Clearly this master is ready for UHD. The print itself shows excellent brightness and it’s spotless. Grain replication looks flawless and more importantly, intact.

Sharpness all around stays steady and pure short of the chemical dissolves. Detail breathes in these conditions, texture superb and consistent unless the cinematography dictates otherwise.

Wonderful color reproduction invigorates flesh tones, bringing them warmth and life, if with a heavy warm tint. Primaries sing when in full. Contrast shows no signs of losing its allure, giving When Worlds Collide a genuine luster. Dimensionality excels due to this and the dense black levels.

One scene at 56-minutes draws ire. Resolution dips for no apparent reason, and compression looks equal to the DVD. It’s brief, and just a conversation scene, but the difference in quality sticks out.

A moderate low-end thump from the DTS-HD mono mix offers some depth to this vintage audio. That’s surprising and even bold considering the limitations at the source, giving pop to the score’s dramatic moments.

The rest sounds pure, if typical for the period. A slight rawness in the dialog and wobble is audible when the score peaks.

Packaged inside War of the Worlds’ UHD, the only bonus is a trailer.

While the science is no less than absurd, When Worlds Collide tells a fantastic tale of humanitarianism and space exploration.