A Bad Day to be a Rabbit

“Sex is the downfall of everything in Fatal Attraction. Giving in to lust, having an affair – nothing is worse in this conservative world. Sex makes women crazy and men paranoid. It breaks families apart, and leads to abortion. To Fatal Attraction, New York was like it was because those at the top gave in to desire, and their focus became insular.”

Read our full review of Fatal Attraction’s Blu-ray for more.

Mirroring Paramount’s recent Blu-ray, the same mastering quirks in the first act continue on the 4K disc. Grain floats above the image unnaturally, leading to smearing and obvious filtering. Then, things clear up, resulting in a firm, natural image, if still inconsistent in spots. Fatal Attraction isn’t pushing high-end detail (ever), but the minuscule improvement from the HD disc is there for those with larger displays.

Dolby Vision helps bring the color back to normalcy. Flesh tones were odd and awkward before, but grading performs far better on this format. Other colors stay restrained, even flat.

However, contrast doesn’t look improved or bettered at all. Even in bright sunlight, peaks appear mundane. Black levels introduce limited depth at best. Fatal Attraction’s flatness doesn’t help or provide the usual benefits in the jump to 4K. 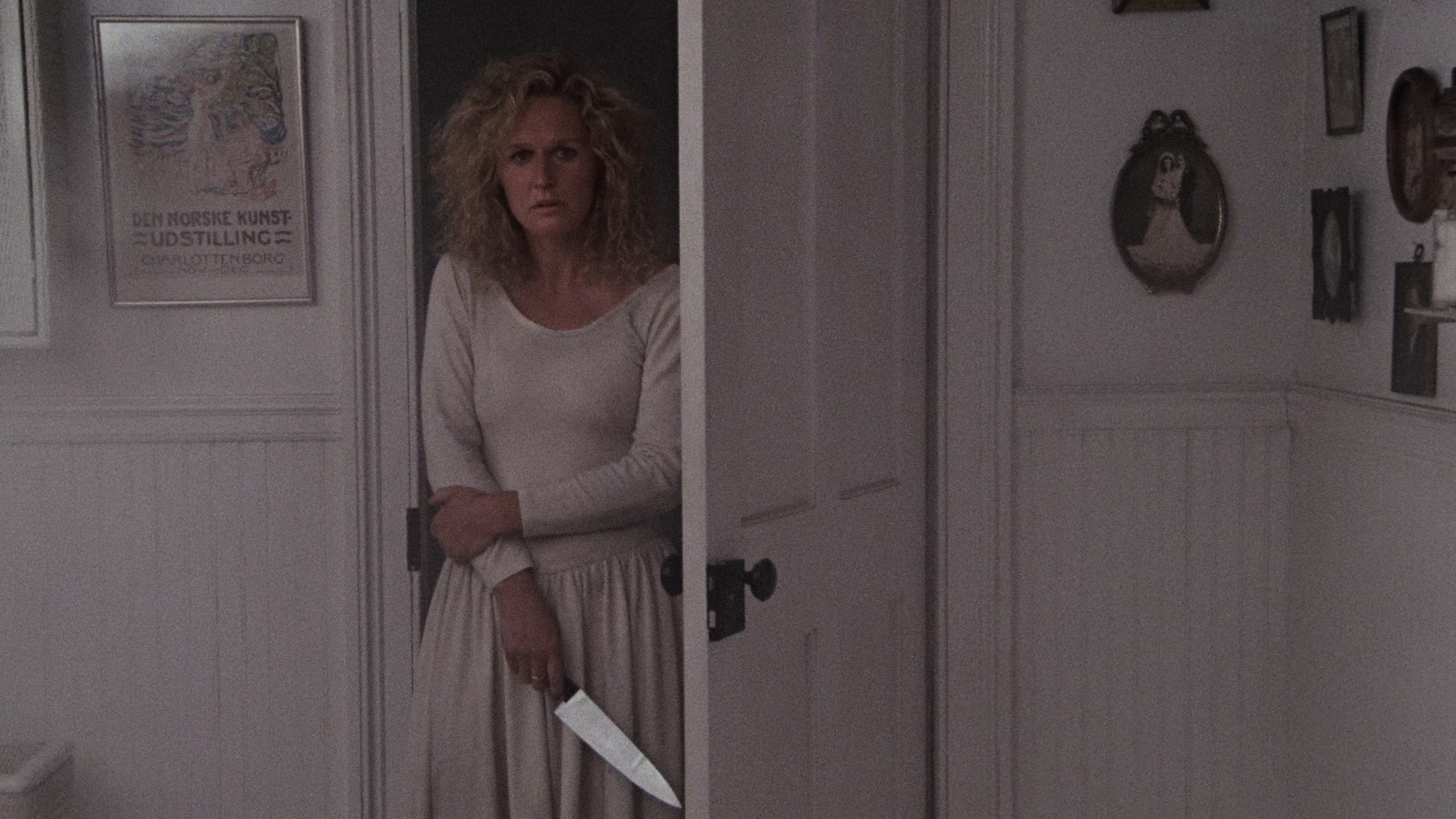 The TrueHD 5.1 soundstage generally plays with the stereos, and it’s the same mix as the Blu-ray. Sound naturally separates between the fronts. Nothing betrays the original design to any notable degree. Rear speakers rarely do anything other than send out limited ambiance on city streets or at parties. A roller coaster ride is the only standout moment where surrounds pick up.

Director Adrian Lyne steps in to look back on his work, running a little under eight minutes. He’s also involved with a solo commentary, an introduction to a lengthy alternate ending (12-minutes), and brief rehearsal footage.

A tense, sensual, and yet terrifying thriller steeped in luxury, Fatal Attraction still has its hold decades later.