A loose sequel to The Flying Guillotine, this aggressive second installment sees a tyrannical emperor terrorize rebels with the invention of a deadly double flying guillotine. Also known as Palace Carnage, the 1978 Shaw Brothers movie is known for its gruesomely awesome finish which sees virtually no one left standing.

Despite fewer on-screen beheadings than the first movie, the violence and bloodshed remain thick in the slick martial arts action. There’s no real reason to catch the first movie before Part II; different actors play the main character and they don’t even share the same director. Flying Guillotine Part II has no relation to Master of the Flying Guillotine other than sharing their titular weapons.

What this sequel does correctly is stronger practical effects bringing off the vaunted flying guillotines. It’s a vast step up from the original. The action is typical Shaw Brothers with a focus on bloody swordplay and fighters acrobatically dodging the guillotines in battle. The fights are effective and worth the price of admission, culminating in a shocking finale which leaves almost no one left alive.

Flying Guillotine Part II is solid, middle-of-the-road Shaw Brothers kung fu cinema with enough wrinkles to satisfy even the most jaded genre fan. The plot is messy thanks to the movie’s troubled production history. However, the final product delivers fierce martial arts battles and a line-up of impressive female fighters. 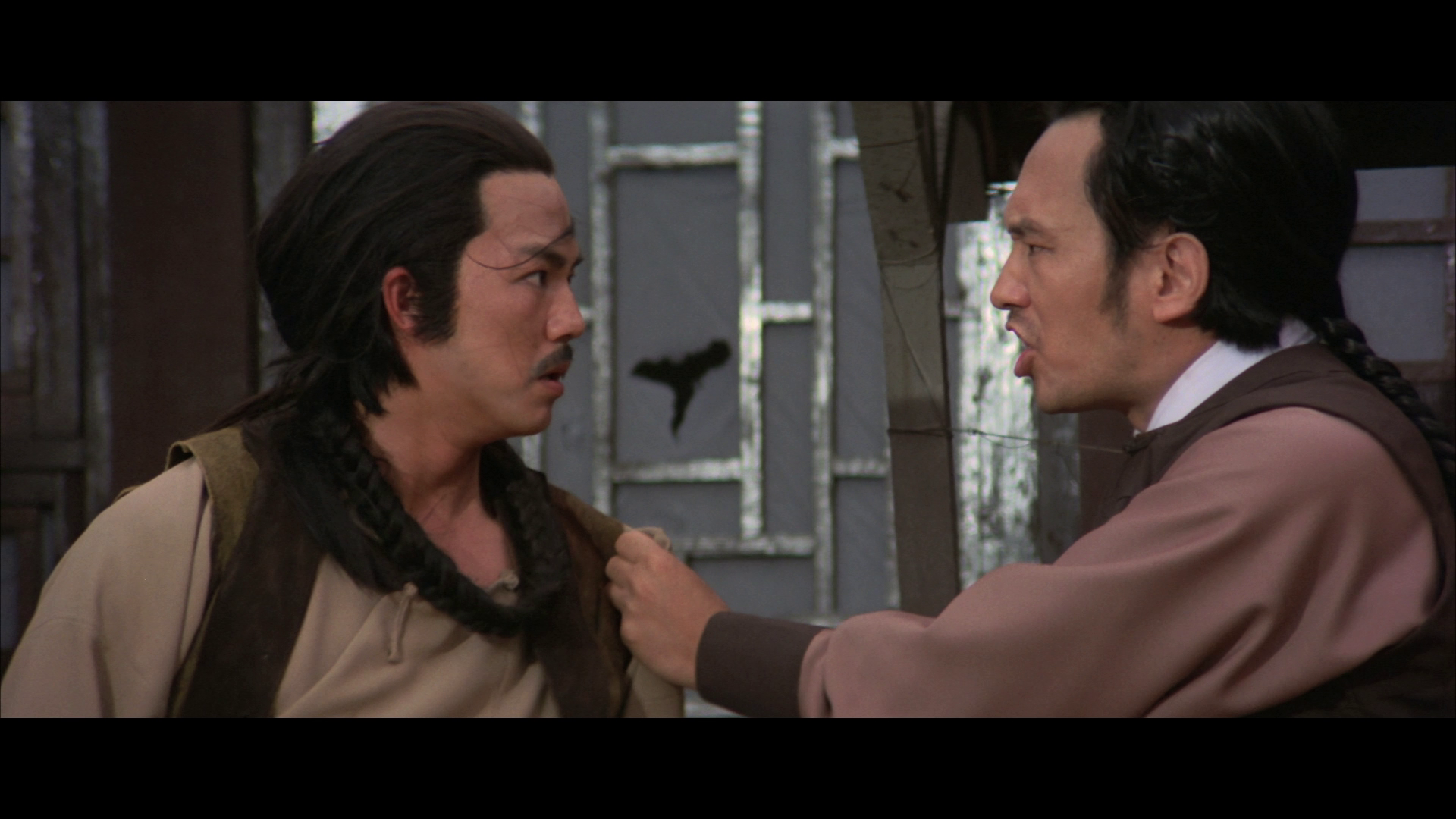 It’s a film-like transfer loaded with fine detail and a warmly even contrast. Unfiltered with strong definition, this is easily one of the best transfers licensed from Celestial Pictures’ Shaw Brothers catalog on BD. Some inconsistencies abound, a product of how the film was made.

The main feature runs 92 minutes on a BD-50. A transparent AVC encode tightly replicates the negative. The elements are in top condition with no evident film damage, almost pristine. Mumps and patches of softness reflect the original cinematography’s limitations. The director heavily uses camera zooms, which does occasionally impact the video quality.

A mono English dub and the original Mandarin soundtrack are both heard in 2.0 DTS-HD MA. While not the strongest or most memorable dub for Shaw Brothers, it’s a highly competent track with effective voice acting. You really can’t go wrong with either soundtrack.

Optional English subtitles play in a white font inside the scope presentation.

Supplements are scant here but the commentary does a decent enough job providing some of the movie’s troubled production history.

The disc is coded for regions A & B.

A satisfying martial arts adventure from Shaw Brothers hits home with a spectacular death battle and a huge body count.