The theme, as it is with most single location thrillers, is pure survival. That’s Abby, left alone when her father ventures out for help after a crash. Showing occasional bouts of ingenuity, her dwindling mental state causes her to make grotesque decisions, but it’s on the filmmakers for drawing out shock value rather than dramatic force.

Ironic fatalism can work. The Mist’s brutal ending is memorable because the anguish matches the relentless horror humor. Frost tries something similar, yet the dismally low budget strains to keep the situation plausible. Rarely does Frost come across as authentic, rushing through father/daughter squabbles, then sending the pair careening off-road in what feels like a few minutes of screen time.

Credit to Pinn for a believable performance. Pain rushes across her face constantly, and each wince brings Frost credibility even as it lacks the same elsewhere. This is her movie – star Vernon Wells mostly disappears midway through.

What Frost doesn’t have is the raw tension so critical to this sub-genre. The scenario feels wholly forced. It’s not enough Abby finds herself trapped in her car – she’s also pregnant and about to give birth. What’s initially a point of contention between her and Grant (Wells) isn’t mentioned again; the device is there only to heighten the final act’s brutality. Plausibility is difficult to sustain too considering soap bubbles represent “snow.”

At less than 80-minutes, Frost still doesn’t move fast enough to sustain itself. Maybe that explains the choices made to turn the last chapter so explicit, shocking the audience awake, and mindlessly, uselessly turning morbid. 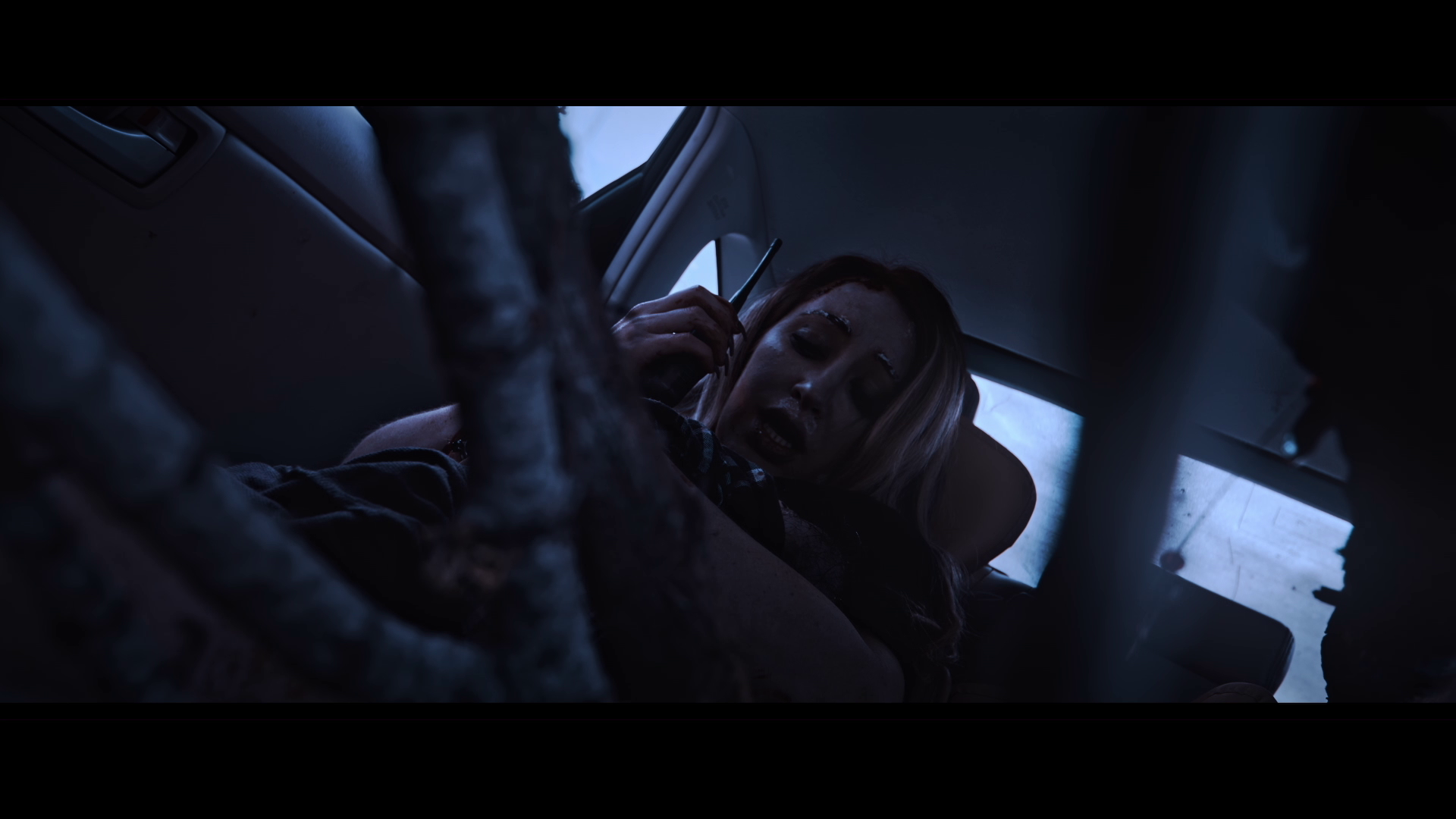 Grading washes away the color. Flesh tones display slight warmth early, yet faded. As tension grows, so too does the amount of blue in the image. All primaries disappear for the dramatic tone’s sake.

Dolby Digital is still a thing on Blu-ray thanks to releases like this. Both the 5.1 and stereo options come compressed. The surround option offers limited separation, staying primarily confined to the center channel. Given that, stereo is preferred for tighter, bolder dialog. Either way, recording quality is merely average, and the disc doesn’t change that.

A CD soundtrack is included inside the case, but the Blu-ray bonuses amount to an image gallery and trailer.

With limited tension, Frost only has so much to offer the single location thriller genre.