Although the title refers to Count Yorga’s return, that’s a plot element strangely absent from this sequel. Turned to dust at Count Yorga, Vampire’s climax, here Yorga just is, if suggesting the Santa Ana winds somehow blew him back into existence.

Regardless, Yorga’s reemergence begins a general retread, including a scene where two lead characters wander around San Francisco streets discussing vampires via obviously dubbed dialog. Yet subtle changes differentiate this follow-up, including a strengthened religious angle. In a nod to counter-culture, the script backs into logical fallacy when a reverend snickers at the thought of blood sucking demons, while determined to place his own faith in mystical beings. He dies, because ‘70s era cinema loved fatalism.

There’s greater sexual backing to Yorga too, whose bites produce not screams, but pleasure on his victim’s faces. Return of Count Yorga isn’t without frights though, notably a vicious, convincing home invasion by undead, the shots wobbly as if a panicked documentary, and unnerving noises – music-less – filling the soundtrack. It’s among the most effective vamp attacks in this sub-genre.

Otherwise Return of Count Yorga resurfaces the grand debate that certainly would emerge if a Yorga appeared in modern society. The first Count Yorga found its freshness here; the sequel recycles those philosophical doubts, one man noting humans put a man on the moon, and culture is long past such myth. The setting, mostly an orphanage, isn’t utilized in any grandiose way, sinister as the suggestion of a vampire trapping kids sounds. Return of Count Yorga deals primarily with adults wondering aloud if these creatures exist, arguing with others as to this new reality.

For a sequel, it’s odd to think Yorga’s first rampage didn’t make headlines, even fantastical ones, afterward. No one in this story connects these events, turning this into a stand-alone film. Star Robert Quarry is sensational in this role though, and even on his own, he’s enough to carry the material. 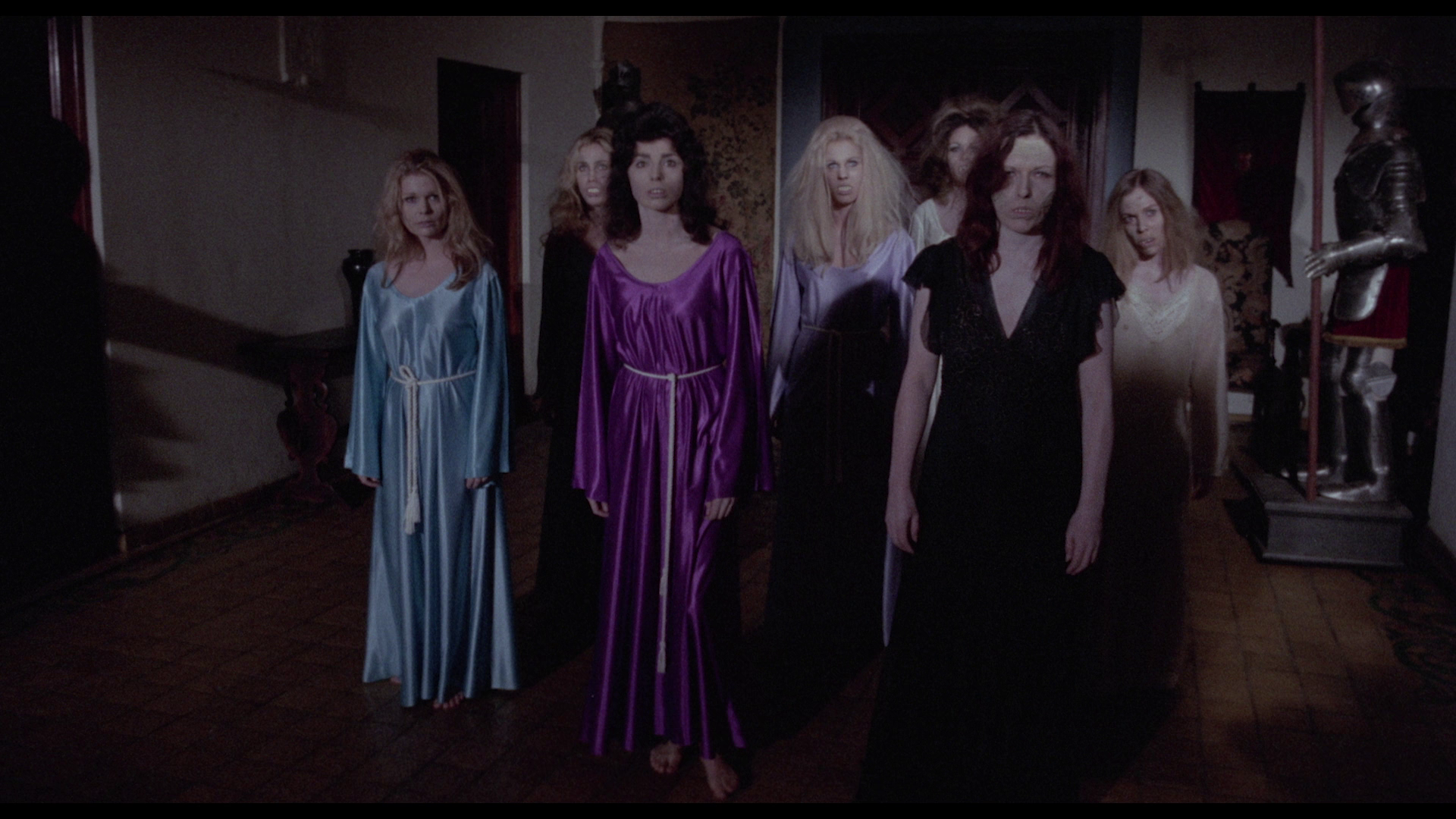 Arrow states this transfer is struck fresh from a 4K scan. Oddly, the first Count Yorga was done at 2K; only disc producers can explain that one.

Anyway, the pleasingly gritty film stock shows excellent grain reproduction all around. This stock appears on the cheaper side, so the struggle is constant for this encode. Thankfully it holds. The print itself needs a clean-up pass since dirt and nicks appear constantly. Luckily, few are severe.

This new scan brings out enormous texture, aside from focal softness. Facial definition looks spectacular and consistently so. Overall sharpness shows splendid precision all around.

Mono audio supplies Return of Count Yorga with satisfying clarity, and that includes the dialog. It’s clearly aged, if not struggling to reproduce the lines. The score isn’t perfectly pitched, wobbling a touch. Thankfully, range doesn’t venture far on either end, well controlled and clear.

Packaged with the first film, the disc opens with a new commentary by Stephen R. Bissette. An older commentary with David Del Valle & Courtney Joyner joins this package. Critic Mailand McDonagh pens a video essay on Count Yorga’s counter culture influences. Music historian David Huckvale discusses the score to both films in the next bonus. Kim Newman pops up with his appreciation near the list’s bottom, with radio ads, trailers, and image galleries bringing the finale.

The Return of Count Yorga

A recycled sequel, The Return of Count Yorga breaks from the formula with some stellar – and horrific – vampire attack scenes.