That changes more than the set dressing. Most vampire films give doubts as to the mythic creature’s reality; that’s standard. Count Yorga has the benefit of hindsight, where the coastal culture is accepting of outside ideas like seances, but sees undead bloodsuckers as going too far.

Though the cast is limited aside from Yorga (Robert Quarry), the heroes spend time debating the existence of this supernatural entity. It’s too unreal, a concept for the weak-minded who shared beliefs in werewolves and sea serpents. Society, for them, is too mature and all-knowing to fall for ridiculous fantasy. They reject the idea until it’s no longer possible to.

While the script is typical and execution lower budget, the result proves captivating, especially the suave Yorga expertly hiding his true self. He’s experienced doubters in his extended life, and knows how to shut down the curious until he’s faced with potential death.

Science explains (partly anyway) Yorga’s traces via bloodwork. It’s loose, but sensible. Count Yorga can’t hide behind the towering castle and full moons like predecessors often did. To make Count Yorga eerie is to make it defined, to squelch the dissent toward fantastical ideas in the public that’s shared with the main characters.

Yet, using often classic techniques from Dracula’s brides, to the castle dungeon, to specially lit close-ups, or careful compositions that hide Yorga, there is comfort to this movie. It’s familiar, yet fresh. Fatalist, cruel, and brutal, yet with the patience of something from the 1930s. Count Yorga isn’t drawn out so much as it is purposefully slow, setting mood and tone by taking the appropriate time. 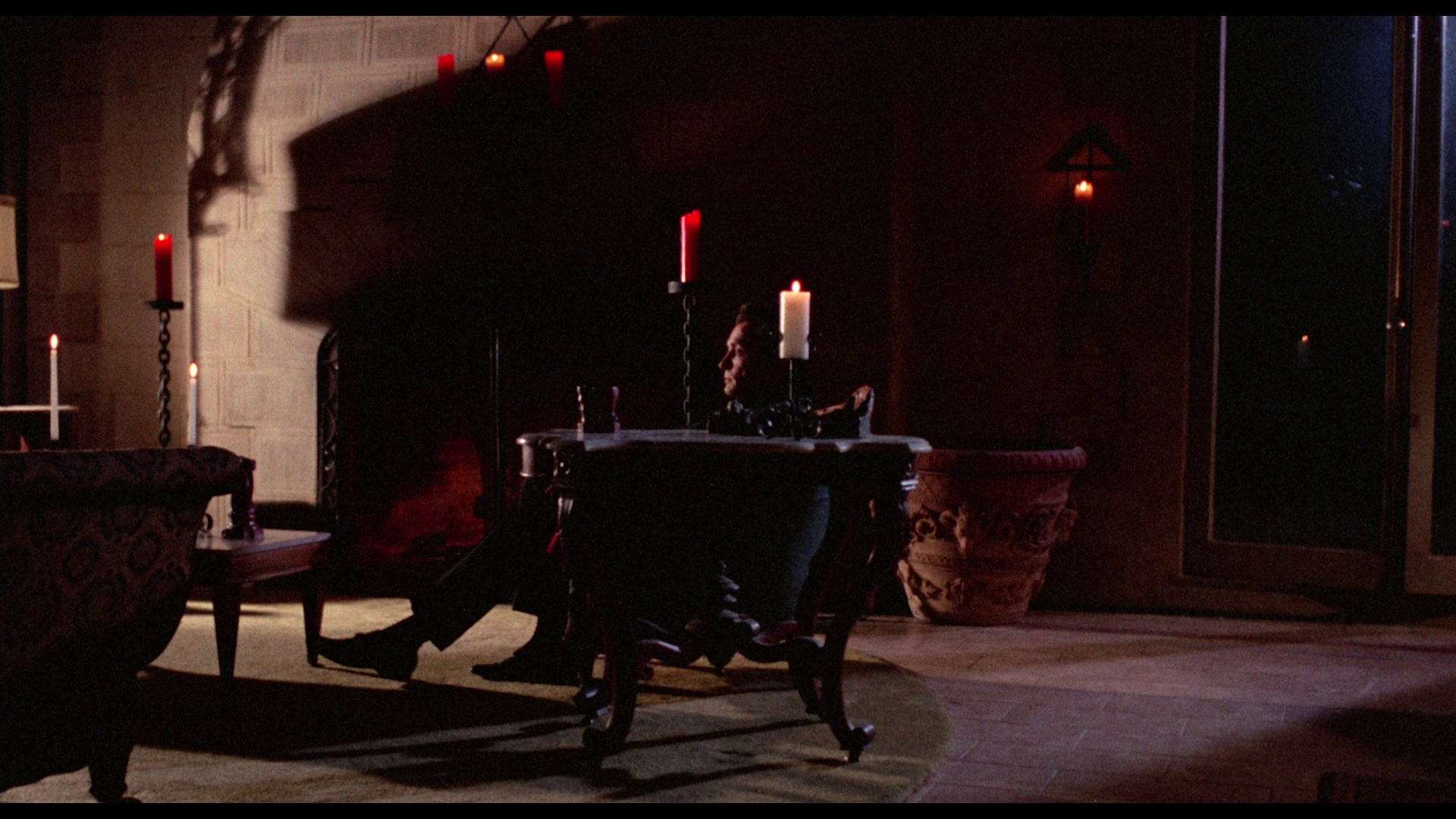 Count Yorga’s cinematography veers from exquisitely sharp to wholly out of focus every few seconds. Because of that, it’s difficult to wholly gauge the new master by anything other than those high points. Detail pours out, resolving facial texture galore. Definition remains high, helped by rich, bold color saturation. Primaries glow at their best, and rarely veer from that state.

Two commentaries, the first with Tim Lucas, the second with David Del Valle and C. Courtney Joyner. A new video essay comes from critics Heather Drain and Chris O’Neill. Frank Darabont shares his appreciation in an interview. Actor Michael Murphy recalls his involvement in Count Yorga in another newly produced piece. An episode of the Fangirl podcast discusses the project with filmmaker Tim Sullivan. Trailers, radio spots, and an image gallery finish Arrow’s release, which is packaged with the sequel on its own disc.