A Voyager Through the Stars

“There’s an error, undeniably, in assuming what worked for 2001 so readily transfers to Star Trek. Yet, it’s not without grandiosity. Much as the ponderous first trip around the Enterprise stalls any sense of narrative, when Jerry Goldsmith’s sensational score increases tempo, what’s created is a monument to pop culture. And, to Star Trek’s credit, its famously unlocked racial and gender barriers make the Enterprise matter when compared to the raw commercial appeal of the Millennium Falcon.”

Paramount sends out a new remaster for this release, and that includes a complete restoration of the original SD footage from this director’s cut. More than upscaling, everything is redone from the negatives at full 4K, bringing the additional footage into the modern era for a truly definitive version.

But then Paramount hits the digital tools too hard, generally during visual effects shots if not always, muddying the clarity with noise reduction that’s not acceptable. Grain turns smudgy, faces look waxy, and detail evaporates. This isn’t uncommon either; it’s a back-and-forth presentation in the first act. After that, Star Trek holds together gorgeously more often than not.

Sweeping improvements to the brightness enhance the various lights on board the Enterprise. Dazzling light shows in space include beam weapons or torpedoes, plus the various nebulae. Star Trek’s new dynamics embolden the depth, invigorating the late ’70s film stock. Black levels give a pristine backdrop in space, and interiors keep the density potent. Color keeps primaries rich but natural. Flesh tones keep their accuracy high. 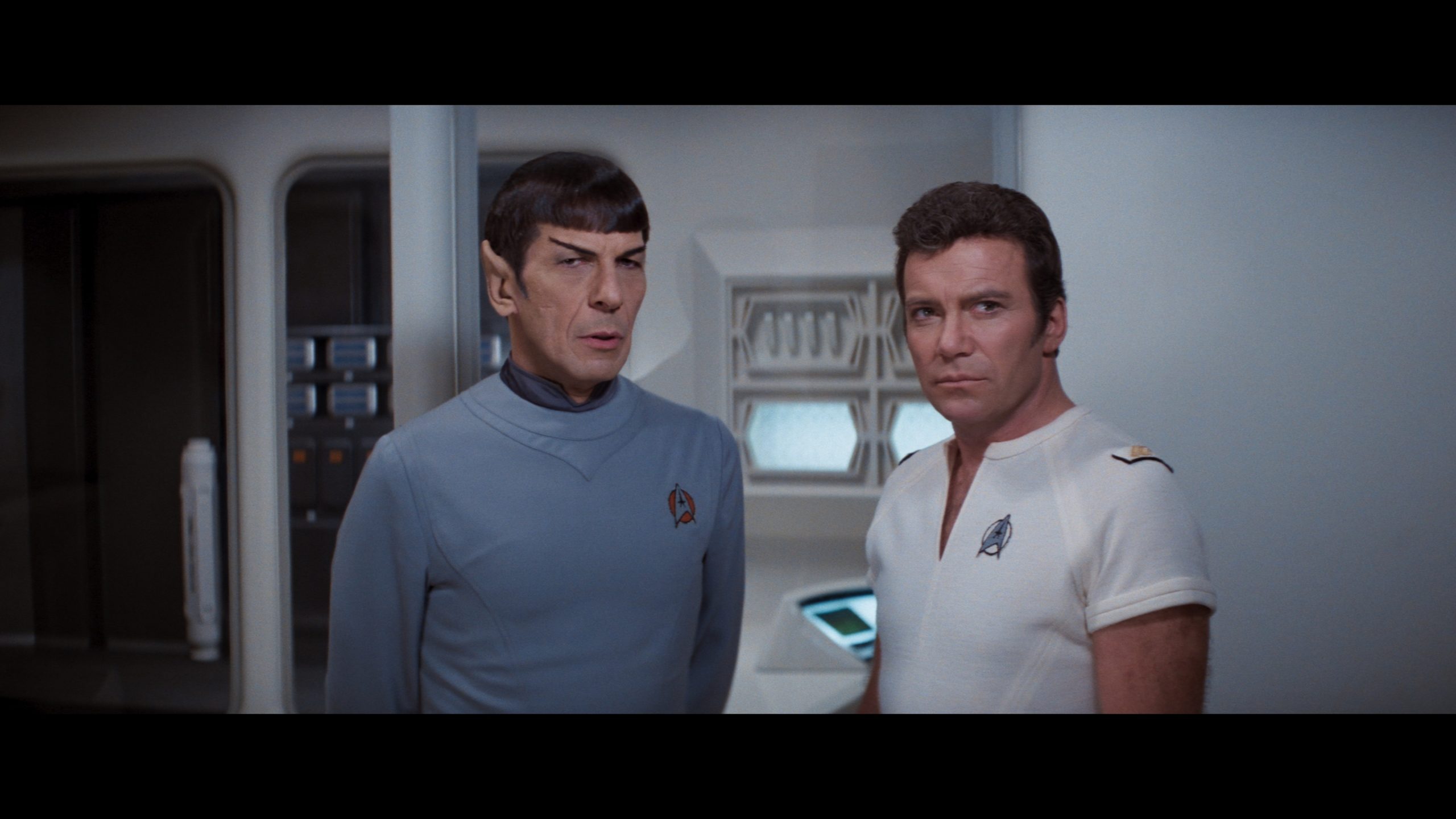 A jump into Dolby Atmos makes notable improvements, not only in positional work, but the low-end too. Jerry Goldsmith’s score hits forcefully, as every drum beat hammers the subwoofer. Ship engines rumble forcefully. Any attacks slam into the hull, pushing into the room via a hefty shake. It’s thick, tight, and doesn’t reveal an ounce of age. Rather, it sounds wholly modern, even new.

The same goes for the rest, every sound effect precisely placed whether in the stereos or rears. Previously, the TrueHD track showed the same attention to detail, but this is brighter and crisper. Dialog crumbles a touch in spots, but that’s the only evidence of age. Star Trek sounds as if it were mixed yesterday much of the time. When doors close specifically in a surround channel or the score sensationally parks a portion of itself in the heights, it’s magic, and among the best vintage upmixes to Atmos to date.

Other bonuses make this a complete document, a definitive disc release for Star Trek. This includes multiple featurettes, storyboards, trailers and more.