I guess there’s a small niche audience for Bigfoot or Bust but it’s not intended for most people. If you don’t recognize any of the fading actresses in the sprawling cast, this is not a movie for you. What if Andy Sidaris made a wacky comedy starring over-the-hill actresses, cutting out all the skin and action set pieces?

There’s no pretension here as Wynorski gathers up former “star” performers like Becky LeBeau, Christine Nguyen, Tané McClure, Lisa London and Rocky DeMarco (a pseudonym for Melissa Brasselle) in a wild romp made for men who remember these ladies’ former glory days. The older cast’s original heydays comprised serving as eye candy in the 90s and 2000s, centerpieces for low-budget b-movies and late-night cable fare intended for adults.

The thinnest of plots serves as an excuse for the actresses to change outfits while hamming up inane dialogue and silly action. Admittedly, there are a few laughs and it’s a decent whiff of nostalgia for those men who remember these ladies from their younger days. Bigfoot or Bust’s mature stars are all in their 50s. Watching them run around in bikinis and skimpy outfits for nearly 80 minutes eventually grows tiresome.

Doctor Dawn (Gail Thackray) assembles a team of buxom ladies looking to take Bigfoot down. Unbeknownst to them, a different team of women from the future have come hunting for Bigfoot. Some local hillbillies are also thrown into the mix for good measure. It’s a chaotic and sprawling ensemble, almost all former d-list video vixens now long past their prime.

Originally intended as a disposable skin flick, one of Wynorski’s stars suggested he turn Bigfoot or Bust into a comedy designed for wider audiences. Thus this monstrosity was born, a hammy adventure following a gaggle of buxom older ladies chasing a man around in a cheap costume. If you are looking for a little nudity, Bigfoot or Bust is a completely tame affair which scrupulously avoids any overt displays. An accidental nipple slip is blurred out.

There’s a certain fun energy given how everything meshes together but this movie mostly comes up as a bad joke taken too seriously. The camp value is off the charts but I doubt anyone unfamiliar with these stars will find the movie anything but tedious. Yes, the washed-up actresses flaunt their cleavage at every opportunity. When a movie’s high point may be a badly-cut montage of mature actresses goofing around on a trampoline like a bad music video, it’s hard recommending Bigfoot or Bust. 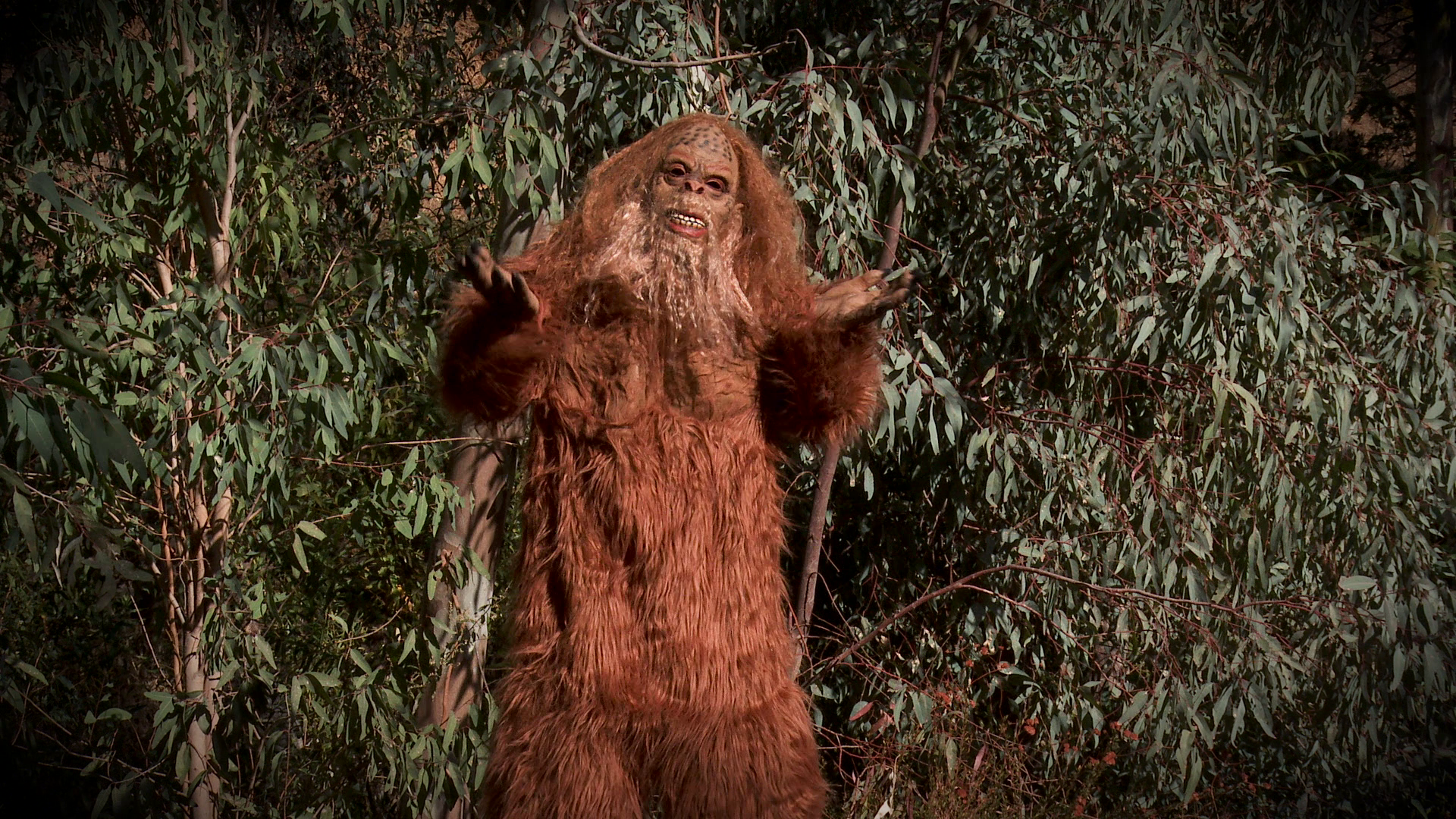 The main feature runs 77 minutes, encoded in transparent AVC on a BD-25. There are no evident problems in the glossy, over-driven video. This is largely pristine material made quickly and cheaply. The unfiltered transfer offers excellent fine detail in close-ups with no technical hang-ups.

5.1 DTS-HD MA audio does an adequate job with a modest surround design which fits the zany antics in Bigfoot or Bust. Bass is well formed and there’s enough immersion to keep listeners actively engaged. Dialogue is cleanly reproduced within the music’s bigger dynamics. A couple of cheesy songs and humorous scoring round out what is a decent soundtrack.

The disc is coded for all regions. MVD Visual puts together a fair amount of special features for what is a no-budget comedy.

Audio Commentary with Director Jim Wynorski and Cast – Lisa London, Becky LeBeau and Chuck Ciriano appear on this very loose discussion which may be more fun than the movie itself.

Behind the Scenes Featurette (16:50 in HD) – Raw footage from the set.

Pass on this cheesy slapstick comedy, which recalls the heights of Cinemax’s late-night films from the 1990s and 2000s with over-the-hill stars desperately flaunting their assets.