An early entry into the “genetic experiments gone wrong” genre, The Kindred treats its deformed tentacle monster as family. Brought to life by Amanda Hollins (Kim Hunter) using her son’s blood, this critter is technically a brother to John Hollins (David Allen Brooks). But then it eats people. Graphically.

It’s clear Kindred saved the budget for the finale

The Kindred makes the villains out to be scum – grave robbers and drug addicts, led along by an impossibly cruel doctor (Rod Steiger) determined to keep his monstrosities alive. They’re of an older generation, crude in their methods and divested from ethics. Heroes then, logically, hold on to the spirit of science, seeing the potential in this new field, and willing to understand what happened to Amanda’s work.

What comes next isn’t surprising, the two sides clashing over whether to preserve the grisly creature or destroy the thing. It’s the ancient Frankenstein debate, brought into the 1980s, and brutally so. The Kindred’s explicit gore, impressive practical effects, and gooey, oozing fight scenes make for a wildly fun third act, devoid of the talky morals from beforehand. It’s clear Kindred saved the budget for this finale, rapidly cut together, and sublimely so at that.

Getting there means meandering through routine character development and at worst, some dismal relationship issues. Vintage-like laboratory sets, beakers filled with glowing neon liquids and all, fill the visual slate for a bit, at least drawing the eye around the frame. Once in the crumbling house however, it’s barren and restrictive. That suffocates the pace and entertainment value between monster strikes.

With more ambition, Kindred may explore what’s human-versus-failed-experiment, but it’s too small for philosophical conflict. Kindred wanted to exploit genre flicks from the era, but chose something less supernatural than a Friday the 13th or Nightmare on Elm Street. In that, it’s distinct, even if the story plays out as expected. 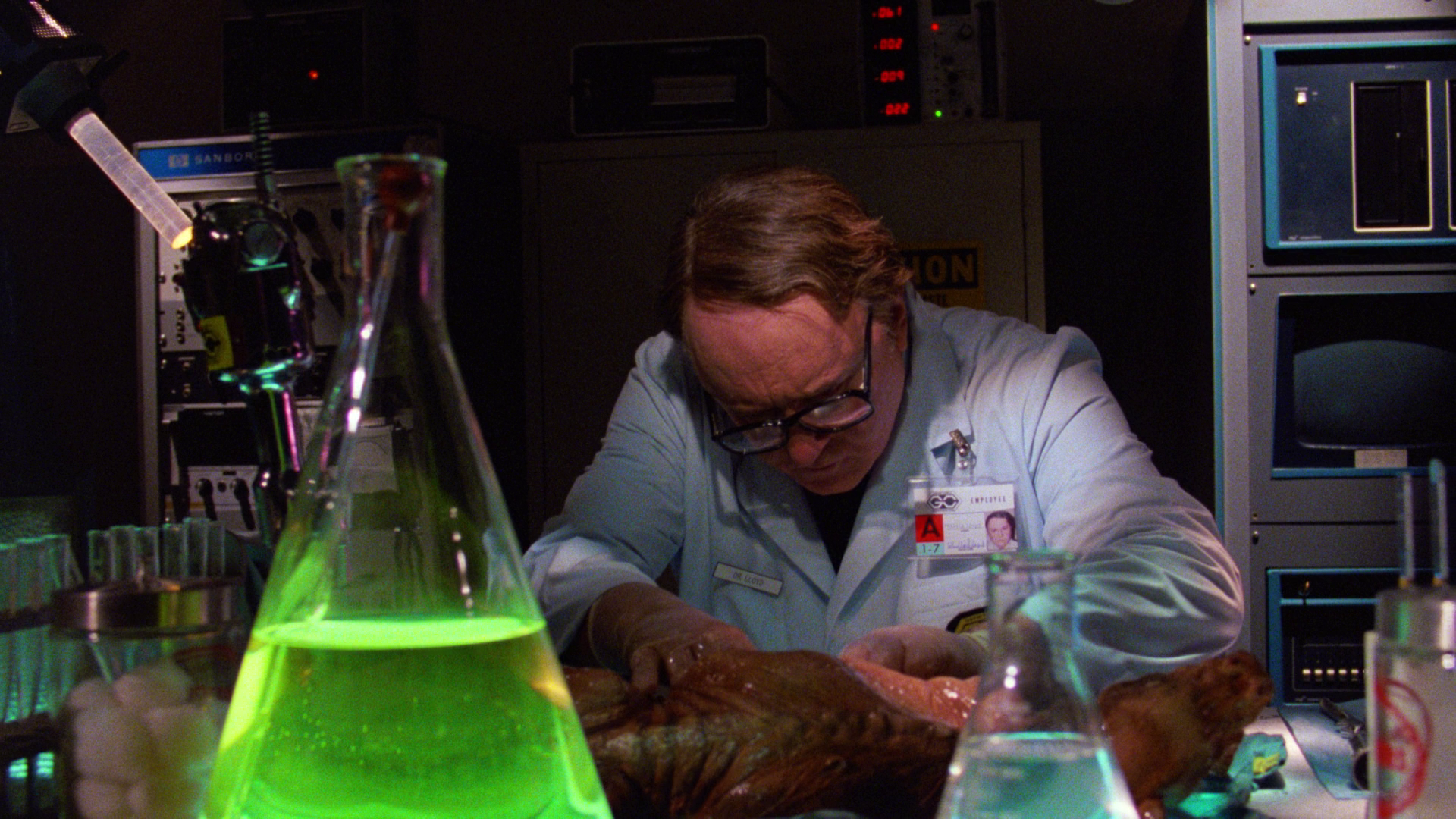 Dense, firm color makes The Kindred almost look hit with HDR. It’s not of course, but at a glance, this is convincing and striking. Deep flesh tones and heavy primaries look spectacular.

A lower grade film stock produces a hearty grain structure, preserved in this master. The encode has enough space to maintain integrity, free from noise. This lets resolution shine, and the definition soar. Facial texture stands out, even in medium shots. Clarity is sensational, and it wouldn’t be surprising if a UHD is in the works.

DTS-HD provides both a fresh 5.1 mix and stereo track. Stick with the latter. The surround effort is fine when forward/center facing. However, when trying to spread outward, the artificial qualities betray the design, and mismatched fidelity makes the sound effects/dialog stand out unnaturally. Loose bass isn’t appreciated either, merely a distraction from the otherwise well maintained material, free from imperfections.

A bit slasher, a bit sci-fi, The Kindred is kitschy creature feature filmmaking with an early lesson in genetic engineering.