About 20 years too early, Canadian Bacon satirized a patriotic fanaticism that feels more pertinent to the current era than George Bush’s Gulf War – or everyone missed the warning and Canadian Bacon became all too real.

Before finding reality made better comedy, Michael Moore cast his net over every facet of American culture in sardonic fiction. Racism, capitalism, war mongering, media, and political posturing all came under fire in this stop-and-go comedy that, sadly, lacked timing. However, the message still filtered through, brandishing a script that’s relentlessly critical, beginning at a weapons plant’s closure because the Cold War ended and so too did the need for weapons.

Canadian Bacon became all too real

To Canadian Bacon, the entire American economy rests on combat. So too do the President’s poll numbers. Moore’s sights hone in on a particular American phenomenon, the right wing militias and deluded gun owners fighting their own war against a nation they know nothing about. Or, aboot.

A war with Canada becomes an opportunity – a chance to profit, to be reelected, and all without having to do anything other than rile up the country. The miscalculation lies in how the message is received, and when the perfectly named Bud Boomer (John Candy) takes the attack seriously, Canadian Bacon finds its legs. An oblivious idiot, Boomer’s indoctrination sends him north, failing to pick up on how damned nice the Canadian people are. That’s a glancing satire too.

People like Boomer existed in the ‘90s when Canadian Bacon debuted. Their visibility wasn’t so obvious though, at least in numbers; the internet gave them a platform, and modern politics gave them a recklessly stupid cause. Moore saw the inevitability and ran with it before audiences knew how accurate this script was.

Seeing the panic in the President’s (Alan Alda) inner circle when their campaign turns into an actual war is Canadian Bacon at its peak, and again, all too soon. Morons raiding pizza parlors or even the US Capitol bring Canadian Bacon’s comical thirst for combative superiority into the light, but sadly, they didn’t cross the border, but wrecked their own homeland instead. Moore didn’t see things going that far south. His mistake was giving people too much credit. 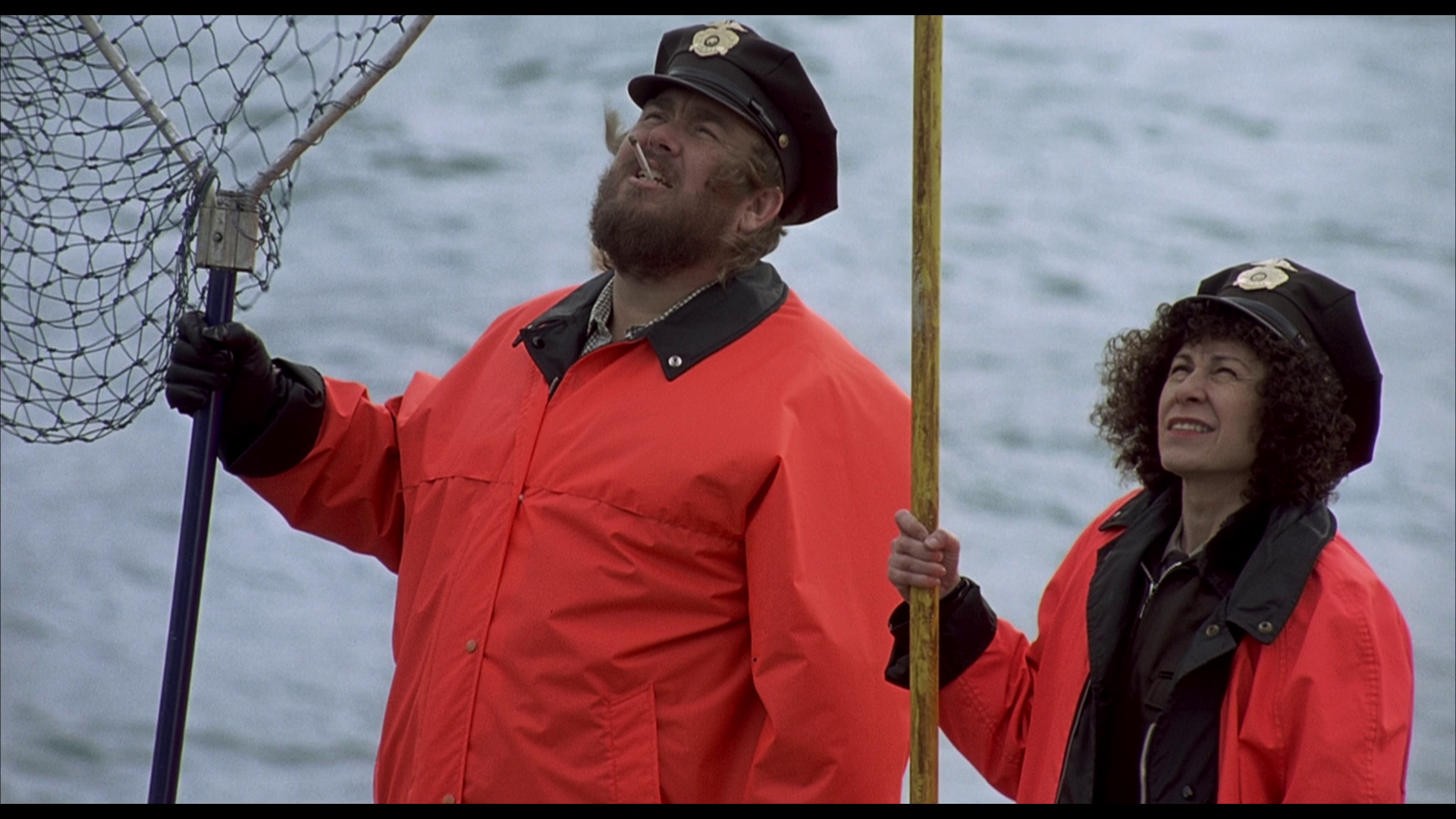 An average, older master ends up on this Blu-ray. Canadian Bacon shows plenty of dirt/dust on the print. Clean up clearly wasn’t a priority for this supplied scan, but MVD’s encode keeps up thankfully. Preserved grain remains clean and precisely resolved, transparent to the film stock. Low resolution brings limited detail, but aliasing is apparent on vehicles at a distance.

Contrast performs well overall. Canadian Bacon is brighter than it is colorful at least. A nice depth to the black levels keeps the dimensionality consistent.

PCM stereo brings little split between the speakers. But it’s a clear presentation, free from audible aging or any other fault like hiss/distortion. Mixing drops a bit low in volume overall. After a boost though, Canadian Bacon fares well for an older track, even without any detectable range.

Only the original trailer.

Ahead of its time, Canadian Bacon’s fired up satire spreads itself thin, but doesn’t miss any potential targets on the the way.