Scottish Werewolf in the Highlands

For a werewolf movie, Dog Soldiers does remarkable work in visually selling combat’s frenzied nature. It’s not necessarily a budget restriction as the camera shakes, waves, and wanders away from the monsters so much as keeping the fights off-balance. Directionality and a sense of place is frequently lost, walls closing in on viewers as much as the soldiers defending against a lycan clan.

Dog Soldiers works, or rather WHEN it works, in spite of languished pacing and stock scenario. Locking people inside a wooded cabin as monsters encroach comes from the cliché side of cinema. Making those people soldiers doesn’t change the circumstance, and if anything, forces them to blend together in their personality types; they’re interchangeable.

The energy isn’t there to sustain 100+ minutes. Breaks in the action clumsily try to separate out the characters, and the payoff should be emotional goodbyes when werewolves claim them as victims. That doesn’t happen. Instead, the focus lies with the superb effects work, and chaotic fighting, the means in which Dog Soldiers entered the cult classic pantheon.

It’s relentlessly violent, even ignoring the brutal gore. Gunfire, sword fighting, stabbings, and sharpened claws swing through the frame, always intense. Add in shouting, breaking windows, and cracking wood to complete a terrifyingly cut together creature feature. The aesthetic remains bleak and death a constant, this as people suffer grievous injury in full view of the camera. Watching these highly trained men fall apart sells the threat as much as the atmospheric, isolated forest vibe. 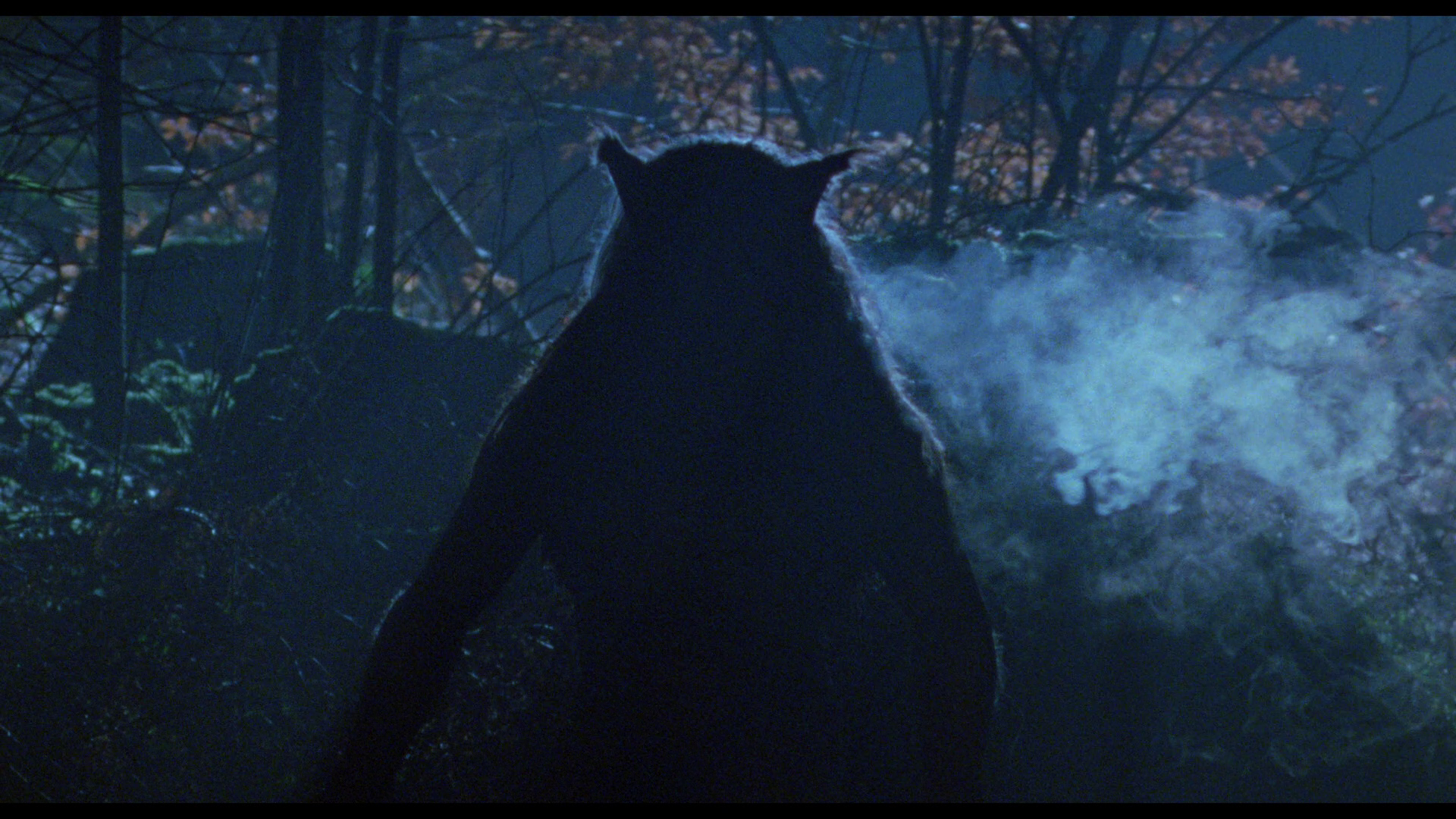 A merciful release given the dismal Blu-rays prior, Dog Soldiers finally looks as intended. The 16mm source can’t make significant gains in resolution, but considering those Blu-rays, texture and sharpness show improvement. Well resolved grain doesn’t struggle, remaining pure without the suggestion of being digital. This transfer looks like true film.

Muted color keeps the forest environments locked in on earth tones. Browns and greens dominate, the only reprieve being the slightly brighter flesh tones. Still, the trees display a consistently dense hue, and on occasion, moss will saturate to bring a little dynamism to the imagery.

Graced with Dolby Vision, routine contrast barely brightens. A few sparks from flames make themselves noticeable. Black levels stay away from the deepest levels, slightly raised. Dog Soldiers still brings dimensionality when it can though, and it’s hardly a loss. Crush is minimal and on the source material, not the disc.

There’s something amiss with the 5.1 mix on this disc. The volume is so drastically low, even a significant boost isn’t enough. Dialog is lost, sound effects fall away, and range is so pinched, Dog Soldiers’ surround track has more in common with compressed Dolby Digital than the stated DTS-HD.

Luckily a stereo mix is on offer, an marked improvement if still restrictive. Acknowledging the lower budget, range still doesn’t impress and everything occupies a middle ground. The channel split does fine work, adding the needed space.

Dog Soldiers doesn’t have the energy to sustain its runtime, but the viciousness and violence break the dull bits successfully.

The following six screen shots serve as samples for our subscription-exclusive set of up to 42 full resolution, uncompressed HD screen shots grabbed directly from the Blu-ray: