For Red Dawn, it’s not enough to sell the Russians invading a small Colorado town by paratroopers. It’s also the Cubans, helped because of illegal immigration, further spreading talking point fears. Yet, although the enemy comes equipped with tanks and helicopters, it takes but a few teenagers willing to sacrifice everything to overcome these odds – plus guns.

“Don’t cry!” shouts Jed (Patrick Swayze) to his impromptu rebel troops. To cry isn’t man enough, Red Dawn’s ultimate message to this Cold War generation. On Jed’s truck, a Second Amendment supporting bumper sticker – “You can take my guns from my cold dead hands.” Then the camera pans down to a face-down body holding a gun, and a Russian daring to step on this symbol.

Red Dawn adores the survivalist mantra, that delusion of living in a forest, chugging cans of beans, and knocking off the invading forces where possible. Some kids die, most theatrically, but enemy incompetence means the Russians (or Cubans) never see the teens coming. Explosions galore beat out the Rambo sequels for their sheer enormity and number, and faceless Communists fall en masse.

The script isn’t without emotion; most of it is melodrama though, especially Harry Dean Stanton, bloodied face and all, giving a speech to his kids from behind a prison camp’s fence. Jed’s moral center collapses when staring down a traitor, forced to consider troop morale, friendship, and fierce nationalist loyalty. Red Dawn quickly moves past this however, unwilling to engage in such a dialog since this might dilute the western-esque fairy tale, diverting from the bang-bang that sells weapon-based fetishism.

In 2022, this is a time capsule of utter nonsense. That someone remade this in a post-9/11 environment seems even more asinine. If there’s a defense, Red Dawn plays into the post-Vietnam anxiety, same as Predator, Rambo II, and others. The need to win, militarily, swept through cinema as the country tried to deal with a defeat. Putting teenagers as the central force for American freedom feels like an admonishment toward those who defied the draft. Red Dawn exists to scare kids into action by suggesting this is what happens when you choose not to fight. It’s ridiculous, yet never acknowledges as much. 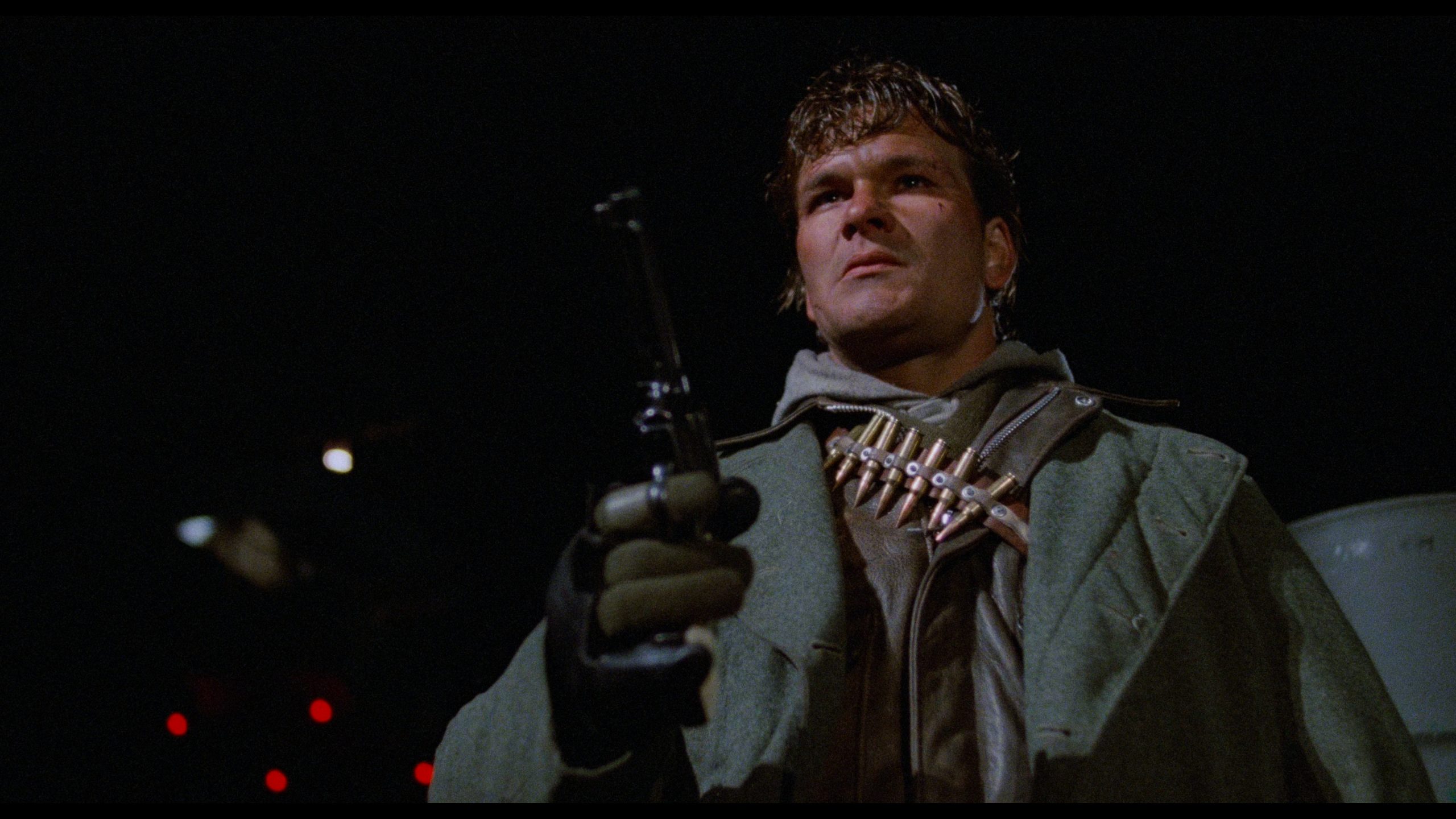 Impeccable work brings Red Dawn into the 4K era perfectly. This is a masterful transfer, handling the grain structure easily. The master itself shows incredible resolution and clarity. Sharpness sustains an impressive peak, resolving tight details when in close, but also the wide shots of the town. Streets and trees and weeds – they all show the film stock’s texture. Only the burned in subtitles cause image integrity loss, and that’s unavoidable.

Superlative color saturation props up the palette, giving intensity to every hue. Green Russian military uniforms showcase the heft. Flesh tones exhibit stellar accuracy. This doesn’t look dated a day, and if the negative faded with time, this master offsets that seamlessly.

Both DTS-HD 5.1 and stereo come on the disc. While the surround mix does add some space, the clumsy, loose bass calls attention itself. Bullets and rockets sweeping around the soundstage sound unnaturally loud, even if the transitions happen smoothly. It’s not organic at all, even compared to the flatter dialog. The stereo mix offers more natural audio overall, even if it lacks the bombast something like Red Dawn probably needs.

Shout includes four older featurettes, and a new one hour retrospective with multiple crew members discussing the behind-the-scenes stories. It’s fantastic, and the production values are higher than a lot of bonuses now. Note these reside on the Blu-ray only.

An utterly absurd, near-parody Cold War fantasy, Red Dawn’s dated mythos and patriotic bluster could only come from the ’80s.

The following six screen shots serve as samples for our subscription-exclusive set of up to 38 full resolution uncompressed 4K screen shots grabbed directly from the UHD: