DC’s Legends of Tomorrow finishes off a successful seven-year run on the CW with a wacky final season full of the usual mischief and jovial chaos fans have come to appreciate from the time-traveling superhero farce. While producers hoped a last-minute effort adding Donald Faison as DC superhero Booster Gold would entice CW executives into renewing the show, the series was canceled in the wake of Warner Brother’s tumultuous corporate merger with Discovery.

It’s hard looking back over the show’s seven seasons and realizing how much has changed since its roots spinning out of Arrowverse predecessors like The Flash and Arrow. The cast mix has decidedly morphed, going from a small group of established stars to a sprawling ensemble of endearing nobodies.

The big change in status quo for this season is the loss of one John Constantine, who had become a critical member over the past couple seasons. DC’s Legends of Tomorrow lost his rights as J.J. Abrams’ production company had theatrical plans for the British character, supposedly a Justice League Dark movie which will likely never get made. The good news is that fan favorite Matt Ryan remains, now playing an entirely different character on the show.

Another change for the season is Gideon, the Waverider’s computer, acquiring a flesh body and becoming another wacky member of the sprawling cast. The actress voicing Gideon all these years, British thespian Amy Pemberton, becomes a full-fledged participant with hilariously unpredictable results. It’s a shame the show didn’t make this change earlier in its run because she’s a wonderful addition.

Season Seven has the Legends stuck in Texas, trapped in 1925 without a functioning time travel machine. The Waverider has been destroyed, forcing them on a cavalcade of misadventures as outlaws in the 1920s. The crew seeks Dr. Gwyn Davies (Matt Ryan), the original inventor of time travel. The ensemble comedy has a blow-out 100th episode featuring many returning faces from earlier seasons. Expect to see old favorites like Ray and Nora pop up.

After beginning as a somewhat ponderous superhero action series, DC’s Legends of Tomorrow quickly determined its future lay in frolicking antics and an off-kilter sense of humor. Loosely patterned after Doctor Who’s whimsical time travel adventures, each season became less and less about superheroes fighting evil in any traditional sense. By the second or third season, the series had become an all-out adventure comedy and carved out its own special place in the Arrowverse.

DC’s Legends of Tomorrow goes out in fitting fashion, emblematic of the high jinks and zany storytelling it had developed over the years. My personal favorite episodes of this final season is an arc when Bishop, one of the season’s primary baddies, plucks parody versions of our Legends friends from the timestream and pits them against the group. The satire is inspired, some of the funnier stuff seen since the early Beebo days. 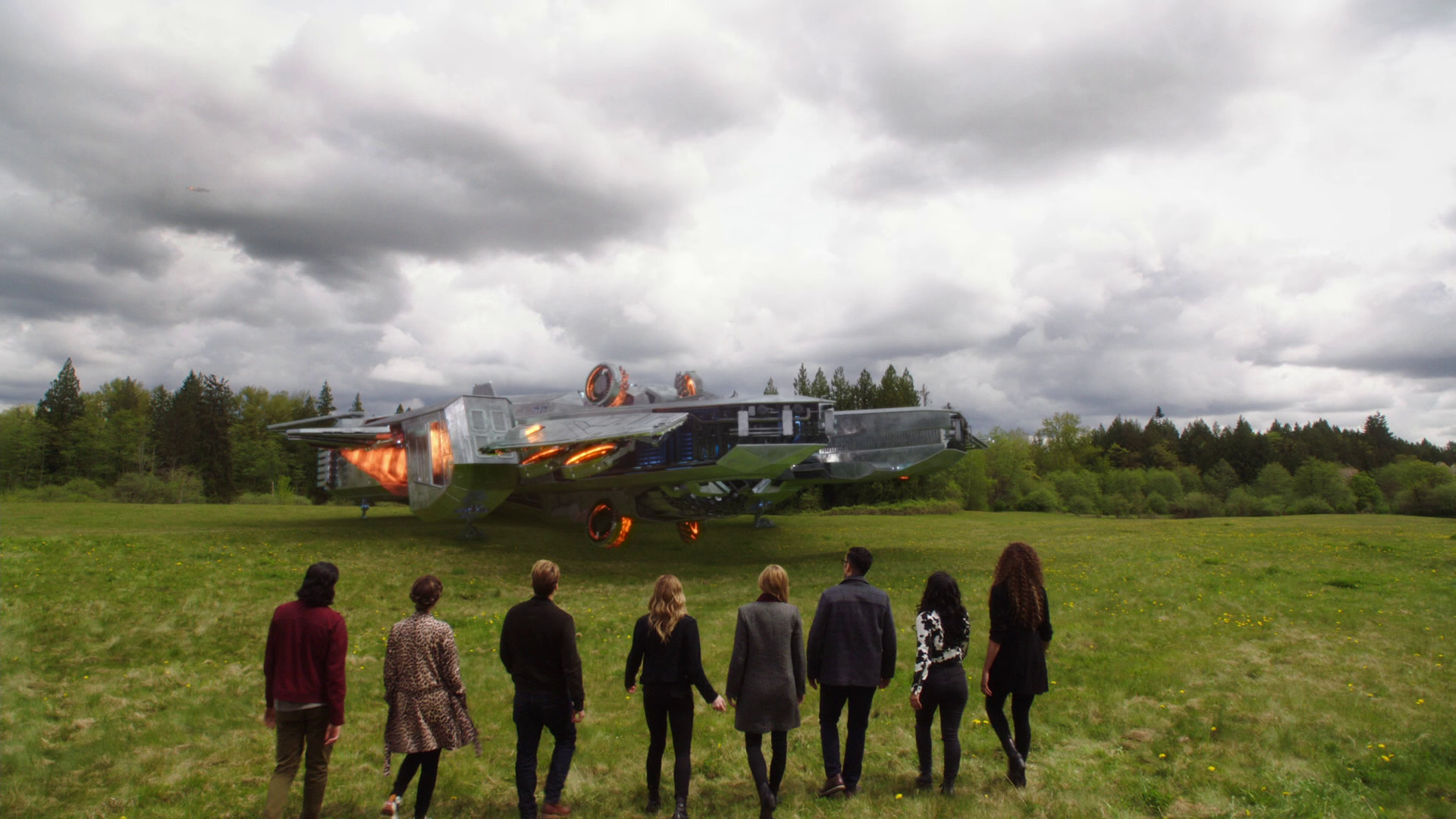 DC’s Legends of Tomorrow falls just short of reference-quality video in its final season. Nevertheless, an impressive 1.78:1 presentation is impossibly crisp and razor-sharp. The CW network show exudes consistently flawless clarity and exudes highly dimensional definition on a television budget. Only a few weaker CGI-dominated scenes are anything less than perfect.

All thirteen episodes of the final season are spread over three BD-50s, encoded in pristine AVC. WB used to pack too many episodes per disc, resulting in occasional compression issues. Those problems have all been licked in a perfect digital reproduction, introducing zero artifacts.

Having caught a few 7th season episodes during their original broadcast run, the show looks shockingly much better on Blu-ray in 1080p resolution. I was actually taken back by the difference. While the digital cinematography isn’t quite as polished as higher-end cable and streaming productions, there’s no knocking the set’s fantastic video quality.

It’s aimed towards the front but with a bevy of heavy surround elements for action scenes. Clean fidelity and impeccably recorded dialogue mix well together in a nicely dynamic mastering.

The final season squirts out on Blu-ray in fairly similar fashion to preceding seasonal releases of the show. It’s a three-disc set arriving in a cardboard slipcase and includes a digital copy redeemable on VUDU which gives each episode of the season in HDX quality. Sadly, no retrospective is included looking back at the show’s seven seasons in total.

WB digs up a Zoom panel from the San Diego Comic Con and a featurette on the show’s big 100th episode.

Deleted scenes from a majority of all episodes are included, but their value is minimal since they can only be viewed separately. Probably my biggest complaint with how WB has treated the Arrowverse’s deleted material. They should have integrated them back into the episodes.

Captain at the Helm: DC’s Legends of Tomorrow 100th Episode (06:01 in HD) – A glib featurette which goes behind the scenes in this important and hectic episode. The epsiode was directed by Caity Lotz and features returning favorites like Nora and Ray.

The Arrowverse spin-off ends its seven-year run with a few changes in cast but delivers hearty laughs in a satisfying swan song for the pleasantly enjoyable superhero farce.