Children Who Chase Lost Voices From Deep Below is a beautiful fantasy journey in the spirit of Studio Ghibli’s finest epics. Director Makoto Shinkai (Weathering With You) crafts a mesmerizing adventure around a shy teen venturing into a land of myth filled with dangers lurking everywhere.

The visually stimulating anime movie breathes with a vitality and healthy resonance rarely seen since the days of classic Disney animation. The gorgeous film’s success marked Makoto Shinkai’s maturity as director, foretelling his visionary gifts in latter works such as the mega-smash Your Name.

Children Who Chase Lost Voices is fundamentally a journey of self-discovery for its protagonist Asuna. Raised alone by her mother, the shy teen quietly explores the forests near her village alone. Left a mysterious crystal radio by her deceased father, the young girl stumbles upon a strange boy who shares with her the secret of Agartha.

A mystical land of fearsome creatures and warrior tribes, the serenely beautiful place holds ancient secrets of life and death. Her fantastical journey to this place of legend is spellbinding but fraught with peril.

Makoto Shinkai explores the intimidating Agartha with a child-like wonder, aided by top-shelf animation which hearkens back to Studio Ghibli’s glory days. There’s an emotional honesty and darker underbelly which imparts a needed edge in the overall plot. Asuna’s character development is contrasted with a father figure named Morisaki, a teacher seeking the miraculous gifts only Agartha can provide.

Shinkai’s earlier projects like 5 Centimeters Per Second often contained fantastic visuals but their storytelling fell short by comparison. The Japanese animator achieves animation nirvana in Children Who Chase Lost Voices, marrying delightful visuals with a heart-felt narrative driven by rich characters. It’s an approach Shinkai would further refine in such modern classics as Your Name and Weathering With You. Children Who Chase Lost Voices is definitely in their class, an essential movie for any fan who grew up with Studio Ghibli fare. 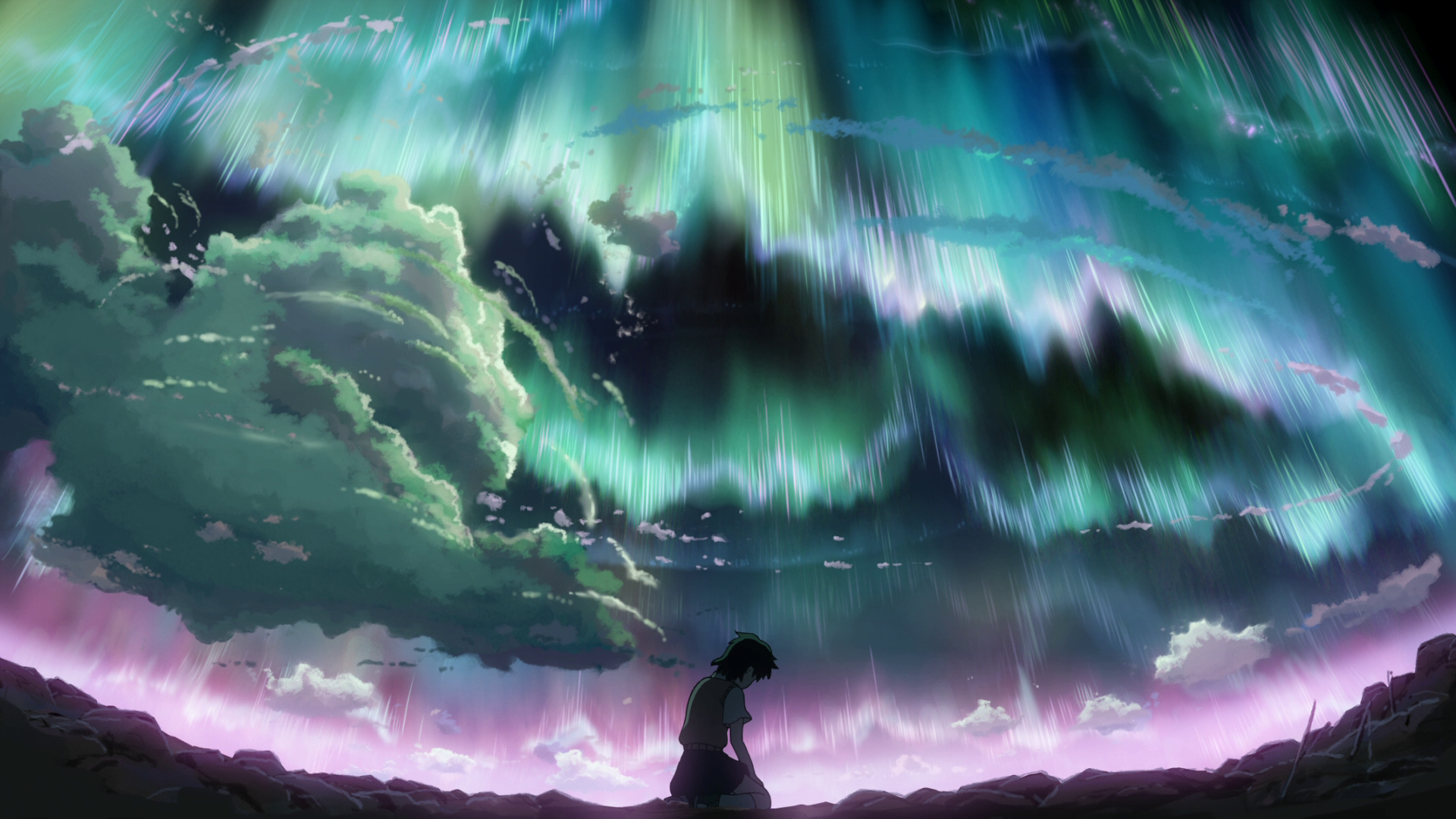 For those keeping count, this is now the third edition of Children Who Chase Lost Voices From Deep Below on Blu-ray in North America. GKIDS picks up where Sentai Filmworks left off with their 2016 release. This new release offers the same amazing 1.78:1 presentation found on the Sentai Selects disc in identical quality. Animation lovers need a copy of this film in their libraries.

Children Who Chase Lost Voices is an absolute wonder in 2D, packed with more eye candy than almost any other anime movie. The video is easily on par with almost any Studio Ghibli masterpiece. Vibrant colors and lush undertones explode when Asuna discovers Agartha. The fluid animation is gorgeous, backed with bold line-work and a crisp palette. The creative character designs and landscapes present a full-blown fantasy land lovingly conceived in excellent detail.

This is reference-caliber video for anime on Blu-ray. If you didn’t pick up the older and now out-of-print Sentai Selects disc, this is a perfect copy.

A gentle score and charming discrete effects pepper the effective 5.1 DTS-HD MA soundtracks in both English and Japanese dubs. There’s a soaring immersion with accomplished dynamics and effortless dialogue reproduction. The expansive soundstage is filled with touches of bass. Imaging is precise and mildly directional. The surround elements highlight the pastoral setting with realistic, natural sounds.

The English dub is highly competent with fine voices for both Asuna and Morisaki. Older audiences may prefer the Japanese dub for its more authentic approach befitting Asuna’s intended age.

Optional English SDH, English, Spanish, and French subtitles play in a white font. GKIDS provides a fresh translation of the Japanese audio in the English subtitles.

GKIDS issues Children Who Chase Lost Voices on Blu-ray I believe mostly for collectors who want the entire line-up of Makoto Shinkai releases from the esteemed animation label. This release largely duplicates the content from the earlier Sentai Selects BD. The disc is coded for Region A and a glossy slipcover is available.

The bonus features have been around the block before, seen on earlier releases of the movie. It’s a somewhat awkward commentary by Shinkai and the film’s crew which isn’t particularly enlightening. More important are the extensive interviews with cast and crew, on top of a feature-length making-of documentary. There’s nothing new included by GKIDS.

Audio Commentary With Makoto Shinkai & Crew (Japanese w/ English Subtitles) – The animation director, art director, composer and Asuna’s voice actress appear in this discussion. Most of the focus goes toward the animation.

Interviews With Staff & Cast (55:45 in HD) -Besides the director and other crew members, interviews with the voice actors for Asuna, Morisaki and Shun appear.

Making Of Children Who Chase Lost Voices (45:23 in HD) – A wonderfully in-depth featurette which delves into editing, the art process, storyboards and other critical behind-the-scenes topics.

Japanese Promotional Video (05:04 in HD) – A video for the film’s theme song, sung by Anri Kumaki.

Japanese Trailers (02:28 in HD) – Three different trailers for the movie.

Full disclosure: This Blu-ray was provided by the distributor for review. This has not affected the editorial process. For information on how we handle review material, please visit our about us page.

A shy teen goes on a wondrous fantasy adventure in this visually creative and haunting anime masterpiece by filmmaker Makoto Shinkai.