As he stares longingly at his future (and second) wife Vikki, perspective summarizes Jake La Motta’s (Robert De Niro) self-entitlement, his ego, and lust. Raging Bull does this often, not only with sex. Violence too. The entire story is viewed through a ferocious, disgusting, and warped brain during and after wartime where a man like La Motta became celebrated.

La Motta doesn’t deserve a movie about his crass legacy. A spousal abuser, cheater, and self-indulgent boxer, numerous other public figures require attention before him. However, Raging Bull isn’t a film selling La Motta as a hero. La Motta is even secondary – Raging Bull shatters the idealist mentality of men fighting for social status, and how anger is too easily excused as gender norms. Boxing itself merely becomes a catalyst, the business through which this idea is put under lights, the combatants made stars for their ability to produce blood in gallons.

All La Motta knew was fighting. In that, his story is tragic, but only to an extent. Raging Bull isn’t defending this man; it doesn’t even celebrate his in-ring accomplishments. Those don’t matter. The only thing Raging Bull wants to do is show a downfall, and how vicious that becomes when paranoia swallows an alpha male psyche.

Sympathy lies entirely with Vikki (Cathy Moriarty), stuck in a disastrous marriage with a man she saw as ideal by society’s standards – a muscular protector. She’s terrified. Already a quiet woman, she’s almost silenced by terror as the abuse worsens. Seeing it, watching it as others can do little to help, remains unnerving. The distinction between the swaying camera inside the boxing ring and steadiness as La Motta brutalizes his wife suggests one is instinctual, the former as purposeful. La Motta is shown miserable, lifeless, and defeated by the end. That’s all he deserved. 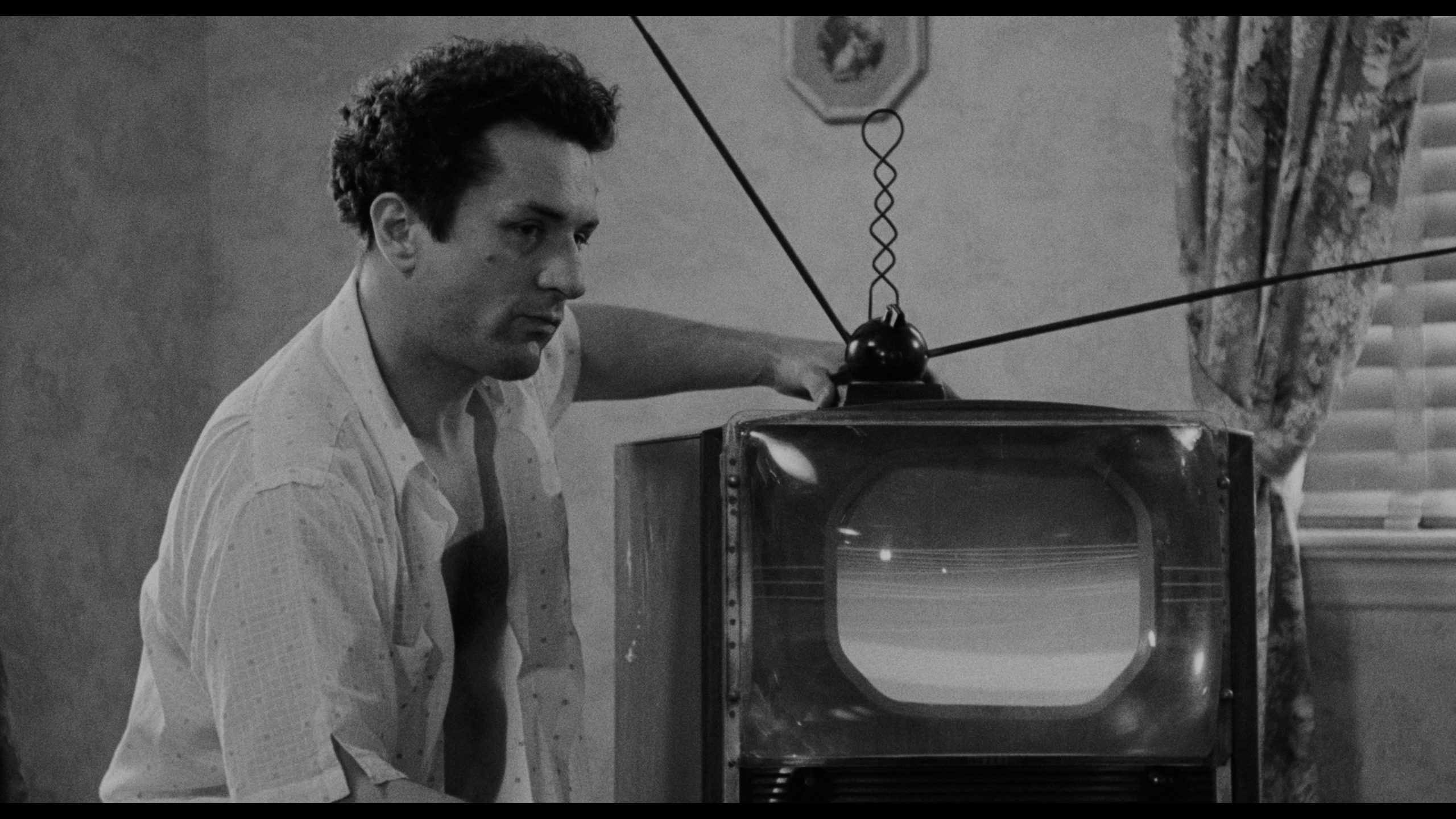 A thick yet flawlessly resolved grain structure doesn’t show any signs of digital tinkering or compression. Resolution keeps the imagery sharp, firm, and textured. Definition shows at every level, whether it’s a pinstripe suit or De Niro’s mashed up face during a fight. Sweat glistens from the boxers, every droplet seen by this master. Any softness is inherent to the cinematography. The print is a spotless, ageless wonder.

On the UHD, Criterion includes the three commentaries, the first from their Laserdisc, and two from their 2004 DVD release. The third, with Jake La Motta, is fascinating in places. On the Blu-ray, two video essays explore Raging Bull, the first from the cinematic techniques, the second the characters and the actors. A four-part documentary from 2004 is an essential watch. Two featurettes detail Scorsese and De Niro’s lasting collaboration. After that, an audio seminar from 1980 featuring De Niro as he discusses his craft. Two featurettes focus on the real La Motta. Also included, a 1981 interview with Cathy Moriarty and Vikki La Motta from a Belgian TV show.

A story of a cruel, self-destructive man, Raging Bull is essential in examining the masculine, invincible mindset of war and post-war America.