Hear Plenty of Screams in Space

A notable improvement over Paramount’s previous Blu-ray, Event Horizon’s jump to 4K is a decent one. The source material is a challenge, forced to handle the late ’90s digital composites and their lower resolution. Most effects shots appear ragged and even murky. That’s unavoidable.

The resolution jump elsewhere reveals significant definition, precisely rendered and superbly textured. Facial detail doesn’t hold back whether at distance or up close. Firmly resolved grain doesn’t lose to the compression. Consistency to the film stock is appreciable and there’s not a speck or scratch on the print. All processing from previous releases is gone.

What costs this disc is the dull Dolby Vision pass. Color reproduction leaves Event Horizon flat, moving around in murky browns and bland flesh tones. Plus, the overall contrast shows limited change or improvement. Highlights lack vividness, and black levels, while deep, struggle to hit the deepest shadows. It’s decidedly average, if a definite plus over the sub-par Blu-ray. 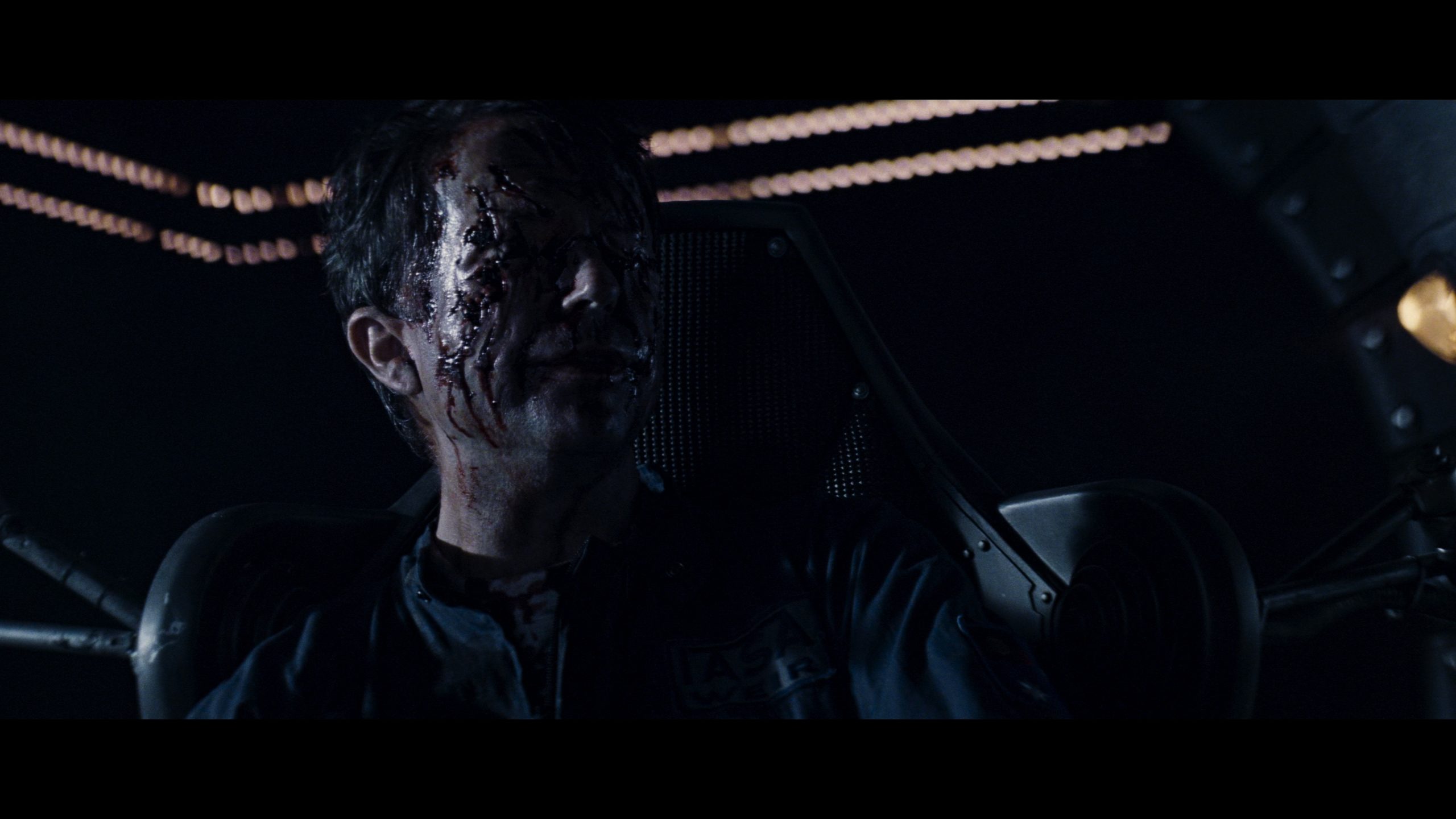 Paramount carries over the Blu-ray’s TrueHD track untouched. Event Horizon may not offer the cleanest, crispest bass, but it nonetheless rattles with loose power. The first shot of the Event Horizon itself loads the subwoofer with punch, certainly a wake-up call. Thunder and explosions later in the film provide the same powerful jolt, one that is slightly higher than expected should the volume be at an acceptable level for the low dialogue.

Surrounds are usually engaged. As the crew first lands on the Horizon, gravity is off. Objects freely float around the ship, and move through the soundfield with accurate motion. Fire envelopes the rescue ship early, and the roar of the flames is nicely captured, along with the ensuing alarm. When the pyrotechnics begin late, exploding debris swirls through the soundfield, and remains free of distortion.

Paramount includes the original Blu-ray inside the package. All extras reside there, beginning with a director Paul W.S. Anderson and producer Jeremy Bolt commentary. However, even better is the 100-minute five-part documentary properly titled, The Making of Event Horizon. This is a fantastic, if occasionally dry piece.

The Point of No Return is a collection of footage from the set (eight minutes), with the audio coming in the form of a commentary from Anderson. Three deleted/extended scenes also feature an Anderson commentary if you choose. The Unseen Event Horizon has Anderson discussing a deleted opening. Trailers are left.

Event Horizon borrows liberally for its eerie psychological setup, but the final act is a wasted opportunity to do something with the genre.