Oliver Stone Versus The Warren Commission

The tragic assassination of JFK on November 22, 1963 has been the stuff of conspiracy theories since it first happened in Dallas that terrible day. An entire cottage industry of books and investigations have appeared over the years, suggesting nefarious forces far beyond Lee Harvey Oswald operated against JFK which may have been involved.

Director Oliver Stone returns to the subject thirty years after his landmark JFK film starring Kevin Costner for a fresh look at the events surrounding JFK’s death and the ensuing official investigation in light of new evidence made public since the early 1990s. JFK Revisited: Through The Looking Glass deconstructs the facts and narrative established by the Warren Commission with a critical eye, questioning their conclusions and methods. The director brings in stars Whoopi Goldberg and Donald Sutherland as narrators.

JFK Revisited: Through The Looking Glass is a provocative and extremely lucid examination of JFK’s assassination

Created by an act of Congress in the 1990s following the controversy generated by Stone’s JFK, the Assassination Records Review Board placed a treasure trove of previously secret material concerning JFK’s assassination in the public record. That material serves as the primary factual basis for JFK Revisited. It strongly suggests the Warren Commission’s so-called magic bullet theory is a fiction at best and the CIA covered up their prior involvement with Lee Harvey Oswald, among other hot-button topics.

If you’ve seen JFK, you’ll know the basic outline of Stone’s arguments in JFK Revisited: Through The Looking Glass. A variety of forensic, medical, and ballistics experts are interviewed detailing all the inconsistencies found in the “official” evidence as documented by the Warren Commission.

Serious attention is paid to erratic medical reports, muddled autopsy photographs, the questionable chain of custody, and other errors which make the Warren Commission’s final report look less than credible. By all appearances presented in the documentary, members of the Commission ignored anything which suggested any possible scenario but Lee Harvey Oswald as the lone assassin behind JFK’s untimely death.

Dense and told with a flair few documentaries usually command, JFK Revisited: Through The Looking Glass is a provocative and extremely lucid examination of JFK’s assassination. Choice archival snippets such as Walter Cronkite delivering the news of Kennedy’s death to a shocked nation are peppered throughout the engaging film.

Taking direct aim at the Warren Commission, Stone holds little back debunking what he believes are grave injustices perpetrated by the official report but especially holds Allen Dulles responsible, the former CIA boss. Fired by Kennedy for the disastrous Bay of Pigs invasion, Stone believes adding Dulles to the Warren Commission was a complete joke. Loosely following theories initially laid out years ago in his own JFK, Oliver Stone has fashioned an intriguing and often captivating documentary which hints at darker truths about American history and government. 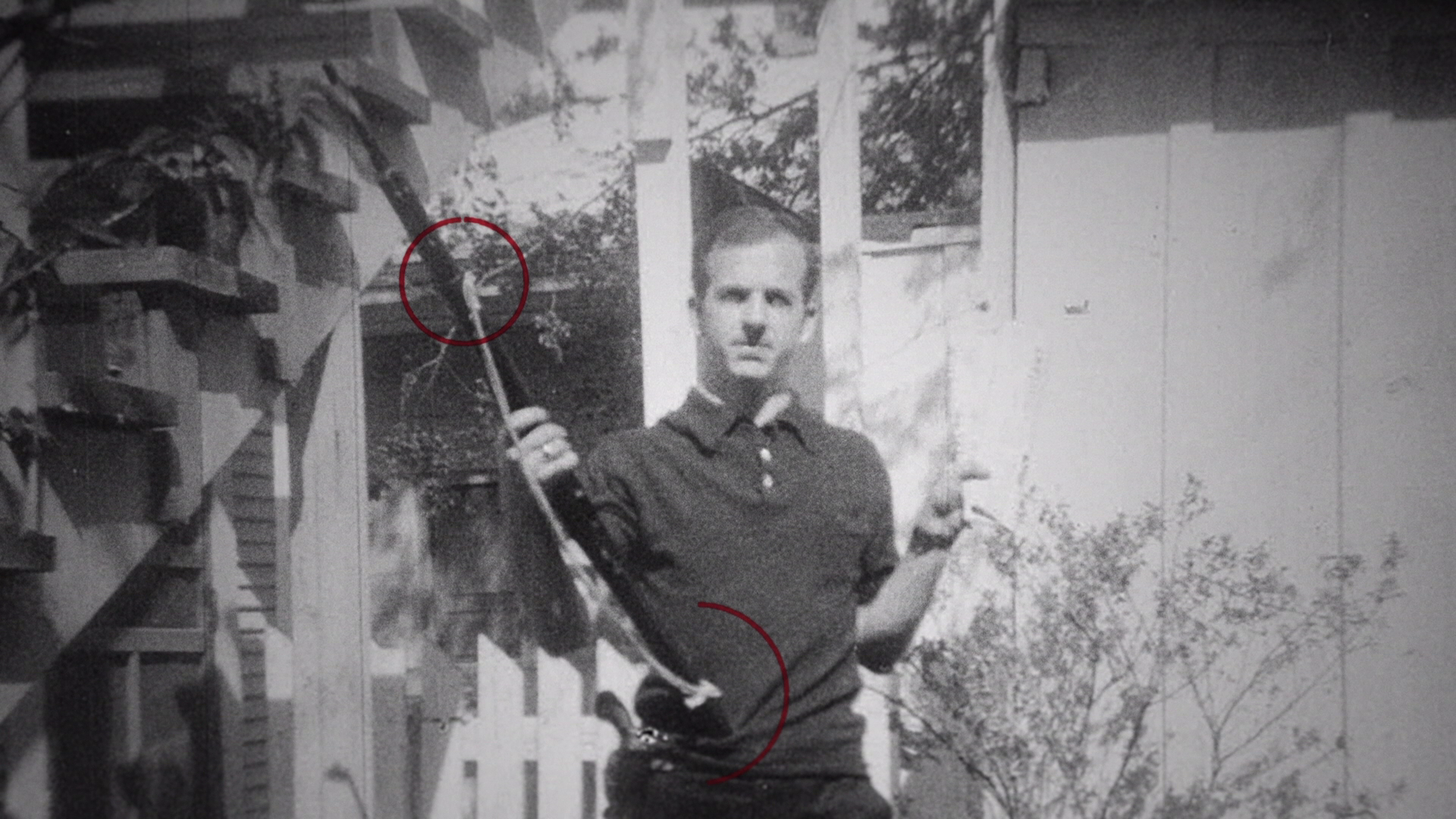 Shout Factory has widely made the correct call for JFK Revisited: The Complete Collection, giving both features superb treatment. The movie and four-hour long television series are given their own BD-50s, encoded in high-bitrate AVC with no issues present. Archival sources have been cleaned up and made suitable for close viewing. I’ve seen few documentaries on historical matters ever look this great. Definition and clarity are striking.

A primary 1.78:1 aspect ratio is used for all modern footage and graphics, while some archival footage is shown at 1.33:1 replicating the original source. The 1080p video is outstanding, surprisingly consistent considering the vast array of original photographs, CGI recreations, talking head interviews, and other disparate elements included in the documentary.

The new interviews from 2019 are impressively shot, filmed against black backgrounds with shadows often highlighting each participant’s profile. This is crisp, tack-sharp digital cinematography made by cinematographer Robert Richardson, who has worked with Stone before on numerous Hollywood films.

Fine 5.1 DTS-HD MA and 2.0 DTS-HD MA options are offered for both programs. The documentary has new music provided by composer Jeff Beal and features snippets of the classic JFK film score by John Williams. Nothing in the mix is particularly adventurous but remains tasteful, integrating dialogue with pleasant backing music.

The surround mix has some limited directional activity, especially for gun shots. The score is nicely spread around, providing swelling strings and occasionally stirring orchestral accompaniment.

Interview footage is cleanly recorded with intelligible reproduction except in a few of the oldest archival recordings. Narrators Whoopi Goldberg and Donald Sutherland are heard in smooth voiceovers.

Shout Factory was one of the few labels willing to distribute these controversial JFK documentaries by Oliver Stone. The four-disc set comprises of two BDs and two DVDs. The feature-length film JFK Revisited: Through The Looking Glass is paired with JFK: Destiny Betrayed, a longer television mini-series which expands on the evidence found in the documentary film. The discs are listed as Region A.

It should be mentioned an exclusive 12” by 18” poster autographed by Oliver Stone is available on Shout Factory’s website for a premium over the regular edition.

JFK: Destiny Betrayed (233:54 in HD) – Broken up into four episodes and originally produced for television distribution, this documentary expands on the information seen in JFK: Revisited. Running nearly four hours in length, it’s a densely-packed presentation of the forces swirling around JFK and his administration, which may have possibly led to his assassination. Exhaustive in scope, this is almost information overload in a somewhat dry telling of historical factors. Consider this more for the JFK junkies and JFK Revisited: Through The Looking Glass as the main course.

Audio Commentary on JFK Revisited – Director Oliver Stone And Writer James DiEugenio expound on their views about JFK, LBJ, RFK, Allen Dulles, the CIA and more in this remarkably engaging and lucid commentary. If you want the inside scoop on this project, make this commentary a priority. Highly entertaining, Stone isn’t pulling any punches discussing his version of the truth and what really happened in Dallas on that fateful day. There are some intriguing comments which help fill in the gaps by including background details.

JFK Revisited: Through the Looking Glass Trailer (02:15 in HD)

Full disclosure: This Blu-ray was provided by the label for review. This has not affected the editorial review process. For information on how we handle review material, please visit our about us page.

Oliver Stone powerfully lays out the case against the Warren Commission’s primary narrative in this astounding examination of JFK’s assassination, pointing out its holes and inconsistencies in complete clarity.