Going Down with the Ship

Titanic’s story goes beyond a maritime disaster. It cuts through an entire social system, where the only enemy is capitalist hubris. In that, A Night to Remember captures every nuance, arguably too many for its runtime.

Onboard, the inherent classism separates the smug rich from the poor, dribbled into the script via thin characterization, using little moments to develop. The wealthy, even as the ship goes down, can ask for their valet and complain about the tight life jacket. The poor need an ax just to escape their lower deck rooms. Tragic as the Titanic’s voyage was, it exposed a universal reality in social structures, giving this story lasting interest and depth. A Night to Remember does this better than most.

A Night to Remember does this better than most

There are few central heroes in this depiction; some faces show up more than others, but A Night to Remember takes snippets, brief occurrences to show the wide reaching tragedy. The melting pot atmosphere onboard means panic sets in due to language barriers, and those commanded to maintain control no longer can. A Night to Remember employs minimal orchestration, choosing instead to let screams be a dramatic guide point. The louder they are, the worse the situation is.

A Night to Remember spends time on other nearby ships too, elevating the frustration as mistakes and judgmental errors compound this catastrophe. If there’s a fault in A Night to Remember’s structure, it’s the inability to settle down, develop locations and ships, creating confusion as edits bounce between captains. And still, this helps elaborate as those in position to help believe the “unsinkable” marketing more than the truth delivered via Morse code.

Movies like this exist with hindsight, of course. Mistakes made on the Titanic were rectified, and the end credits suggest as much. Keeping a story like this visible for each generation serves as a reminder. James Cameron’s glossy take borrowed liberally from A Night to Remember because this British offering is nigh perfect in projecting the tragic drama embedded in this real world seafaring wreck. 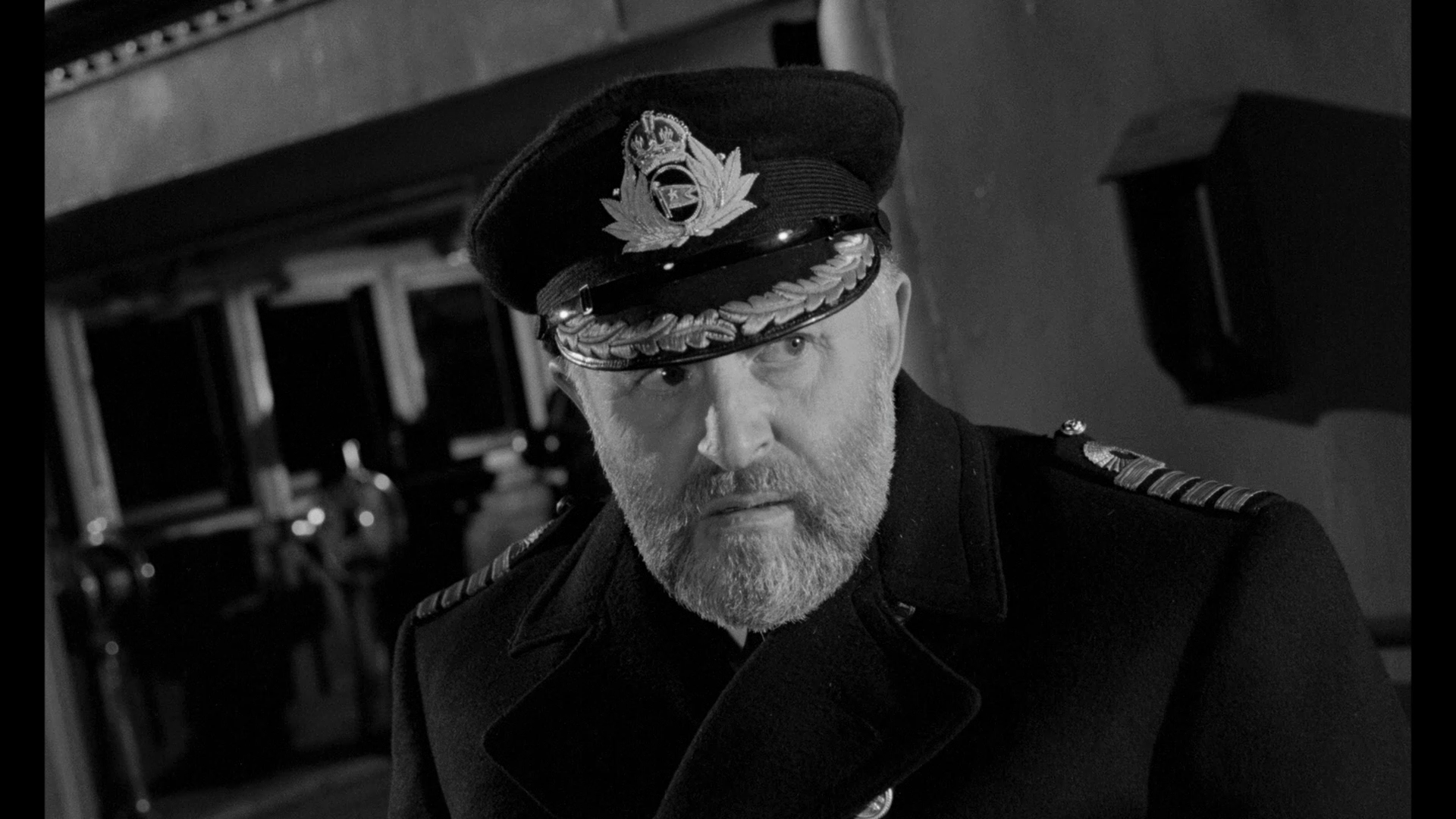 This is unfortunate. A Night to Remember tricks the eye. It’s notably sharp. Imprint shows what’s a clearly new scan based on the impressive resolution and resulting sharpness. Detail can flourish in this situation, capturing stitches on costumes or the luxurious furs worn by passengers.

And yet, this master is too often a mess. Signs of filtering are everywhere. Harsh gradients in gray tones create banding. Sloppily resolved grain causes mosquito noise aplenty. Smearing joins waxy faces on the regular, becoming worse with distance. Severity can change scene-to-scene, the ugliest more akin to a DVD due to the chunky artifacts, the best enough to suggest a great presentation. There’s no consistency.

The print used is dinged by scratches and dirt, generally fine considering age (and ignoring the stock footage). Variance in gray scale, when not hampered by filtering, creates needed depth. Contrast can clip in places, further muddying things, if losing no substantial dimensionality.

Gorgeous audio detail sustains high quality vintage sound, superlatively crisp for its age, and a premium example of how great classics can perform on this format. There’s no fidelity loss at high frequencies, and dialog is pristine in clarity. Preservation efforts in 2.0 mono keep A Night to Remember faultless, and it’s a shame the same effort wasn’t applied to the video.

Author Bruce Hallenbck hosts the disc’s commentary. That’s followed by an older making of, but it runs an hour. A new interview with clapper operator Mike Fox lasts 25-minutes. Then comes historian Jo Botting (16-minutes), and in separate pieces, critics Matthew Sweet (21-minutes) and Kim Newman (17-minutes). A slew of visual galleries finish up, but one of them includes the original costume notes, which is a fantastic look behind-the-scenes.

A Night to Remember

A stellar retelling of a universally applicable disaster, A Night to Remember ranks among the best true story adaptations ever made.