Underneath Martial Club’s playfully competitive exterior sits a traditional Shaw Brothers kung-fu story – rival schools, seeking revenge against their moral-less foes who joined with an outsider (a northerner in this case) for a competitive advantage.

Undisciplined fighting carries consequences, bridging the showy action to martial art’s core values. In the learning stages, these friends throw fisticuffs at anyone in their way, seeing themselves as invincible. It’s akin to watching teenagers, and at one stage, they declare themselves masters. That goes poorly.

Martial Club isn’t a grand epic; it’s small scale, played within a village, making these squabbles feel ever more immaterial. That works, whether intentional or by budget restrictions. It’s a proud movie, certainly. While each choreographed fight is Shaw Brothers gold, stunts hang around, but listlessly paced. Opening on a lion dance, the physical toll is immense, yet takes minutes from the opening energy before any story development. That’s clumsy structuring, and not the only instance; later grandstanding by the fighters flattens the pace too.

The wait brings with it a dazzling opera night battle, dozens against a few, so well designed it not only seems plausible, but is smoothly edited as to naturally flow from kick to kick. Shaw’s studio method, by 1981, was so refined, it matched the athleticism and timing captured on the film itself. Interspersed comedy exhibits the same precise timing, landing jokes through generations and cultures. The young feeling invulnerable compared to their elders is wholly human. Watching those same kids find out the truth is just as amusing no matter the language. 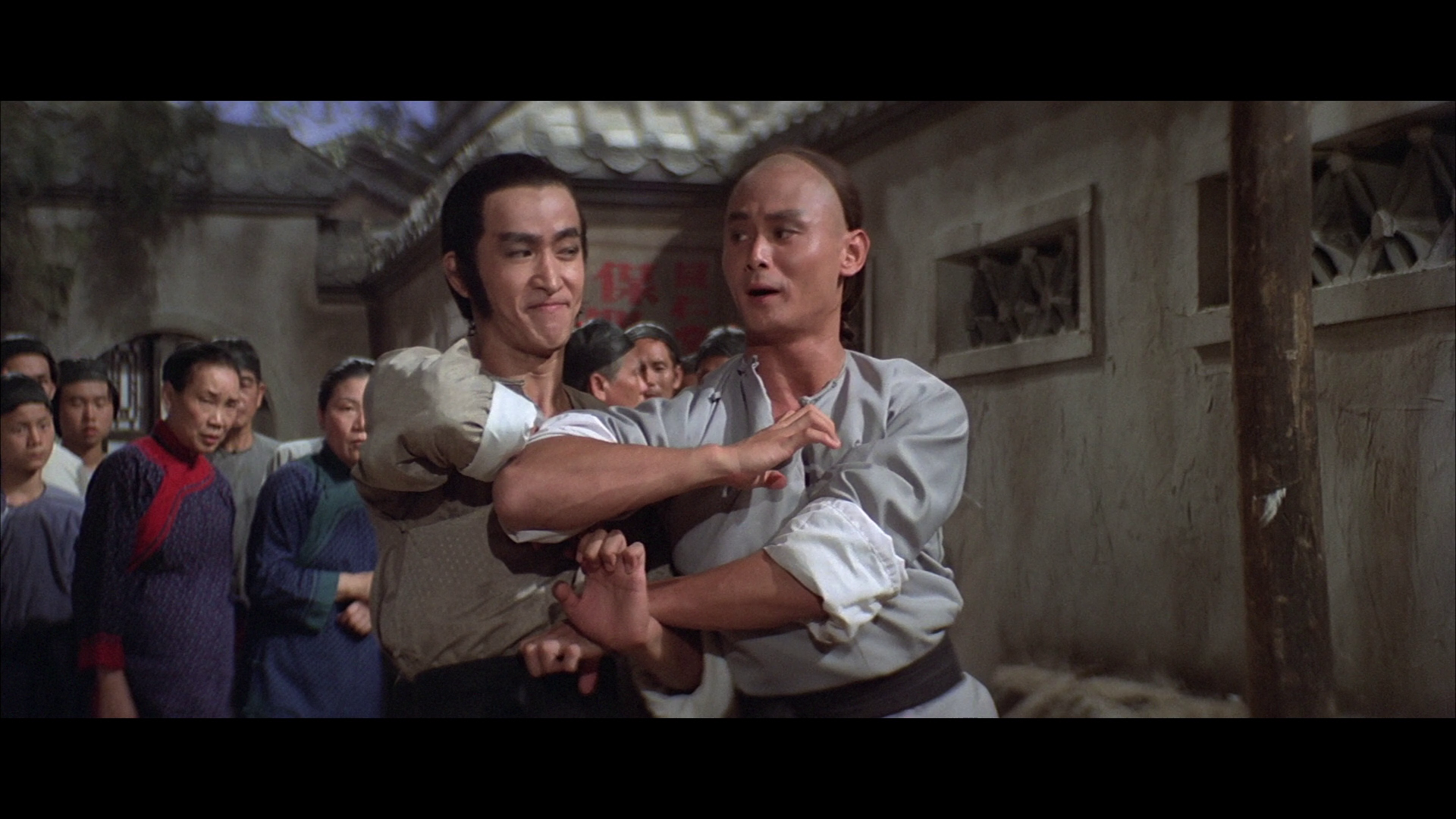 With this release, 88 Films debuts a new master for Martial Club. It’s decent. Moderate color saturation keeps most hues on the dry side except for reds; their vividness stands out much of the time. Overall color density is average at best. The same is true of the black levels, dulled and gray. Marginally better contrast allows slight dimensionality to enter.

Middling resolution lags behind better masters too, possibly done at 2K, but likely at HD. A slightly detectable sharpening invades and lessens purity. Martial Club looks rugged while grain lifts, challenging the encode. Compression can’t keep pace, and slight filtering leaves smearing in its wake. Those negatives aside, texture is evident and resolved. Benefits from this fresh scan are apparent, and the definition is firm enough to clearly see the glue/tape holding on fake sideburns when in close.

The best work comes from the restoration, defeating all scratches, marks, and dirt. It’s a spotless print.

88 Films also includes the US grindhouse edition, Instructors of Death as an extra, print scratches, dirt, and all.