Coming from Game of Thrones, Lena Headey does everything in her power to make 9 Bullets watchable. It’s no fault of hers the movie mostly lands with a thud. Uninspired and derivative, we’ve seen all these crime beats before with more style and sharper writing.

The best thing about 9 Bullets is Lena Headey

Gypsy (Lena Headey) is a burlesque dancer on the verge of retirement when those plans suddenly take a detour. Looking forward to a career as an author with the publication of her first book, Gypsy ends up on the run with a young boy when a crime boss played by Sam Worthington mercilessly targets him for death. The boy saw his parents murdered as retaliation for stealing from the crime boss.

Gypsy and the young Sam (Dean Vazquez) slowly form a bond while being hunted across the western United States. Making matters more complicated, Gypsy and the crime boss are former lovers. Leading to one of the more ridiculous sex scenes in recent memory.

The best thing about 9 Bullets is Lena Headey, who is perfectly cast as the former dancer. Her Gypsy is a take-charge, no-nonsense type of female lead with grit and a hint of tenderness. The great Barbara Hershey has an all-too-small role which should have been expanded. Any scenes with the two actresses together are worthy viewing.

What doesn’t work is most everything else in the slapdash, uneven production. Sam Worthington has name recognition as a former movie star but brings nothing memorable to his villainous role. He offers very little here except a warm body. He simply exists to drive the narrative as a one-dimensional action movie villain.

La La Anthony (Power) is haphazardly inserted in the action as another strong female character when the second act becomes mired in lazy b-movie tropes.

There’s not enough action for a thriller, an uneven tone alternating maudlin drama with bits of bland violence. Outside of some hammy gunplay, there are few actual thrills or real suspense. Plodding along like a poorly made Hallmark telefilm, Sam and Gypsy rarely feel in true danger. There’s a safe, comfortable quality to the movie’s predictability which doesn’t work in its favor.

9 Bullets isn’t a complete disaster but it’s not particularly compelling either. Made in L.A. during the pandemic, the unpolished indie has too many rough edges. Sappy and even cheesy, the direction and writing veer between hard-edged crime thriller to middling Hallmark drama in a blink.

Lena Headey proves she still has it as a star but one excellent character rarely makes an entire film. She even tosses in a little nudity attempting to make this dud more palatable. If a milquetoast criminal thriller about a woman finding her redemption saving a young boy is your thing, maybe 9 Bullets is for you. 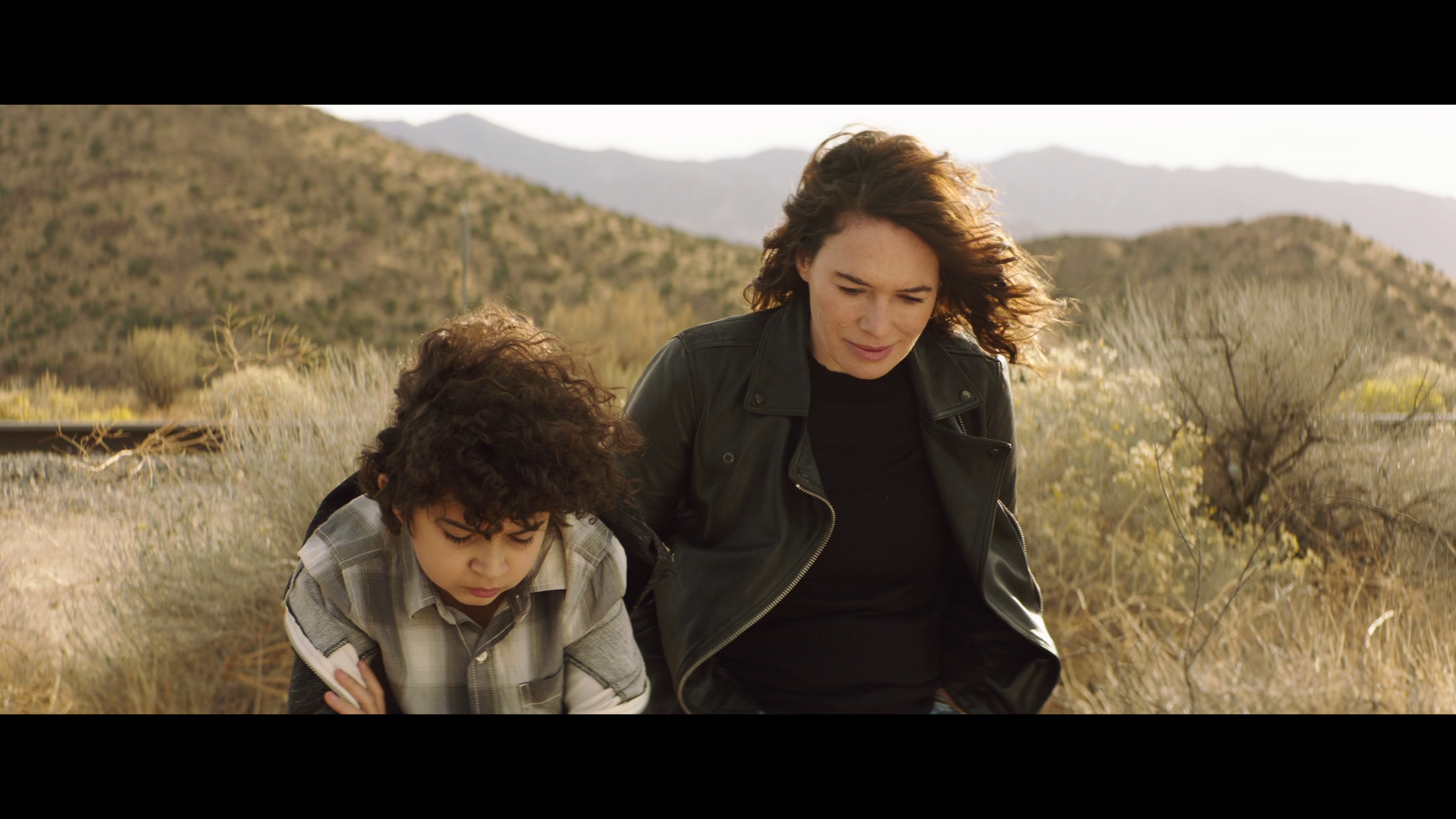 The new independent production was filmed with Alexa Mini cameras, producing fantastic clarity. The raw 1080p video is clean and crisp, though color correction on the digital intermediate looks underwhelming in select scenes. Flesh-tones have a mild yellow push and highlights are occasionally blown out. The digital cinematography is fairly pedestrian outside of a few more expansive compositions.

A serviceable surround mix in 5.1 DTS-HD MA serves as the primary soundtrack for 9 Bullets. Possibly mastered with too much dynamic range, the usually intelligible dialogue loses some coherence when overpowered by the score and background sound effects.

I’ve heard stronger, more realistic sound design but the musical score offers an expansive soundstage. 9 Bullets features acceptable LFE presence when necessary but it’s not a strong component. Mild directionality spreads the discrete sonic cues across the front and a few times in the rear.

Optional English SDH subtitles play in a white font, inside the scope presentation. Secondary stereo audio is included in 2.0 PCM.

No special features are included beyond trailers for two unrelated Screen Media releases.

Lena Headey carries her weight but can’t save this confused “action” thriller.