We Need To Do Something is an unconventional horror flick. A frustrating watch with primarily unlikable characters, it’s not especially well-crafted outside of a few harrowing scenes and genre thrills. A family with unresolved tensions beneath its surface are trapped in their home for several days, cut off from contact with the outside world.

Director Sean O’Grady’s occult thriller heavily relies on suggestion and a claustrophobic atmosphere for psychological terror. A few decent ideas bubble up in the raw indie production but nothing is fully realized. Alternating between tedious family drama and almost stupidly unpredictable horror, We Need To Do Something fails at maintaining a credible suspension of disbelief.

Feuding parents Robert (Pat Healy) and Diane (Vinessa Shaw) ride out a sudden storm in their suburban home’s palatial bathroom with their two children, teenager Melissa (Sierra McCormick) and the younger Bobby. Believing it’s just passing weather, the family becomes trapped inside their home with no working phone. There’s almost nothing more terrifying in the world today than a teenager denied access to social media…

The family soon falls apart as it becomes clear to everyone that a strange, unidentified evil is lurking outside for them. A couple of serious curve balls are thrown at the family’s growing desperation and anxiety. What began as an inconvenience becomes a nightmare filled with internal angst and shocking terrors.

We Need To Do Something takes a disjointed, grab-bag approach to its scares which does and doesn’t work. Despite the entire plot being staged inside a bathroom, filmmaker Sean O’Grady dabbles in several different types of horror. The half-baked screenplay crosses the attitude and rampant mistrust of The Mist with demons, snakes, monsters, and other possible boogeymen lurking outside. The film goes for the jugular when necessary, its single biggest strength. There are no sacred cows in the haphazard and often surprising action.

A critical problem is a narrative often driven by the extremely unlikable father, played to the hilt with an uneven performance by Pat Healy. Robert slowly descends into madness, a husband and father who acts as an unrepentant jerk. He’s a lazy caricature with little depth. The father should have been more sympathetic.

The intention seems to have been for audiences to identify with Melissa and her struggles. The other family members are mostly there as victims. She’s a shy teenager who befriends a moody emo girl at school, which unexpectedly becomes a key sub-plot. The teen friends dabble in dark forces they barely understand.

The emotional struggles of a suburban family are laid bare in We Need To Do Something. Its one-dimensional characters lack the necessary refinement and intriguing development needed to pull off this sort of high-concept horror. There’s probably a workable, compelling movie somewhere inside this unique premise but that would require a new cast and better writing. 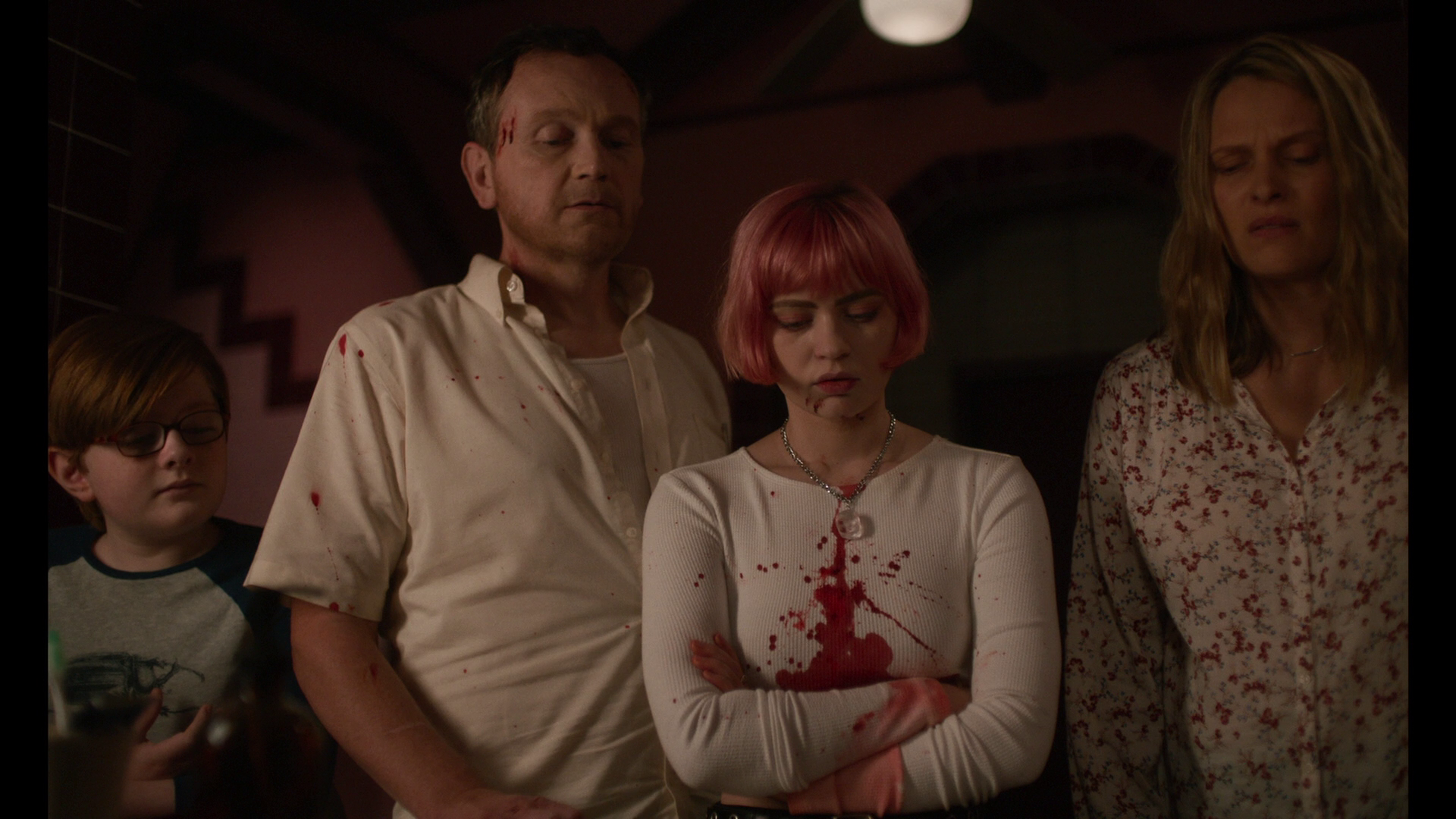 The IFC Midnight film is released on BD by RLJ Entertainment. They provide a clean transfer from the digital intermediate to 1080p video with no problems. Slight limitations in the source material pop up in the more chaotic and dimly lit horror scenes.

Blink and you’ll miss Ozzy Osbourne voicing a demonic dog in one scene.

No special features are included. The back cover lists Region A but other regions have not been tested.

We Need to Do Something

A family is slowly pulled apart by dark forces out of its control in this unconventional, highly contrived, and underwhelming horror film.