If there’s a notable difference between Shaft and this sequel, Shaft’s Big Score, it happens during the finale. After an elaborate car chase through busy New York streets, Shaft jumps in a boat, and then is tailed by a helicopter. The first movie’s budget was likely less than the helicopter rental.

As a follow-up to a dynamic, culturally significant, and brash work of social consciousness, Shaft’s Big Score does okay for itself. Shaft (Richard Roundtree) comes up against white gangsters taking advantage of a shaky, low-ranking black goon who sees an easy cash-in. In that, Shaft’s Big Score maintains the capable racial dynamic that makes Shaft a crass if irritable hero, but choosing to do right as a private detective. Crime doesn’t look alluring, righteousness does.

Isaac Hayes didn’t return to provide the score, weakening the ‘70s vibes with lesser replacement tracks, reducing the contemporary cool of those times. That puts a lot on Roundtree who beds women as their men knock on the door, snubs mafia members, disobeys orders, and defies authority figures. He’s tough and sharp with one-liners, oozing distinctive flair. That keeps Shaft’s Big Score immensely watchable, sagging soundtrack or not.

There are limits though as Roundtree goes through investigative motions, trying to source a quarter million in stolen cash. Other than a suggestion of a charitable Harlem children’s hospital, Shaft’s Big Score avoids greater awareness in the community; the first Shaft wandered around, showing the locals to add organic flavor. This script isn’t as interested in those snippets, locked on a few characters with blasé moral tones, devoid of nuance.

As exploitation cinema, the increased (and bloodier) body count isn’t as shy. Nudity happens with greater frequency too, so instead of upping the thematic material, Shaft’s Big Score goes for what sells. This isn’t a case of selling out – black-led cinema in 1972 was still decidedly rare – rather an effort to bring Shaft onto the same playing field as other screen heroes, exaggerated action and all. 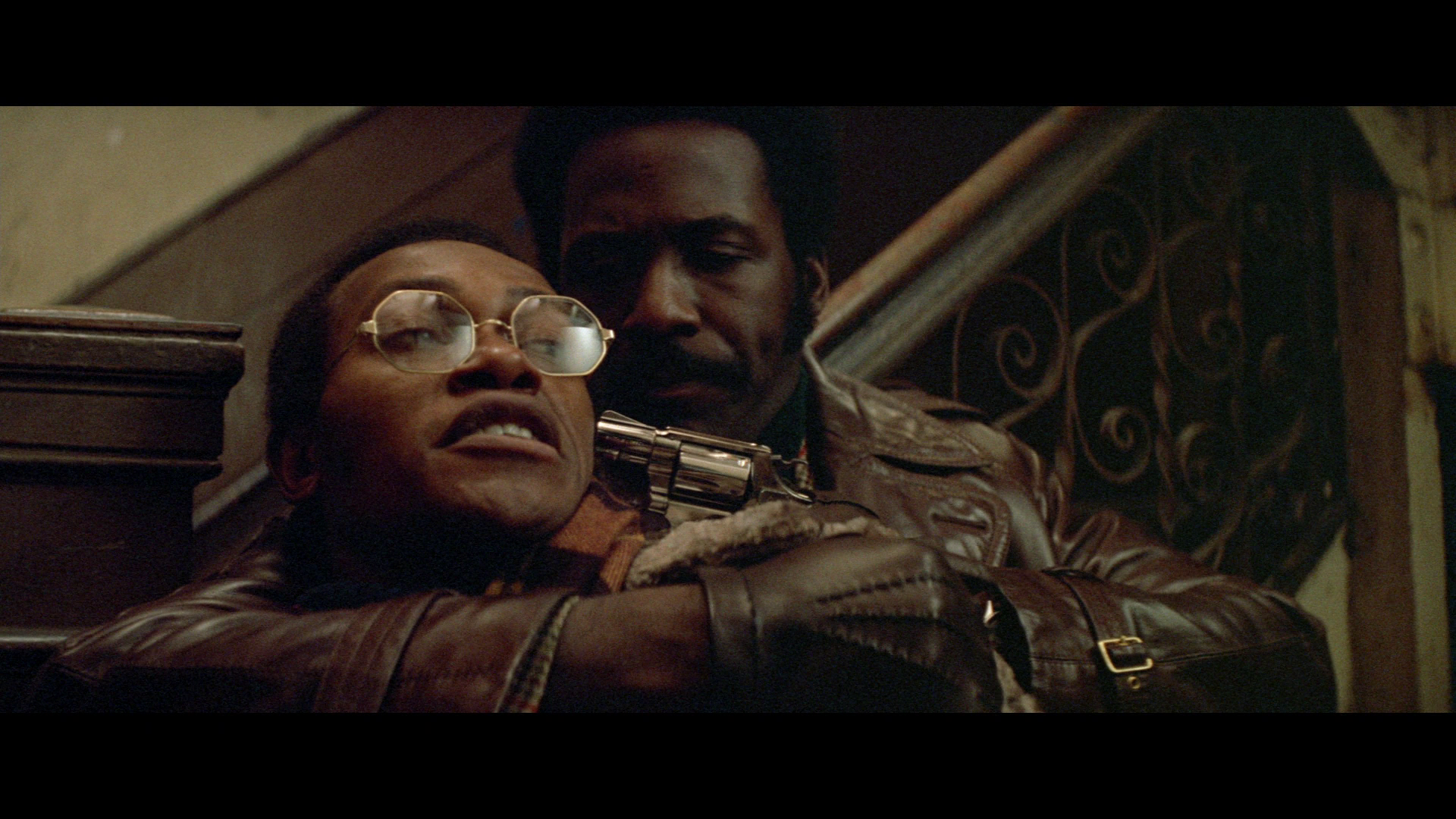 While offered as a Blu-ray only bonus to Shaft’s 4K debut, Criterion doesn’t skimp on the sequel. Housed with additional extras, the HD presentation is a beaut. Superb image density, faltering only due to source black crush in places, defies age. Stellar contrast helps bring out the depth, remaining bright and consistent.

A slight warmth tints the color palette, a bit odd considering the winter setting. White snow carries a minor push for example, and flesh tones veer the same direction. It’s hardly a bother though since primaries stand out where possible.

Adequate PCM mono keeps the dialog as-is, rough, scratchy, and worn. Strained treble struggles throughout, impacting the music too. Range is gone, muffled at best, and devoid of bass. Shaft’s Big Score meanders around a mid-range without varying.

Technically nothing as Shaft’s Big Score is a bonus on its own, although other extras for Shaft in this Criterion package cover the series’ sequels.

Shaft’s Big Score does well enough to sustain the racial divisions and power fantasy, but doesn’t have the same social consciousness as the original.