The only viable critical read of Morbius involves Michael Morbius (Jared Leto) needing to cure himself, but due to American health care, must do so out in international waters.

That’s just an insinuation of course – Morbius’ illegal experiments necessitate his journey out to sea, but the symbolism isn’t lost. It’s not as if the dreadfully campy Morbius offers much else to consume.

Actors deserve praise for their roles. Not for their accomplished, nuanced performances, rather their ability to stand on a set and speak lines inappropriate for a 1950s sci-fi lark, let alone a contemporary one. Straight-faced, Adria Arjona replies to Morbius’ goal to rid himself of a rare blood disorder with, “But at what cost?” Hollywood screenwriting rarely gets the chance to be so blatantly obvious, unless in the midst of self-parody.

Morbius isn’t parody. Rarely is it ever funny (intentionally funny, anyway). Marvel’s tale of modern day vampirism flatlines almost instantly above a computer generated jungle, Leto’s serious-man acting face staring down bats. Later, he exerts control over the creatures, defeating his foe with an entire colony responding to his whims. This between dopey slow-motion serving only the trailer’s editor and sluggish pacing overall.

It’s not Morbius’ quality so much as the obvious studio machine assuming this is quality. The business behind Morbius is widely known as Sony desperately wants to play alongside Disney, and Sony’s projects like this and Venom skirt the edges like a grade school boy picking on a girl he likes. Yet these ineffectual asides, their limp visual effects playgrounds, and inconsequential characters waste away, annoyingly lingering as each bit character goes through their routine origins.

Venom was equally insufferable, but that property holds more weight in the geek community. That’s the only reason Venom didn’t become an internet punching bag like Morbius. This poor clunker stays in the conversation through memes alone, those providing the lone joy linked to this movie. Credit cookies offer a few details, and become the only thing of consequence over the 90-minutes of screen time. 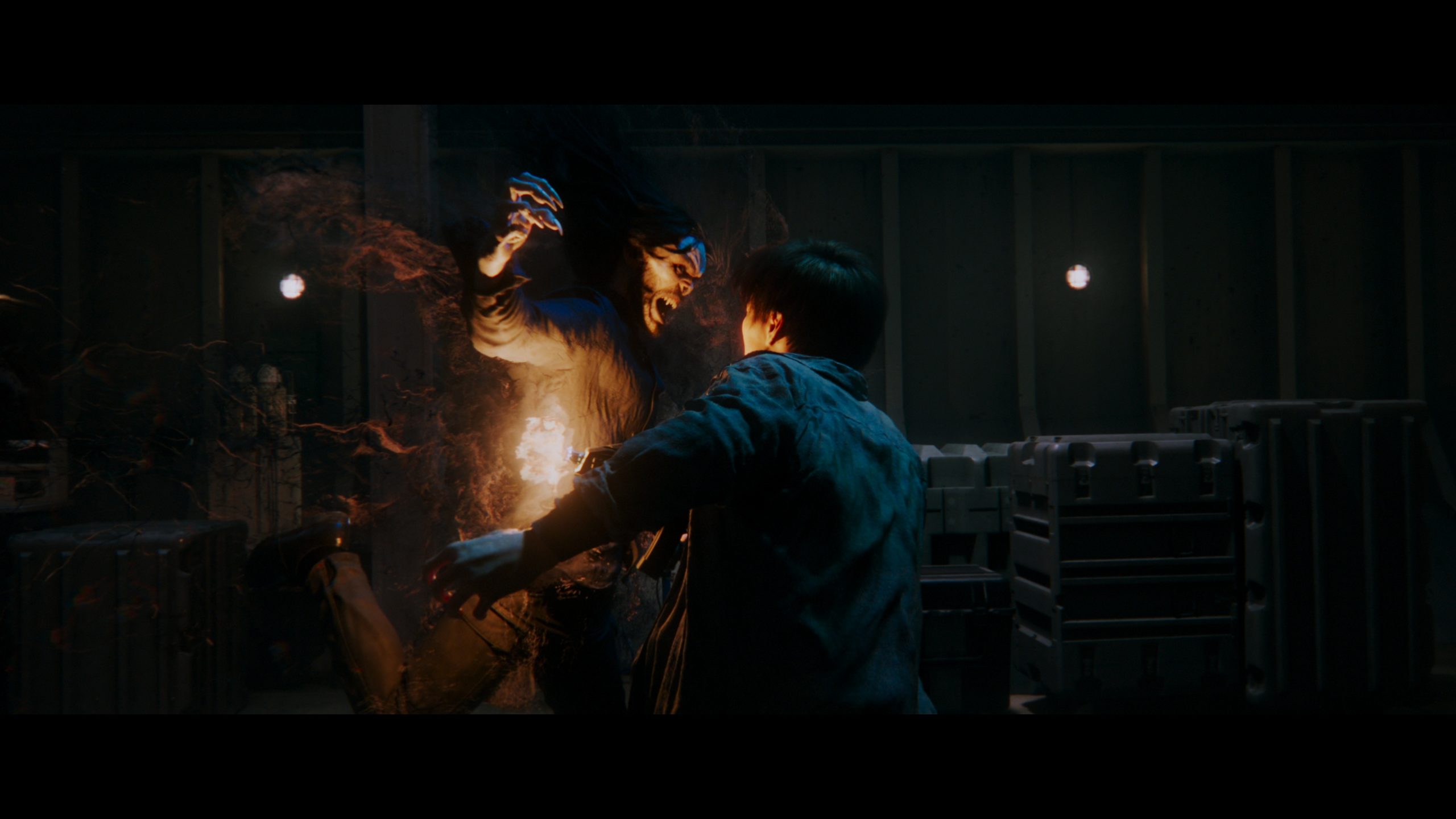 In Dolby Vision, the palette veers between a sickly teal/blue and warmth. This steers the entire image, including flesh tones. It’s bland, if the intent. Primaries have few chances to excel, and this also impacts peak contrast. There’s consistently a light tint to white lights, reducing their fullest intensity. Thankfully this doesn’t do the same to black levels; those remain stout, heavy, and dense. That helps in maintaining depth while providing Morbius with potent dimensionality.

Hordes of bats use the full width available in this Dolby Atmos track. They swirl and bounce channel-to-channel, this amid the other activity whether it’s jungle ambiance, helicopters, or even city streets. Overhead speakers see frequent use, multiple scenes offer easy demo material, including the first one as a chopper pans through a forest. Action scenes sound equally spectacular as bullets sport superlative imaging.

Generous low-end adds the thrust necessary, boomy and tight. Music rumbles during tense dialog scenes, and as the story progresses, the energy pumped from the subwoofer is substantial. A hefty room-shaking effect swells up to meet the scale. Morbius attacks slam into walls and doors, the result tremendously potent. Morbius’ pulses create a brilliant boom. It’s not subtle, if true big budget filmmaking.

The Blu-ray holds everything here as the 4K contains the movie alone. It’s not worth the time given the brief EPK material, with six short featurettes. A gag reel is worth a look though.