For All the Diamonds

Playfully amoral, Hitchcock’s final film is an awkward delight, combining everything the director loved – alternate identities, attempted murder, flirtatious sexuality, and missing persons. There’s none of the grit common to ‘70s era cinema, and if anything, this story pushes against the growing bloodshed allowed by widening censorship standards, Hitchcock showing how to do it his way.

Family Plot is frequently a slog, mostly when away from the delightfully kitschy Barbara Harris. Cashing in on a psychic ruse, she’s an outright parody of new age hippie culture, using eccentricities to lure clients for cash. Her boyfriend, Bruce Dern, is a desperate cab driver, a fall from Hitchcock’s usual depiction of high society, leisure suits, and wealth. The middle class changed. Hitchcock changed with it.

The story’s center is a comical, kooky misunderstanding that unravels glacially, perked up by memorable scenes that include Dern trying to control a car as it careens down a mountainside sans brakes. While the later part of his career carried a number of duds, scenes like that showed the director knew how to maintain a mixture of comedy and tension, at one point even winking at an iconic shot from North by Northwest.

Dern plays an awkward hero, if “hero” even applies. As with each character, he exists between ethical norms; he plays alongside Harris’ scam. The only difference between them and the villains, played by Karen Black and William Devane, is the latter’s willingness to kill for their deceptive racket. Family Plot plays in a world slipping away from clear definitions of good and evil, resting more in a risque center, because unquestionably, audience sympathy rests with the awkwardly fun Dern.

While still colorful, Family Plot carried the hallmarks of its era. The city isn’t presented as luxurious or someplace to settle in; it’s dirty, polluted, and the jobs lack the nobility that once defined Hitchcock’s work. The jobs these characters do range from thankless – an unappreciated cabbie – or criminal – a scummy jeweler. Change in tone and criminality through the years brought Hitchcock to a point where he outright parodied American life. That’s what keeps Family Plot motivated, and uneven as the pacing is, a satisfying send off for a cinematic master. 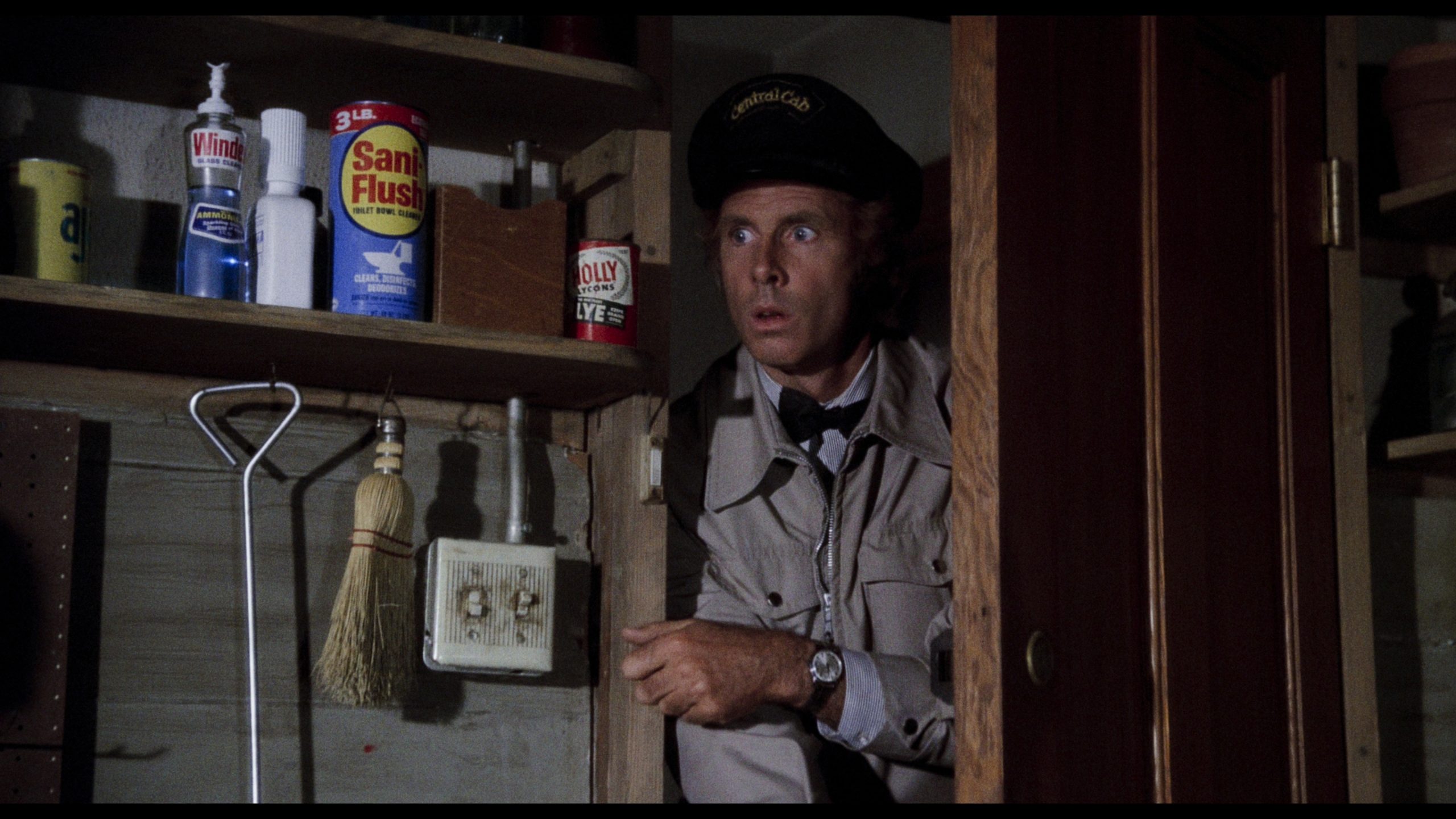 Some (and sometimes heavy) black crush is endemic to the photography, but the HDR pass still shows its might. Intense highlights draw attention to themselves, vividly bright and glowing, renewing Family Plot visually. Pure black regularly appears, crushing or not, producing plentiful depth within the imagery.

Hearty grain doesn’t resolve perfectly. Encoding can become smeary in places, while maintaining the superb 4K scan behind. Resolution brings out the definition, and with it, texture wherever possible. Softer cinematography reduces fidelity at the source yet this is still visibly 4K material. A spotless print keeps consistency.

Adequate DTS-HD mono captures the vintage dialog intact, age barely a presence. Each line comes through cleanly. There’s little range to speak of, even as the score dips low enough to clip the subwoofer a tad. Both treble and bass avoid distortion.

A lengthy 48-minute look at the production is worth watching even if it’s a bit older. Storyboards, stills, and trailers finish the disc off.