Following Saboteur, Hitchcock returned with what was, thematically, the same movie. Now divorced from a propaganda purpose, Shadow of Doubt breathes more freely while dispensing a wartime paranoia thriller about the killers among us.

The hook isn’t that dangerous people mingle in the general population. Rather, the fear that those people exist in our closest circles of trust, turning the idealist Charlie (Teresa Wright) into an anxiety-riddled mess. She’s representative of an entire nation who felt similar uneasiness as America entered World War II, the country’s enemies represented by the uncle she was named after (Joseph Cotten).

Charlie, the uncle, is a murderer, willing to kill to sustain an upscale lifestyle and to maintain social relevance, even power. In an unnerving touch, two reporters – actually detectives – design a ruse to infiltrate Wright’s family by calling them the “average” family. The most passive, the most genuine, the most stable homes can hold a killer; that’s Shadow of a Doubt’s chilling thesis.

“It was a wonderful world, not like the world we live in today,” rants Cotten, referring to grandparents who endured depression and other ills. An odd statement coming from a serial killer, but a mournful core to Shadow of a Doubt, a film designed to bathe in the worst, rottenest elements of society. An era of bombings, international conflict, and incalculable death seems to override Cotten’s character’s own sins. He see his crimes as culling an unworthy herd – the pompous rich and widowed.

Wright spends Shadow of a Doubt either oblivious or in denial. Shadow of a Doubt’s tension lies in how readily accepting she is of another merely because he’s family. Imagine Cotten a Nazi or Japanese imperialist, and the story turns into a fiercely defensive stand against a silent intrusion (or even invasion) by foreign foes.

Hitchcock twists the concept to fit his form. Kitschy conversations about the best way to murder someone add morbid levity, and Wright’s inability to tell (or even suggest) the truth makes her circumstance wholly familiar in the director’s resume. However, it’s also the source of plentiful discomfort, aided by elegant lighting and camerawork. It’s vividly authentic, fear-inducing cinema. 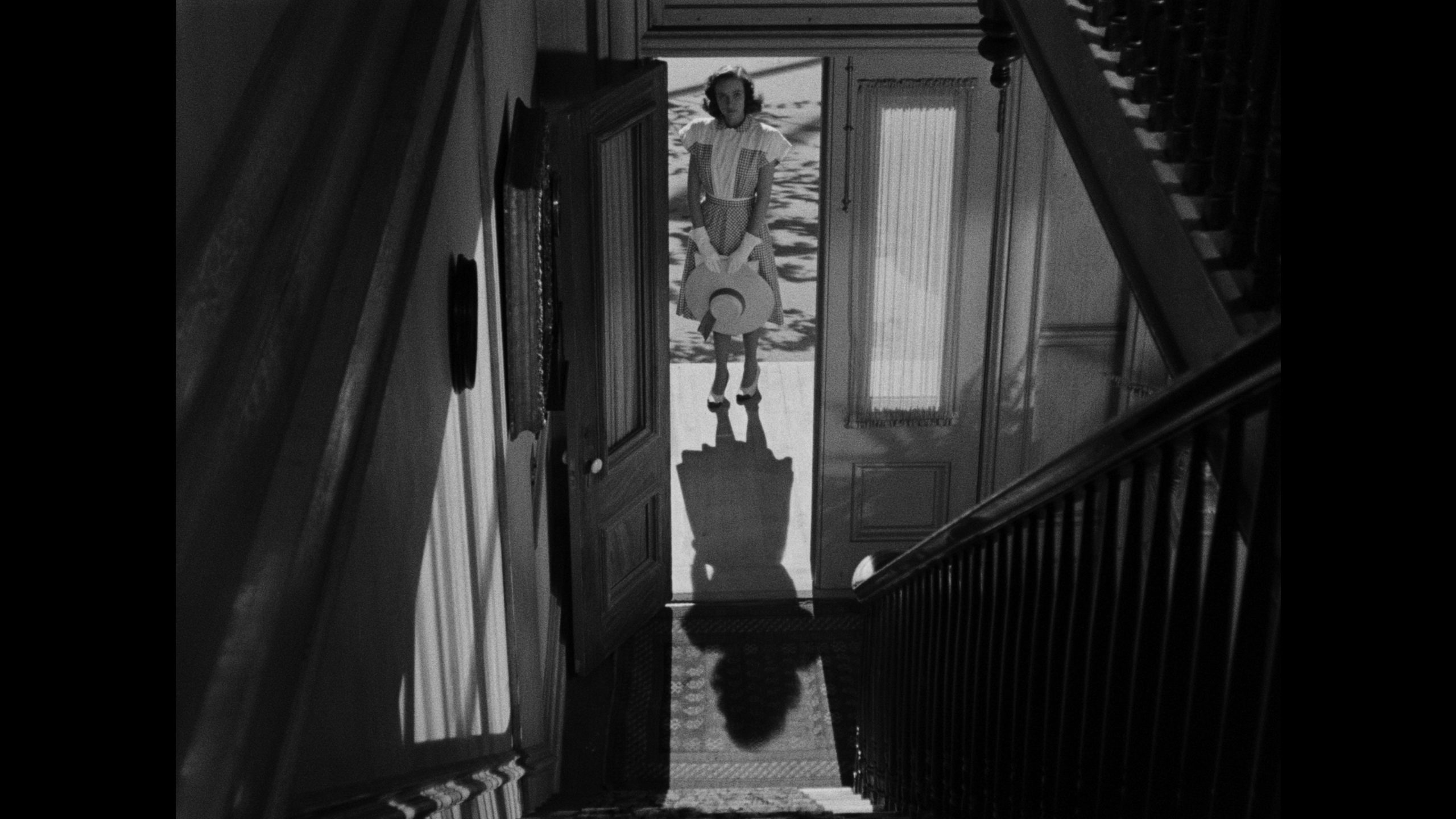 Generous in mastering and restoration, Shadow of a Doubt doesn’t show a single speck of dirt or dust from age. It’s pristine. The true 4K scan delivers detail in droves, the sharpness faultless as it reveals endless definition. There’s texture everywhere, from cracking paint on doors to facial detail up close. Bricks and dirt during the opening scenes spare nothing when revealing every nuance captured by the film stock.

While naturally hollow, the appealing, aged dialog is preserved in DTS-HD. No static or popping intrude. Other than an overzealous echo around 15-minutes (when Charlies tries sending a telegram), the entire track sounds exceptionally pure. The score even dips into the low-end, however minimally.

A 34-minute general making-of titled Beyond a Doubt is older but still relevant given the info inside. Production art, photos, and a trailer complete this lean bonus set.

Shadow of a Doubt