Hotbed of Spies and Saboteurs

Nearly every line in Saboteur plays like a speech directed to a wartime audience. The finale takes place inside and outside the Statue of Liberty, with Patricia Martin (Priscilla Lane) clumsily reading off the monument’s famous words to Saboteur’s fascist sympathizer. This after countless exchanges firing on whole patriotic cylinders speaking on duty, allegiance, voting, democracy, and patriotism.

Saboteur deserves to be considered on a sliding scale – it’s not as if the work has goals beyond inspiring a crowd through anything other than fear. Barry Kane (Robert Cummings) suspiciously stares at people attending a ballroom dance, none of them trustworthy, all potential spies for the enemy (whose national allegiance goes unspoken throughout).

There’s one sensational, truly Hitchcock-ian sequence in Saboteur. The rest, by the director’s standards, barely register as memorable. It takes a shootout inside a theater to finally latch on to Hitchock’s comical morbidity. Men shoot at one another as the background movie’s dialog seems to shout instructions, mocking cinema’s gimmickry and an overdue break from the stiffened propaganda making up the rest of Saboteur.

Consider Saboteur not necessarily of its time so much as of its moment. It exists to support a message, not as entertainment. Yet, Saboteur leans closely to a formula Hitchcock made his own, the wrongly accused man, then toys with an idea that nothing is what it seems, whether a fire extinguisher or an innocent cabin in the woods.

For this, Barry is a perfect screen hero, utterly content against the mania happening around him, strong shouldered to a point that he barely moves his arms; he’s meant to look imposing against the enemy who seeks greater control over government and thus the people. Barry isn’t a serviceman, and that’s no doubt intentional – first to suggest that every piece of the war effort matters, and that even a man in the homeland can impact the German/Nazi/Japanese attempts to break the nation. In that, Saboteur is fine. The rest falls to obviousness. 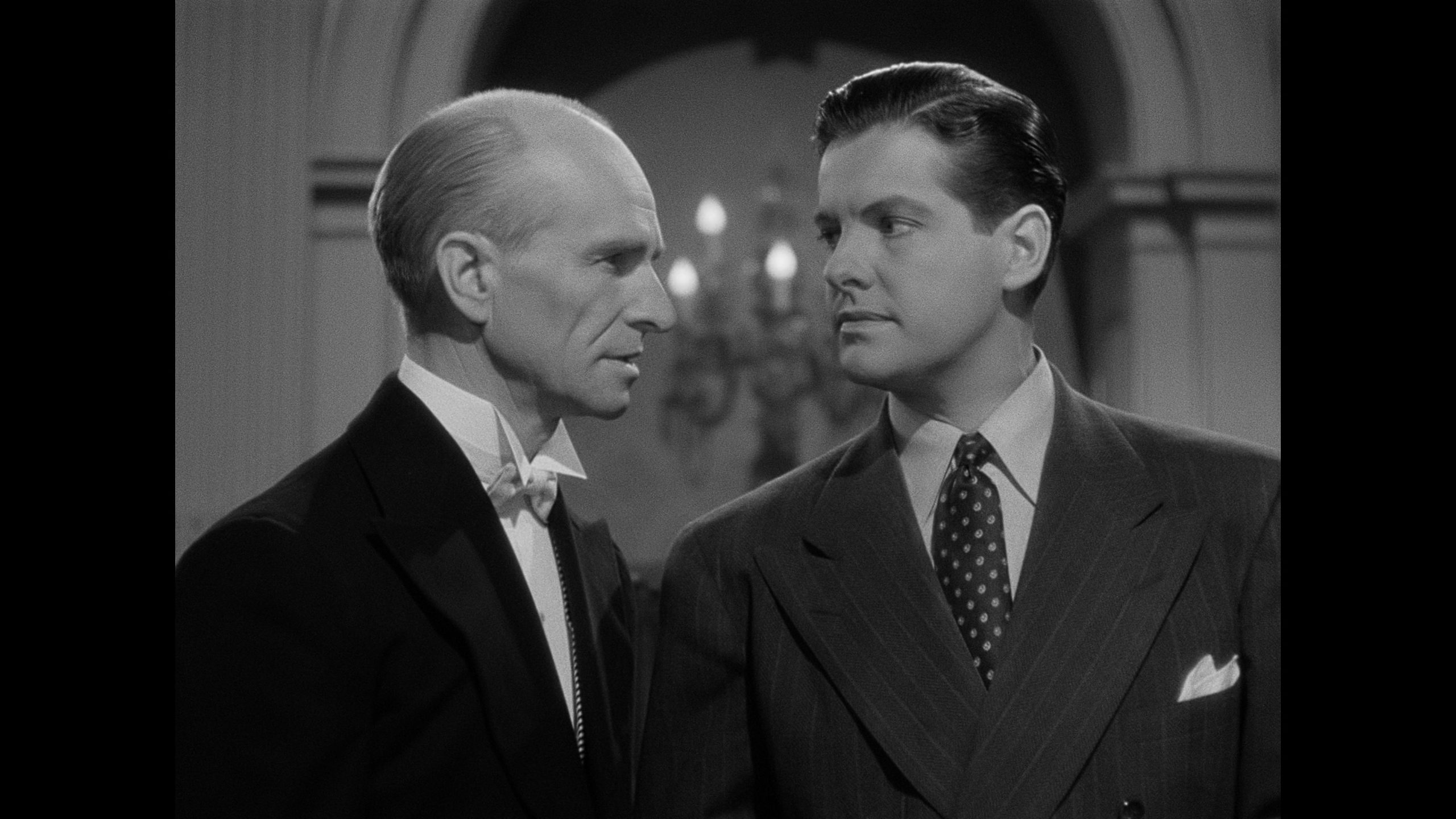 Miles ahead of the previous Blu-ray, Universal performs a fine restoration for this UHD. It isn’t perfect and does suffer noticeable ringing. In spots, grain proves sticky, like wandering mosquito noise as people pass by. Neither is severe, especially considering the rest, which is nearly all positive.

Precise, sharp, and resolved, Saboteur carries the hallmarks of a true 4K scan. Tiny grain resolves easily via the encode, peppering the screen with lavish detail. Pinpoint texture is common whether up close or in the medium shots. Per the norm for the era, dissolves and composite shots suffer resolution loss, a minimal fault when considering the total time. Splotchy spots, possibly heavy repair locations, show up in various points. Look at the baby around 25:00; highlights on her arms and degrade to mush.

DTS-HD mono serves the material well. There’s enough precision in the dialog, slightly scratchy, if acceptable for the age. The score tops off at a reasonable, stable pitch. Limited as the ’40s era sound is, Saboteur offers a fine example for such catalog releases.

On the UHD, a 35-minute featurette includes a number of interviews. Then storyboards, sketches, stills, and a trailer.

Hitchcock dipped into wartime paranoia and propaganda with Saboteur, a passable thriller more concerned with a message than thrills.