The Contractor is unusual in that an emotional first act stands as the script’s tightest, most thematically successful chapter. The opening frames scan a church with Chris Pine dutifully cheering the congregation’s young soldiers. Yet for himself, a veteran, he’s broken. There’s a sense church is his only sanctuary as disabilities from service prevent him from being the family man he wanted to be.

In flashbacks, James Harper (Pine) receives a tattoo. It’s an American flag; Harper is all of 10 years old. His father purchased it – a birthday gift. Later in The Contractor, Harper refers to it as being “branded,” and the story uses that as a metaphorical basis to slam a system that rejects its veterans.

The Contractor…. is damning of the corporations willing to prey on guilt

Rejected, Harper turns to private military contracting, and there, The Contractor slips into a generic form, paced well and driven by Pine’s focused performance. Yet the beats sloppily and predictably fall into place; The Contractor is the sort of action thriller where everyone comes across as unseemly and untrustworthy, yet the protagonist, in his desperation, doesn’t see it. Cue the shootouts and chase scenes, impassioned speeches, and generic twist about corporate espionage to finish this color-by-numbers feature.

Undoubtedly The Contractor saw a greenlight because of potential star power in someone like Pine, not the aggressively harsh look at the American military system. Much as The Contractor bemoans how readily internal politics will toss a willing soldier into the world practically penniless, it’s equally damning of the corporations willing to prey on guilt and need to scoop up trained bodies, employing their skills without question.

It’s a film often playing out in the dark, with Pine hiding in shadows, chasing targets, or avoiding detection. Mood attempts to shift from dire domestic situations to deadly encounters in the field, yet only the former feels authentic. While it’s hardly exciting watching a father try to keep his traditional family structure intact (as his dad did), those scenes carry dramatic weight the derivative action cannot. A slight documentary camera style disappears as the guns come out. The Contractor tries to satisfy both, but can’t bridge them honestly. 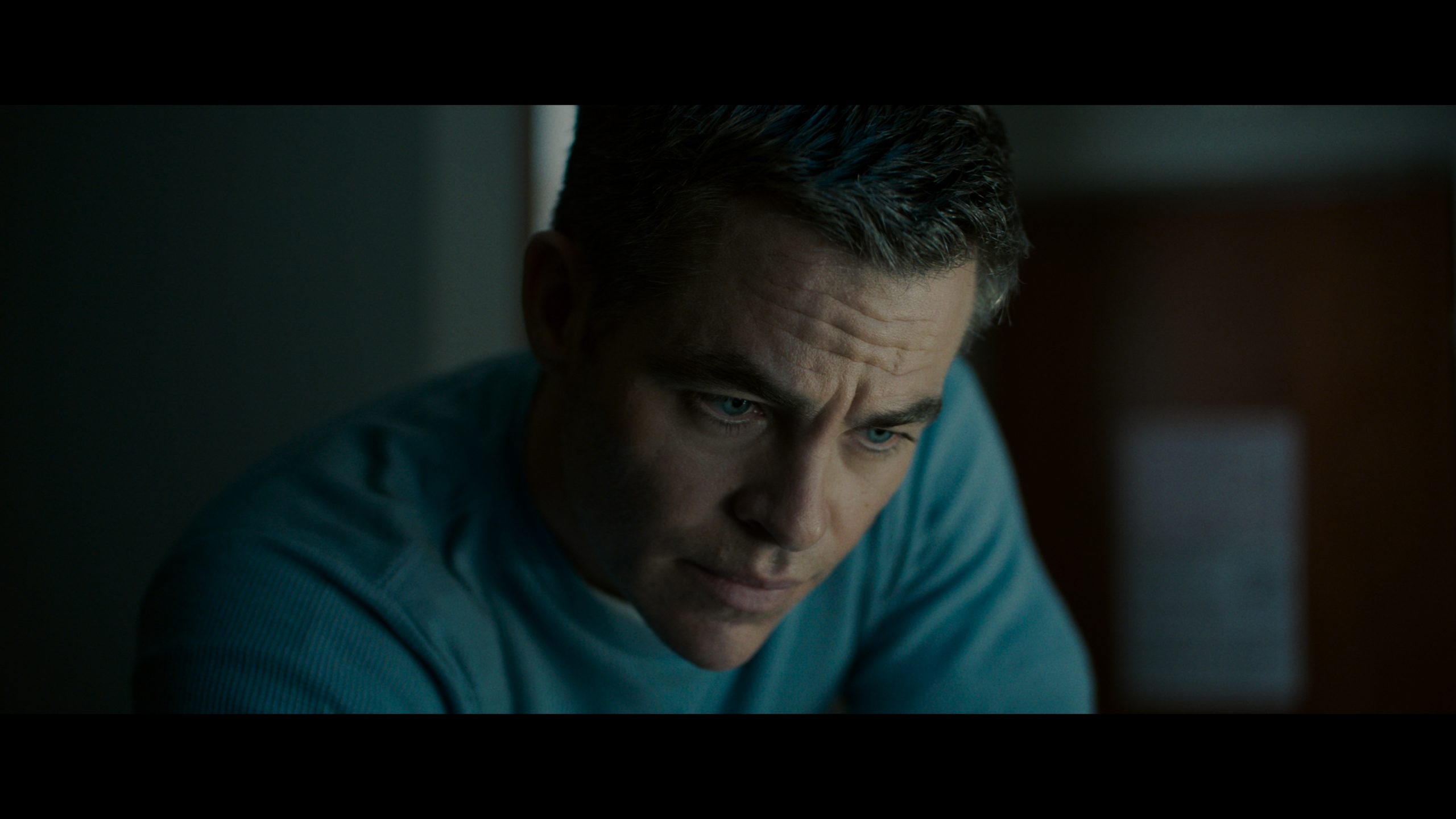 From what appears to be a 2K finish, Paramount transfers The Contractor to 4K cleanly. The chillier color aesthetic keeps flesh tones flat, favoring a blue push. This keeps other primaries subdued too, if not without some density. Even if they dominate, the blues and greens look solid.

Sensational black levels keep the pace. Shadows are fantastic, dropping to pure black often and staying there as needed. Pleasant contrast shines from an HDR pass. There’s enough dimensionality to go around and make use of the format.

Passable detail pops from the upscale process. Facial texture sustains in the mid-range, if not up to the standards set by a true 4K source. The Contractor is a reliable UHD release though, even in the environments/exteriors. A light grain filter doesn’t pose an issue for the encode.

It takes a while, but when the gunfire starts, the bass erupts and provides incredible thrust with every shot. The room shakes, and the consistent rumble from fired rounds is pure Hollywood big budget filmmaking in DTS-HD 7.1.

Away from the action (which is most of The Contractor), there’s mild ambiance onboard subways, as helicopters pass, or as dogs bark in the background. Rain effects perform well too. Oddly though, amid the fighting, there’s little sense bullets are panning through the soundstage; this is all concentrated in the fronts.

Totally blank. Paramount doesn’t include the usually requisite Blu-ray either.

The Contractor’s critique of military work and veteran support filters through a commendable if bland thriller.