Amanda (Sandra Oh) spends almost the entirety of Umma living a lie based in generational guilt. This gives Umma grand purpose, a metaphor for motherhood’s anxieties as her daughter nears college age and begins to pull away. In that, Umma is enormously effective, and Oh’s performance a genuine one.

Due to her maternal anxieties, Amanda keeps her daughter locked from the outside world, inventing a false narrative about an illness when near electricity, denying her kin a normal life. Suffering from childhood trauma, Amanda envisions her past, seeking comfort in isolation, of which Umma presents as a lonely farmland. Society forgot her, the same as Amanda wishes she could forget her own past.

Yet this is mere framework, successful as it is, for a tepid, dull, horror slog. Umma’s supernatural manifestations and jump scares become obnoxious in their repetition. Amanda’s visions feel the same each time out, and their growing aggression takes ages to develop into something significant. This, in a mere 80-minute runtime.

The concept and theme doesn’t correlate to the genre chills. While eerie in a piecemeal manner (Amanda attacking her daughter, or burying herself alive), in tandem with this story, the earnestness and projection of parenting fears can’t connect to the distinctly cultural Koren horror vibes. It’s traditional genre framing colliding with the modern era of intellectual horror, but unsuccessfully.

All credit goes to Oh for keeping the tonality fiercely intact. Fivel Stewart, playing her daughter, takes the thankless role as a rebellious teen and nails it plausibly. A layer of abusiveness factors in, creating genuine discomfort, from which Stewart appears genuinely shocked, lost, and confused. There’s an additional element stemming from Amanda’s efforts to keep her heritage buried, maybe for fears of racism or more likely as an out to drip feed exposition to an American audience. It’s another thing Umma can’t capitalize on. 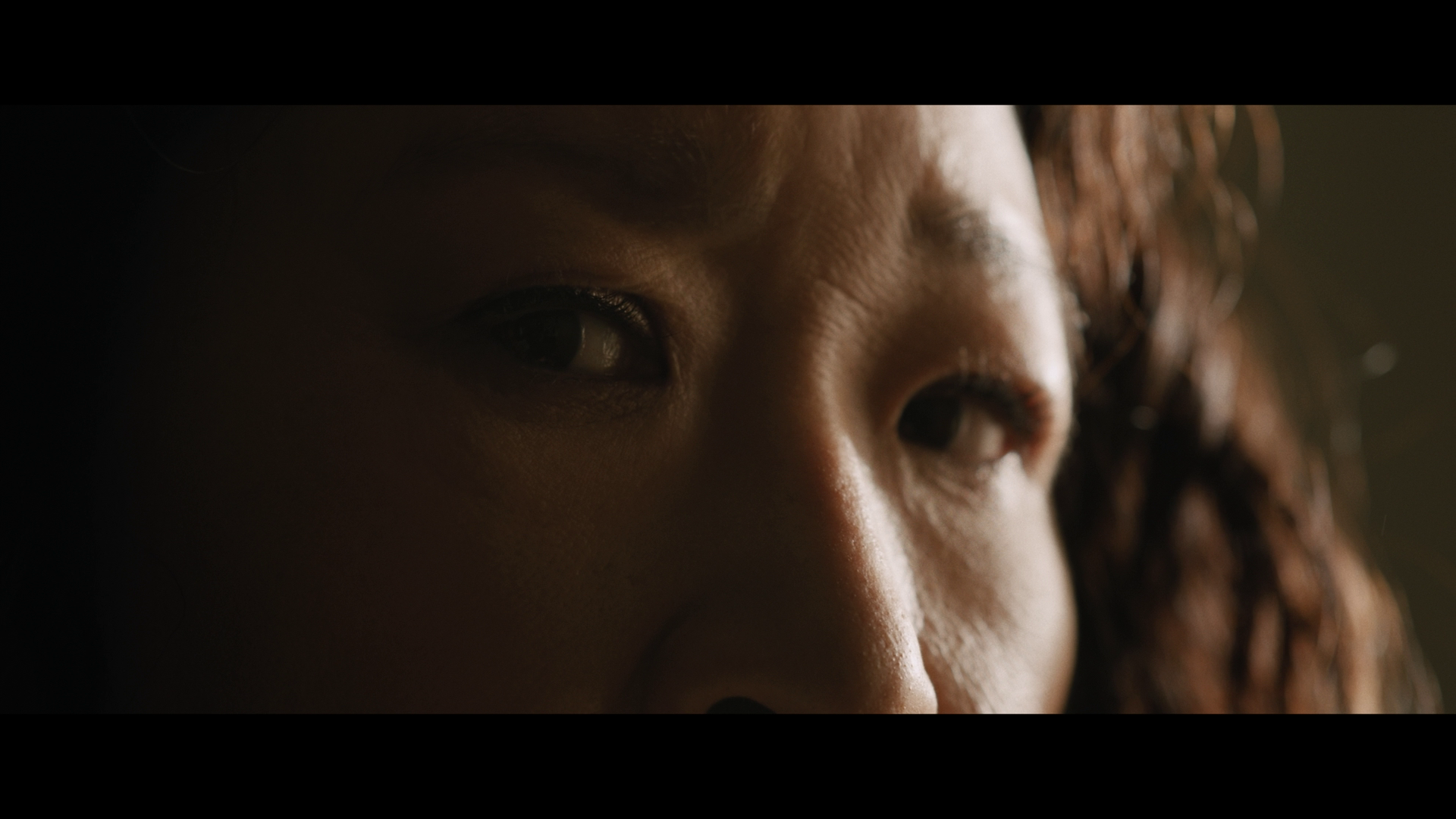 Choosing a cooler palette, Umma isn’t without warmth given the nature/farm locale. Flesh tones look especially vibrant in the daylight. In the dark, blues and teals rule almost exclusively. Tonally, it fits, and Sony’s disc handles this with care.

Brutal with its music stings, there’s no minimization of range. The subwoofer throbs, whether shocking through a jump scare or building tension with a heartbeat.

Sound design makes full use of a 5.1 space, spreading effects wide through the rears. At times, it’s a shame this isn’t mixed for Atmos given the creepy moments on higher floors in the house. Still, the surrounds pick up where needed, and stereos do their job too. There’s notable knocking and screaming to go around. Umma’s an audio pleaser.

Umma makes a strong metaphor for the anxiety of motherhood, but it’s a tepid dud as a horror movie.