If True Romance were only a single scene – a short film – just a verbal sparring duel between Christopher Walken and Dennis Hopper, it’d reign among the greatest shorts ever made. Written by Quentin Tarantino, the scene comes through as a practice run for his later works like Inglorious Basterds and Christoph Waltz’s impeccable introduction. Vulgarity and racist barbs fly. Enraged smiles are exchanged. The tension? The type only Tarantino seems capable of.

For True Romance, it’s not necessarily a crucial sequence. If anything, Walken and Hopper tear down one another for too long. But this is a movie’s movie, starring a movie geek that lets Tarantino implant his own fantasies onto star Christian Slater’s screen presence. Allowing Walken and Hopper belittle themselves is pure Hollywood, a masterstroke in a movie that chastises the business, equal to the time it spends lavishing cinema through a lustful gaze.

True Romance is critical of the unreality cinema portrays

In 1993, this seemed new. Unreal. Unusual even. Fan culture stayed in a corner. Stereotypes bloomed – dingy basements, musty comic book stores, and anti-social geeks gathered to talk Spider-Man. Suddenly, True Romance turns that into Christian Slater, still awkward, still in a comic shop, but using his raw love for kung-fu as an in to bed Patricia Arquette. That was the dream. True Romance saw a future where pop culture turned into an entry point for relationships, and let movies turn people into drug dealing rebels.

Clarence Worley (Slater) isn’t only living a movie – he’s surrounded by them, wrapped in their influence, and enamored by their spectacle. He’s numb to violence, reeling from hours of Sonny Chiba flicks and waving a gun like Charles Bronson. Worley sees himself invincible like those screen icons because his sheltered existence doesn’t allow him to fear; he’s stocked up on quotes, techniques, and performances, ready to utilize them in any situation.

As an anti-hero, Worley doesn’t fall to either a villain or hero role. True Romance is critical of the unreality cinema portrays, and predicted the effects from a studio-driven entertainment space. Worley represents countless fans, now surging through social media, defending their brands, seeking their own sense of worth and cool from entertainment. What Worley does isn’t driven by love or a need to escape mundane life. Rather, Worley wants to be the guy he sees on screen every time the lights go down. It just happens the pieces fall into place, beginning with a woman. 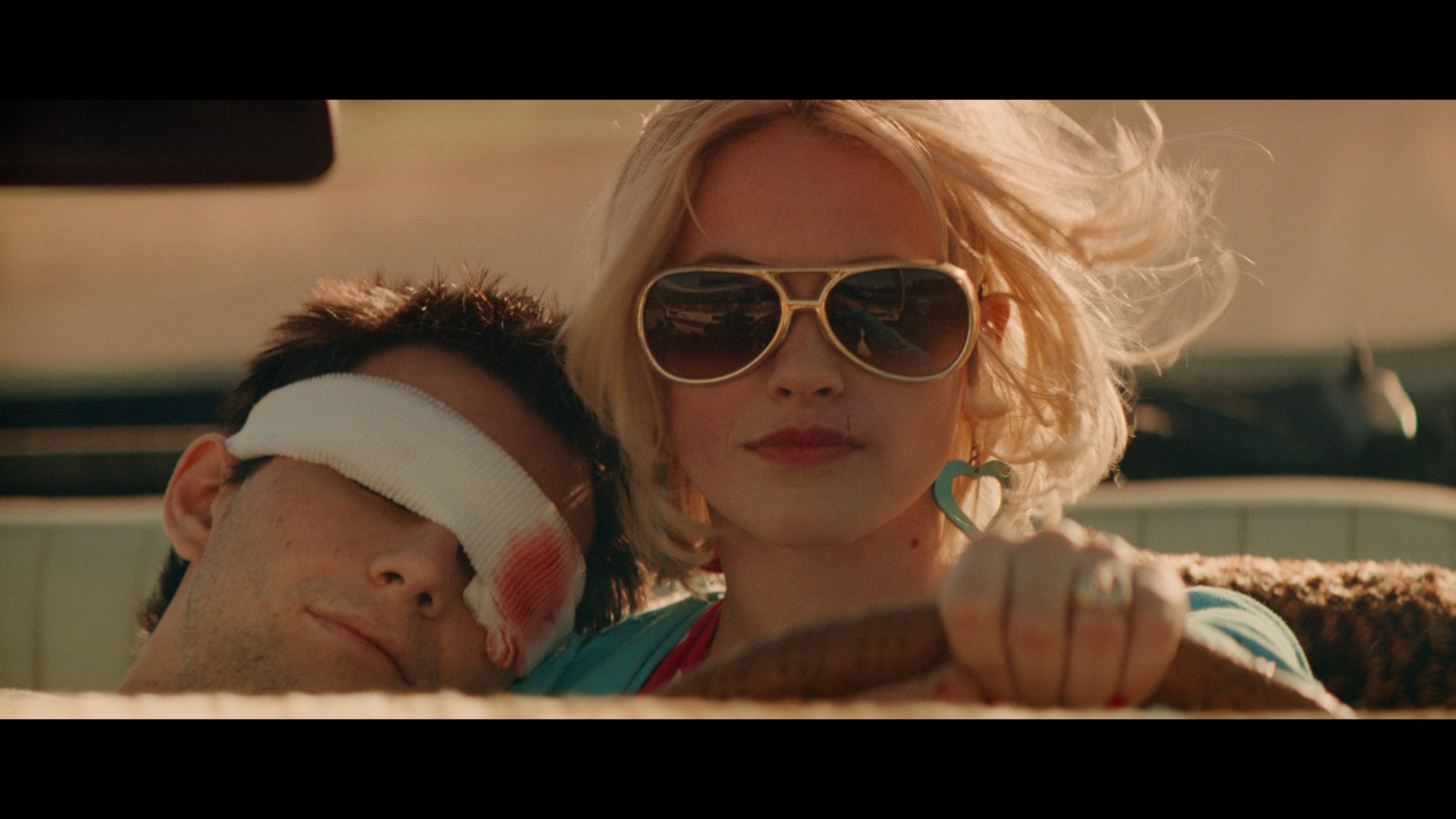 On the softer side, cinematography doesn’t let the resolution shine, unless the precise grain is able to catch the eye. Arrow’s compression looks outstanding, maintaining the film-like appearance for the full runtime. That lets detail breathe, limited as it is by the source. There’s facial definition galore at the peak, especially when the sharpness picks up.

Superb color reproduction brings out intense primaries. When Arquette sits on the billboard, the ad shows an incredible red. That’s a starting point for other hues, including great flesh tones. High saturation preserves the source material accurately but with a light kick provided by the Dolby Vision pass.

A loud DTS-HD track in 5.1 doesn’t spare the volume, the dialog mixed prominently, unusually so. That doesn’t diminish the rest as the score heats up, bold and beefy. Fidelity strains a little, but marginally. Gunshots oddly lack impact though.

The city breathes around the characters, from sirens to panning cars. Trains run across the stereos with sufficient power in the low-end.

Four (!) commentaries, beginning with director Tony Scott, then Quentin Tarantino, followed by Slater and Arquette, then Tim Lucas. Six scene-specific commentaries date back to the early ’00s, but two from Bronson Pinchot and Saul Rubinek are new. Four new interviews include Susan Becker, Michael Tronick, Larry Taylor, and Mark Mancina alongside John Van Tongeren. Eleven deleted scenes run nearly a half hour, plus offer an optional commentary from Tony Scott. An alternate ending, EPK, trailers, and images close this one out.

An early take on a “geeks inherit the earth” story, True Romance turns its movie-adoring hero into a character in a pure Hollywood thriller.