“The hook now is another wealthy west coast tycoon trying to hold his status. That’s everything in Beverly Hills, unlike Detroit where Foley sniffs out a low-rent credit card forgery scheme. There, people try anything to get by; in Cali, the rich only seek to become richer. Beverly Hills Cop II maintains that lifestyle comparison, if with far less visibility than the first movie. Per sequel rules, the goal here is to recreate rather than embellish.”

Intensified by Dolby Vision, highlights blossom. While at times a dustier-style cinematography, this doesn’t dim the end results. Exterior light pours in through windows, keeping contrast high, even clipping, although that was Scott’s style. A solid foundation of black levels complete the depth.

While failing at times, Paramount’s encode generally keeps up. The first issue comes early as Murphy enters a smokey bar. Chroma noise swarms the screen, more so than film grain. Thankfully, that’s brief and uncommon. Mostly, Beverly Hills Cop II is free to present gains in resolution over the Blu-ray. Superb texture and sharpness display true 4K material, and while the source holds things back from being a reference effort, this is still stellar. Facial definition appears in close and medium shots. Exteriors all excel. 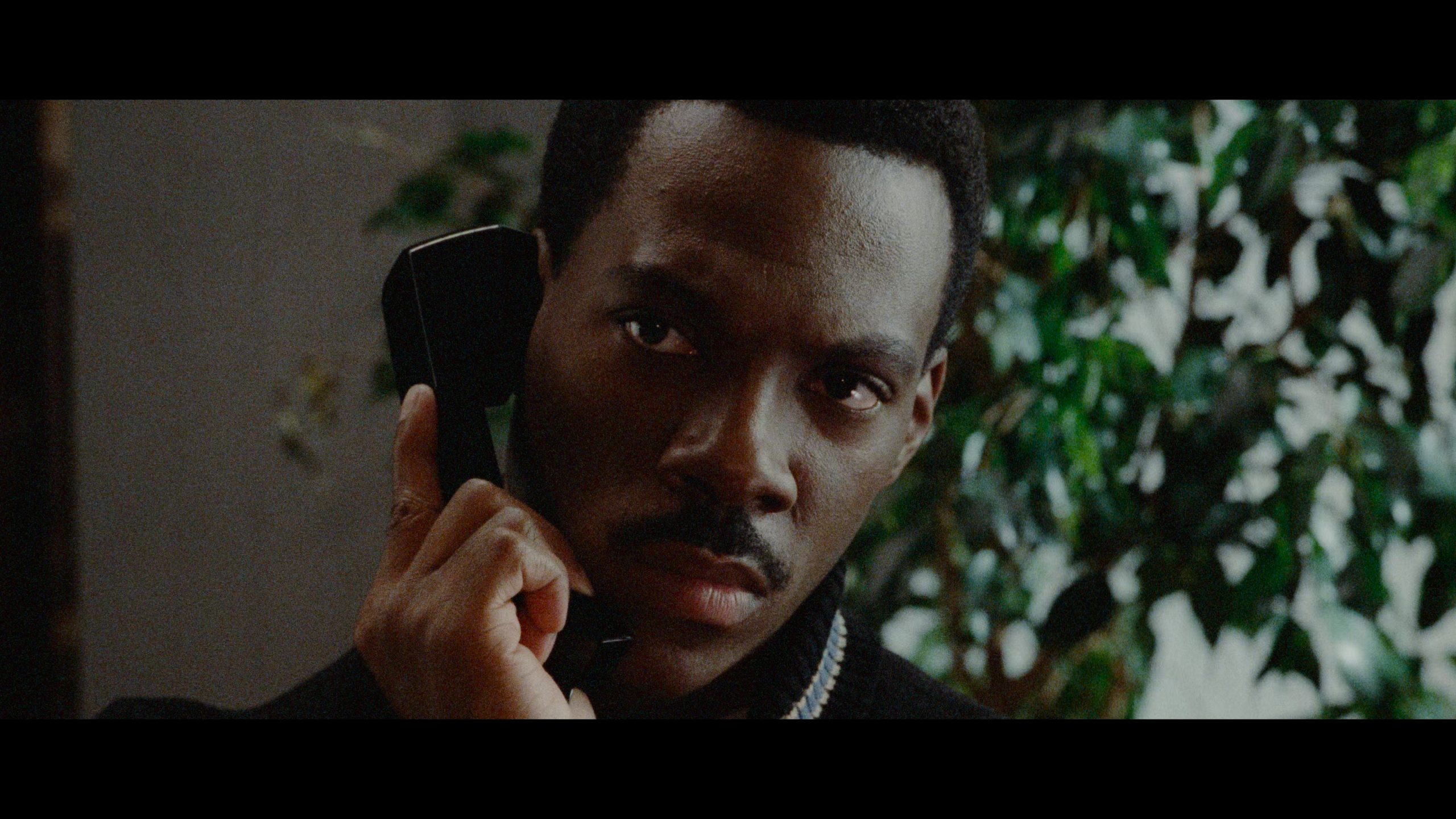 No update here. Paramount copies the Blu-ray’s DTS-HD 5.1 track. Generally a stereo mix, a few surround moments factor into this track. An occasional bullet will move from the fronts, the score widely separates, and an active strip club employs heavy ambiance. However, the stereo split is audibly more aggressive, adding to the chaos as Rosewood drives the cement truck. Smashing metal pans across the speakers with no opportunity missed.

Just like the Blu-ray: nothing, and to note the Blu-ray isn’t included either. This is just a UHD package.

A sequel as slick as the original, Beverly Hills Cop II is an action comedy delight that’s pure ’80s.