The band Wilco rose to fame in the late 1990s on the backs of seminal albums like Summerteeth and especially Yankee Hotel Foxtrot. The well-done musical documentary Where Are You, Jay Bennett? delves into the life and career of Jay Bennett. The extremely talented musican was a crucial member of Wilco during the band’s formative years. Unceremoniously dumped from Wilco by Jeff Tweedy, the studio wizard and guitarist would go on to a solo career before succumbing to an accidental Fentanyl overdose at the age of 45.

The feature-length documentary from directors Gorman Bechard and Fred Uhter paints a fair and much different picture of the split between musicians Jay Bennett and Jeff Tweedy, who for all intents and purposes were Wilco for much of the ‘90s. Sam Jones’ I Am Trying To Break Your Heart: A Film About Wilco vividly captured the fall-out between Tweedy and Bennett during the recording process for Wilco’s critically acclaimed album, Yankee Hotel Foxtrot. That documentary was memorable for siding with Tweedy in the minds of many Wilco fans.

… it’s impossible telling the story of Wilco without Jay Bennett…

Dropped by their original label, Tweedy wrested back musical control of Wilco by firing Jay Bennett from the group before Yankee Hotel Foxtrot was released. The album elevated Wilco’s profile into stardom but the guitarist wasn’t around to enjoy its success. Bennett’s solo career afterwards produced some interesting music but he never reached the same heights of accomplishment and fame again.

It’s hard understanding Wilco’s music without learning about musician Jay Bennett. Jeff Tweedy founded Wilco in the 1990s after he split from Uncle Tupelo and Jay Farrar. Originally hiring Bennett merely as a guitarist, the multi-instrumentalist would swiftly become a fundamental force over Wilco’s early output. Almost playing a Brian Wilson-like role in their studio albums, he had a huge hand in shaping albums like Being There, Summerteeth, Yankee Hotel Foxtrot, and their work with Billy Bragg dubbed the Mermaid Sessions. Bennett helped evolve the group beyond their simple alt-country roots with studio trickery. He was a creative tour de force who pushed the group to new heights.

Bennett’s life and musical career are covered through interview snippets with friends and family. His brother and mother offer personal insights into the man, while fellow musicians like Billy Bragg, Edward Burch, and Wilco drummer Ken Coomer delve into their professional relationships with Bennett.

Wilco honcho Jeff Tweedy isn’t an active part of Where Are You, Jay Bennett? The documentary uses archival clips and disembodied recordings highlighting Tweedy’s feelings, including an excerpt from Tweedy’s own audio book. It’s a workable compromise though Tweedy’s lack of involvement is a hole in an otherwise tender and complete portrait of Bennett’s career.

The focus of Where Are You, Jay Bennett? dives into Bennett’s heady days with Wilco. The film is made with an eye on Wilco’s fan base, going behind the scenes as the guitarist’s influence over their music became more and more important on seminal work like Yankee Hotel Foxtrot. The most gratifying moments come from comparing differences in the final mixes for the album against the original demos and mixes.

Participants like Wilco’s former production manager and drummer lay out a fairly revealing snapshot as the group mostly became a creative vehicle for Jeff Tweedy and Jay Bennett before their untimely split. The documentary isn’t a slam against Tweedy, though Bennett’s disappointment from the conflict over the contentious Yankee Hotel Foxtrot recording process is tangible.

Jeff Tweedy and Wilco became more famous than ever after the success of Yankee Hotel Foxtrot, winning Grammy awards and achieving stardom. But it’s impossible telling the story of Wilco without Jay Bennett, who tragically passed away of an accidental overdose in 2008. 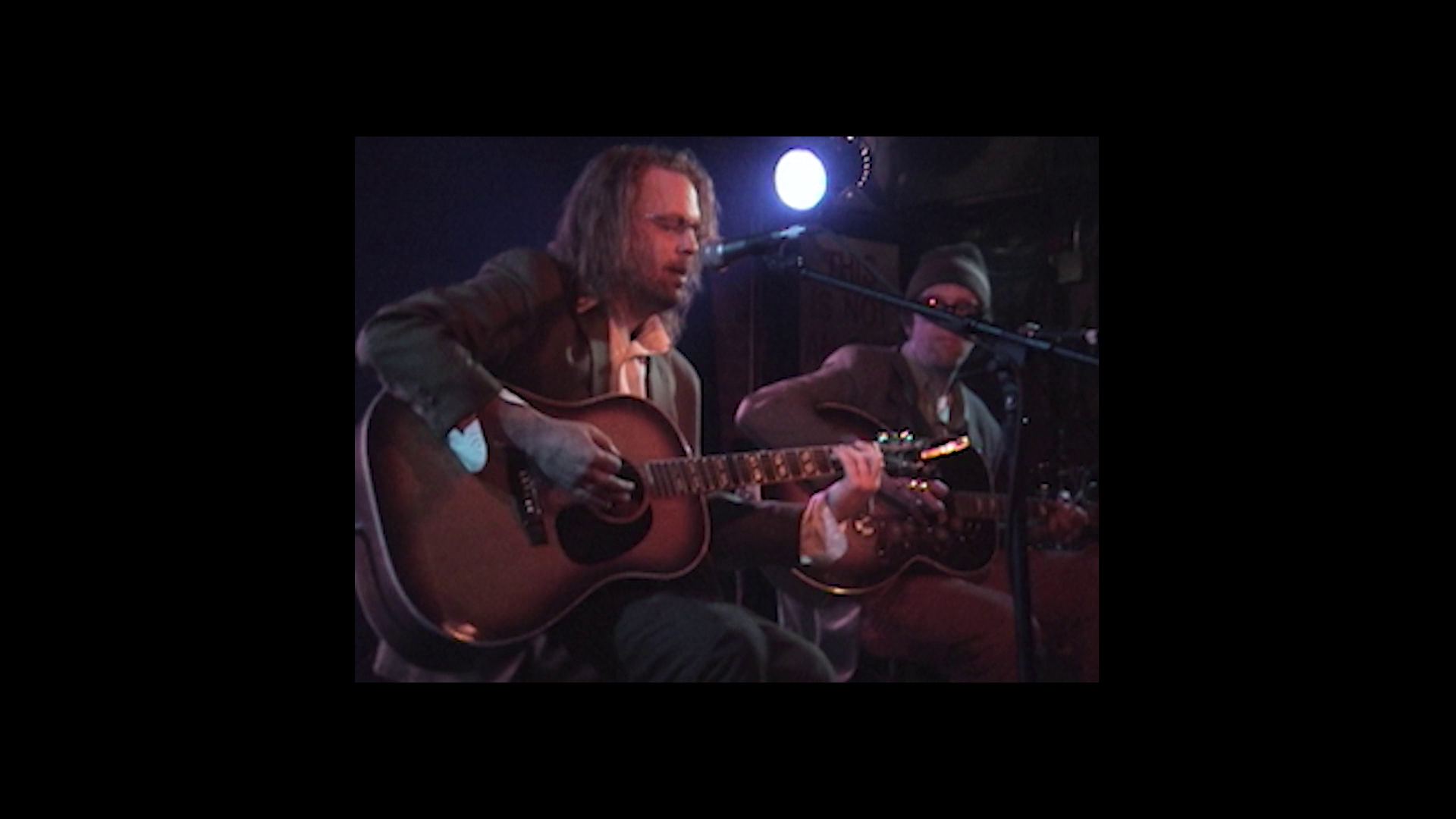 A primary weakness is the poor picture quality of the stage clips with Bennett performing, mostly employing what appears to be personal camcorder footage filmed in windowboxed standard definition. Many are from a 2002 performance with Edward Burch, shot in a limited 4:3 format. You would think a major band like Wilco would have better-looking video available from their heyday but I get the feeling the producers didn’t have access to Wilco’s own archives for this project.

The 2.0 PCM stereo soundtrack possesses intelligible dialogue and nicely-balanced music. There is a full, open quality in the sound as vintage musical performances and clips offer robust clarity. The audio clips, often disembodied recordings made by Jay Bennett, play in somewhat lesser quality. Songs have a crisp, crunchy presentation which highlight popular hits like California Stars.

The Blu-ray and DVD combo set serves up a whole host of special features, including a commentary and a full tribute concert. The complete and uncut videos of important interview segments are included. The BD is coded for all regions.

Audio Commentary By Co-Director Gorman Bechard – An interesting behind-the-scenes exploration of how Bechard came to the project and his feelings on Bennett as he sits with Sofia Rokas.

Interview With the Filmmakers By Brian Otting (28:07 in HD)

Where Are You, Jay Bennett?

An engaging and revealing documentary about Jay Bennett, a musician who had a massive influence over Wilco’s early output before Jeff Tweedy fired him.