Helios on the Run

Wild Things is the cinematic equivalent to a trashy, true crime recreation cable show, but acted out by premiere talent. Gleefully, Wild Things plays out like pulpy tabloid fodder, seductively crude, and hopelessly tawdry – just in the best way.

Initially, Wild Things feels like a surreal time capsule, with a rape allegation set entirely from the male perspective. If anything, time helped this script come across even scuzzier in the #MeToo era, playing up the darkly comic tone while exploiting a generation raised on late night, uncensored premium TV.

The first line comes from Denise Richards, aggressively telling a classmate to, “Fuck off.” That’s subtle in Wild Things. Soon there’s sex, three-ways, lesbianism, murder, police corruption, disloyalty, drugs, and suspicion galore. By the end, there’s so little trust, the tension floods each scene, a sign of a successful ruse – and Wild Things delights in torturing the audience.

Were this a real story, it’d be one that’s improbably perfect for American media. It’s salacious, and better yet, involves the uber rich as much as a girl living in a trailer park, and all involved are white. Wild Things’ saga would own water cooler office talk for months on end, the social appeal enormous. This movie thrives because it’s willing to engage in the worst of human behavior for entertainment, and never apologize for it.

Plus, Wild Things toys with the male fantasy. Much as the story looks out from Matt Dillon’s view, putting him in a position of lustful power over his high school students, he’s actually helpless, even feeble. At worst, clueless. Ego dismantles his plan, yet he’s never smart enough to notice. Wild Things’ greatest trick isn’t the back-and-forth twists that close the third act. Rather, it’s the total reversal of gender roles, presented with sly wink of empowerment, as if taking sleazy male gaze/eye candy cinema into the new millennium.

Wild Things isn’t a brilliant film, but it’s brilliant in how and what it does. On paper, it’s contemptible exploitation. In execution, it’s masterfully goofy, going so far as to cast Bill Murray as a shyster lawyer, laying into the part to an almost reckless degree, but assuring early in the first act none of this is played straight. Wild Things satirizes obsessions, both sexual and of public interest. It’s unrelenting and obscene, somehow turning those into unforgettable positives. 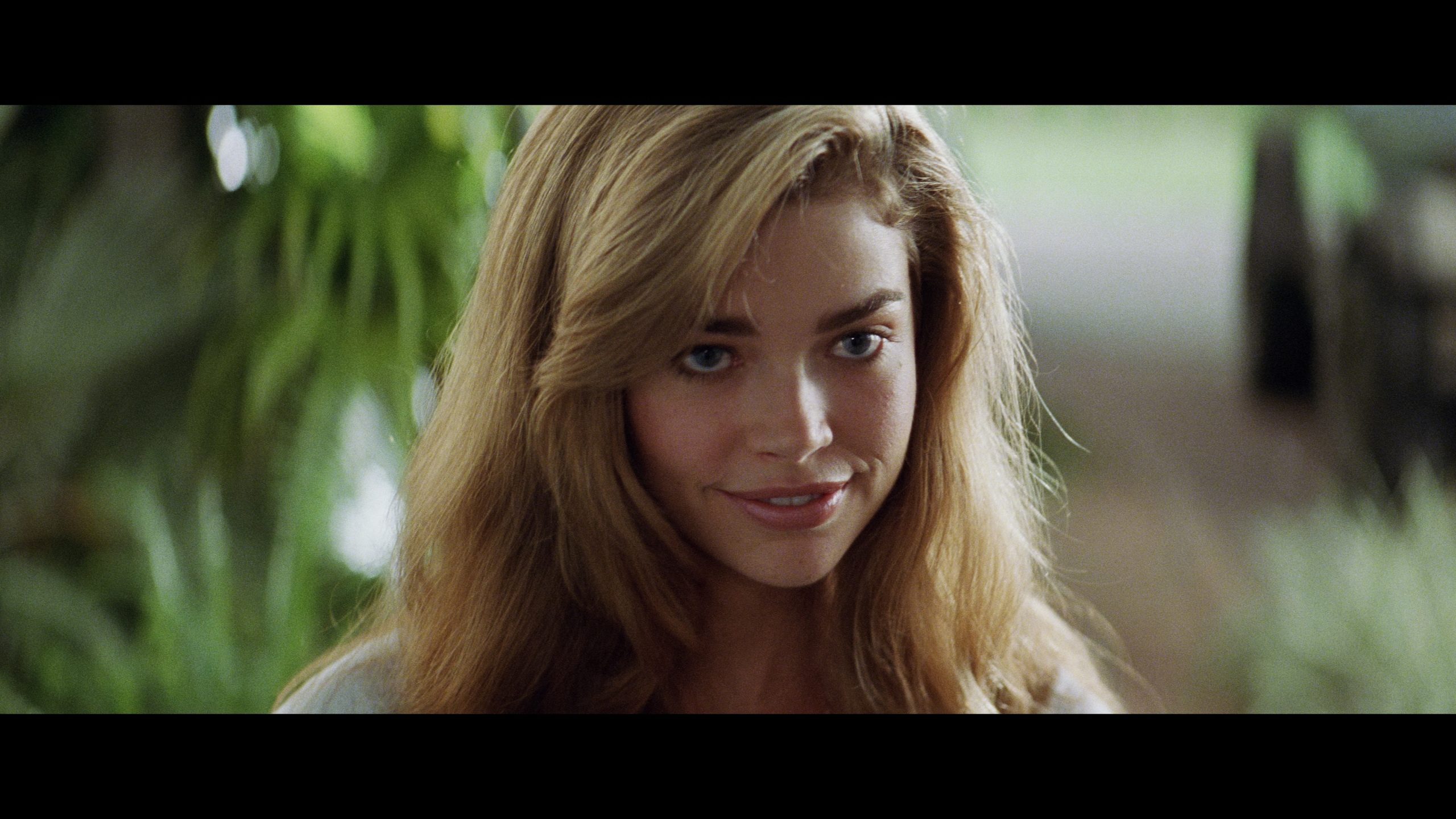 Also excelling: The contrast, intensely bright minus any bloom/clipping. Neons break from darkness brilliantly. There’s lots of zest in Wild Things, and this is unquestionably an improvement over previous disc releases. Black levels hit their mark, consistently deep and spot on. Wild Things isn’t left wanting for depth.

Kept at 5.1, the DTS-HD track brings weight to the subwoofer as the score picks up. The beat fills the room, as does the music in general. Most sound mixes fill the soundstage, although Wild Things makes a point of it. Instruments reverb into the rears in an effective staging.

It’s an ambient movie too, high on atmosphere, from simple wind blowing to school hallways. Specific cues like voices calling out find prominent placement in specific channels. Vehicles travel smoothly in multiple directions. Frogs and insects fill up the rears at nightfall.

Arrow includes the theatrical and unrated versions in 4K. Joe McNaughton features on both included commentaries. He’s with Steven A. Jones on the first, his crew for the second. Then McNaughton is back again for a new interview that runs 26-minutes. Denise Richards is up next, and speaks on her part over 14-minutes. Brief EPK interviews date from the time of release. All 30-seconds of outtakes feature Bill Murray, with trailers and an image gallery capping this disc off.