A young Matt Dillon’s (The Outsiders) first starring role came in Liar’s Moon. David Fisher’s moving period drama is set in rural Texas of the 1940s, a hard-hitting ode to teenage love. Hearkening back to simpler times, an innocent romance ends in tragedy and tears thanks to a shocking secret held by the young lovers’ parents. The tender storytelling balances an old-fashioned wholesomeness with an emotional grit often lacking in what some may call maudlin fare.

Jack Duncan (Matt Dillon) is a working-class boy from a poor family in Noble, Texas. He’s a gifted high school athlete content with his life until meeting Ginny Peterson (Cindy Fisher). Her father is the town’s wealthy banker. Having been sent away to boarding school back east, Ginny returns home. Her father expects her to marry a college boy.

Despite hugely different backgrounds, Jack and Ginny fall madly in love. The only obstacle to the couple’s convincing love are their parents, especially Ginny’s protective father who does everything possible keeping them separated. Dark secrets from the father’s past threaten the couple’s future happiness. Running away and eloping may be the only solution.

Without a doubt, the tragic ending hits much harder. It’s a devastating finish to the sweet, wholesome romance between Jack and Ginny. There’s nothing wrong with the happier ending. It lacks the same dramatic punch and the final act was clearly conceived with the sad ending in place.

Dillon was likely cast for his good looks as a teen hunk but generates enough requisite charisma as the earnest young man. Cindy Fisher is delectable as the sweet, perfectly innocent Ginny. Their obvious chemistry sells what could have been a routine teenage love story. The movie wouldn’t work nearly as well without Fisher’s genuine and heart-felt performance.

Released in the early 1980s with a quaint PG rating, Liar’s Moon touches upon serious issues. There’s no chance it would get anything but a PG-13 rating today. The bittersweet romantic tragedy deals with teen pregnancy, incest, abortion, and even prostitution beneath its seemingly benign surface.

Liar’s Moon is an easy movie to enjoy with its slow-burning love tale and rich character development. By the end, viewers are rooting for Jack and Ginny’s success. Making the final act’s twists and turns all the more meaningful and emotionally powerful. 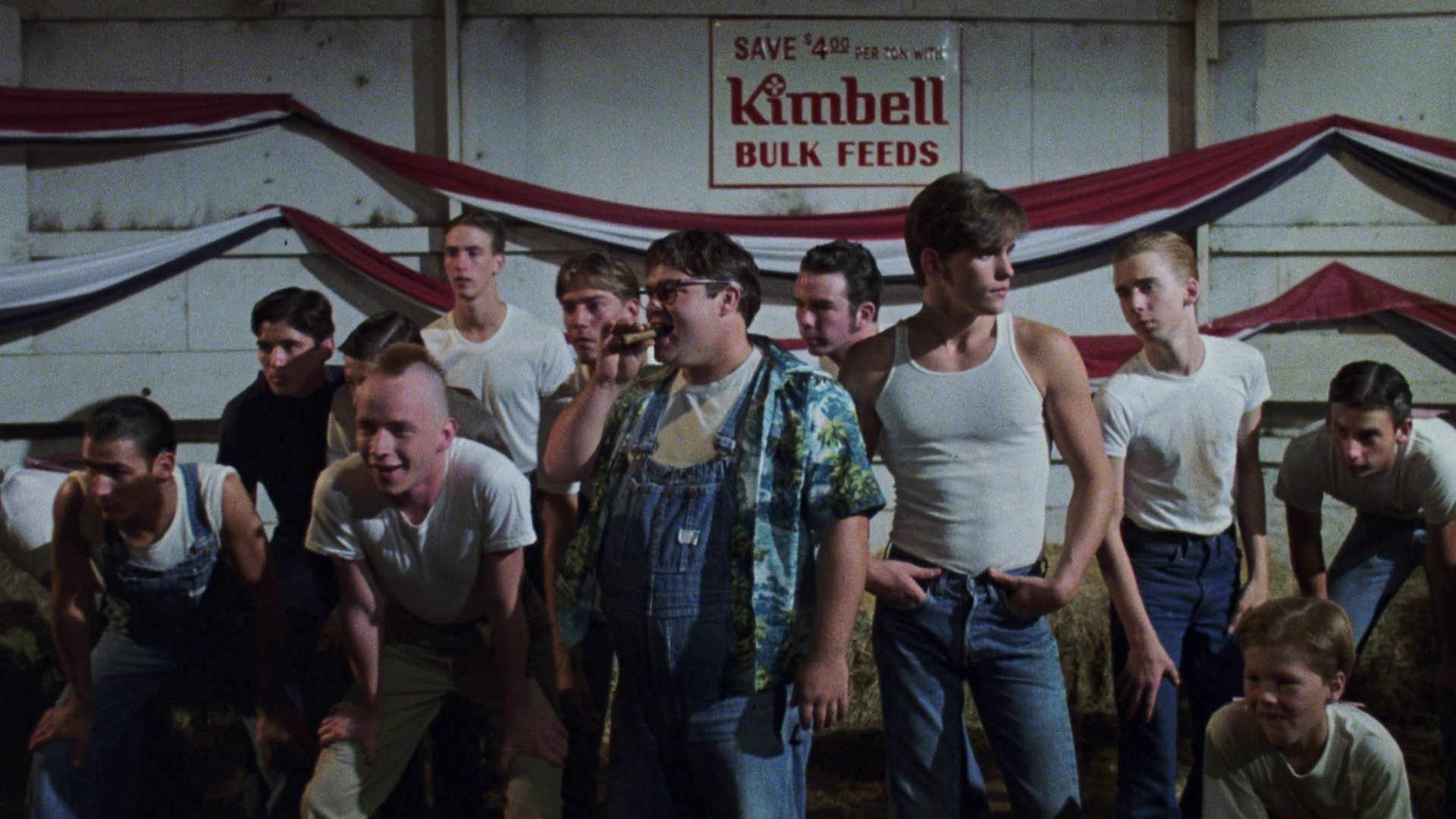 MVD provides a solid AVC encode for what is a questionable and dated film transfer from Multicom. It’s likely an older telecine from unrestored elements. Middling detail and at best serviceable definition make for below-average video. Colors and saturation are nice enough with mostly pleasing clarity, especially in better exterior scenes.

The 1.78:1 presentation is not on par with newer catalog transfers being struck today by labels like Arrow Video. Liar’s Moon’s soft cinematography has chunky grain and so-so shadow delineation.

The main feature only includes the version of Liar’s Moon with its happier ending, running 105 minutes on a BD-50. You’ll have to find the original, much sadder ending in the supplements. Sourced from a poor VHS tape, the sad ending’s picture quality is terrible.

The elements are muddy and often dull. There’s some mild telecine wobble, visible dirt and debris, and generally rough grain reproduction. The 1080p video has actual HD resolution but with limited fine detail. While a massive upgrade over the ancient and poor DVD, this is underwhelming video quality by 2022’s standards.

Stereo and mono soundtracks are offered in 2.0 PCM audio. Asleep At the Wheel provides musical contributions to the country-tinged score and music. This is a clean, serviceable recording with fine dialogue reproduction. There aren’t huge differences between the stereo and mono, but stereo definitely adds more presence and separation.

MVD has rescued Liar’s Moon with a nice special edition. The Multicom property was treated rather shabbily on DVD. #37 in MVD’s Rewind Collection, Liar’s Moon arrives with a slipcover, fold-out poster, and reversible cover art. There’s a new making-of documentary which actually runs longer than the film itself. The disc is coded for all regions.

The biggest issue fans will have is finding the alternate ending’s poor presentation, found as a tacked-on afterthought. The so-called “happy” ending is part of the main presentation.

The Music of Liar’s Moon (13:53 in HD) – A new featurette with composer/song-writer Ray Benson and director David Fisher. They discuss country group Asleep At The Wheel’s involvement with the film.

Alternate Ending (01:57 in SD) – Many fans prefer this much sadder and tragic ending for the film. Clearly sourced from a bad VHS tape, this is not an ideal presentation.

The Last Time I Committed Suicide Trailer (02:27 in SD)