“Wrapped in a time traveling, seedy sci-fi movie is director Terry Gilliam’s look at psychosis and how we define “crazy.” People fear the toothless homeless man who approaches them on the street speaking about the death of five billion people. That man is meant to be institutionalized. But what if he’s right?”

Not the most conducive 4K material, the cinematography of 12 Monkeys favors a filtered aesthetic, giving all imagery a hazy look. Paired with the hefty grain structure (and a rough, inconsistent encode), limited detail is the best achievement. There’s texture, especially facial detail in close. It’s also obvious this comes from a 4K scan due to resolution gains visible during those high points. But by way of the source, Arrow’s UHD effort isn’t a showstopping release.

This is likewise true regarding the color palette. Respectful grading preserves dry, flat primaries. The mental facility’s white walls reflect the restrictive style. It fits though, matching the tone. Later scenes prop up color density outside in the city, making for a better third act in this regard.

As 12 Monkeys looks clad in overcast, the contrast doesn’t pump out intensity. Peak brightness barely betters the Blu-ray, and black levels make about the same impact too. The Dolby Vision application is done with a cautious hand, arguably too cautious. Arrow’s effort isn’t awful by any means, just limited by the material, and for that, it’s hard to see a reason to upgrade. 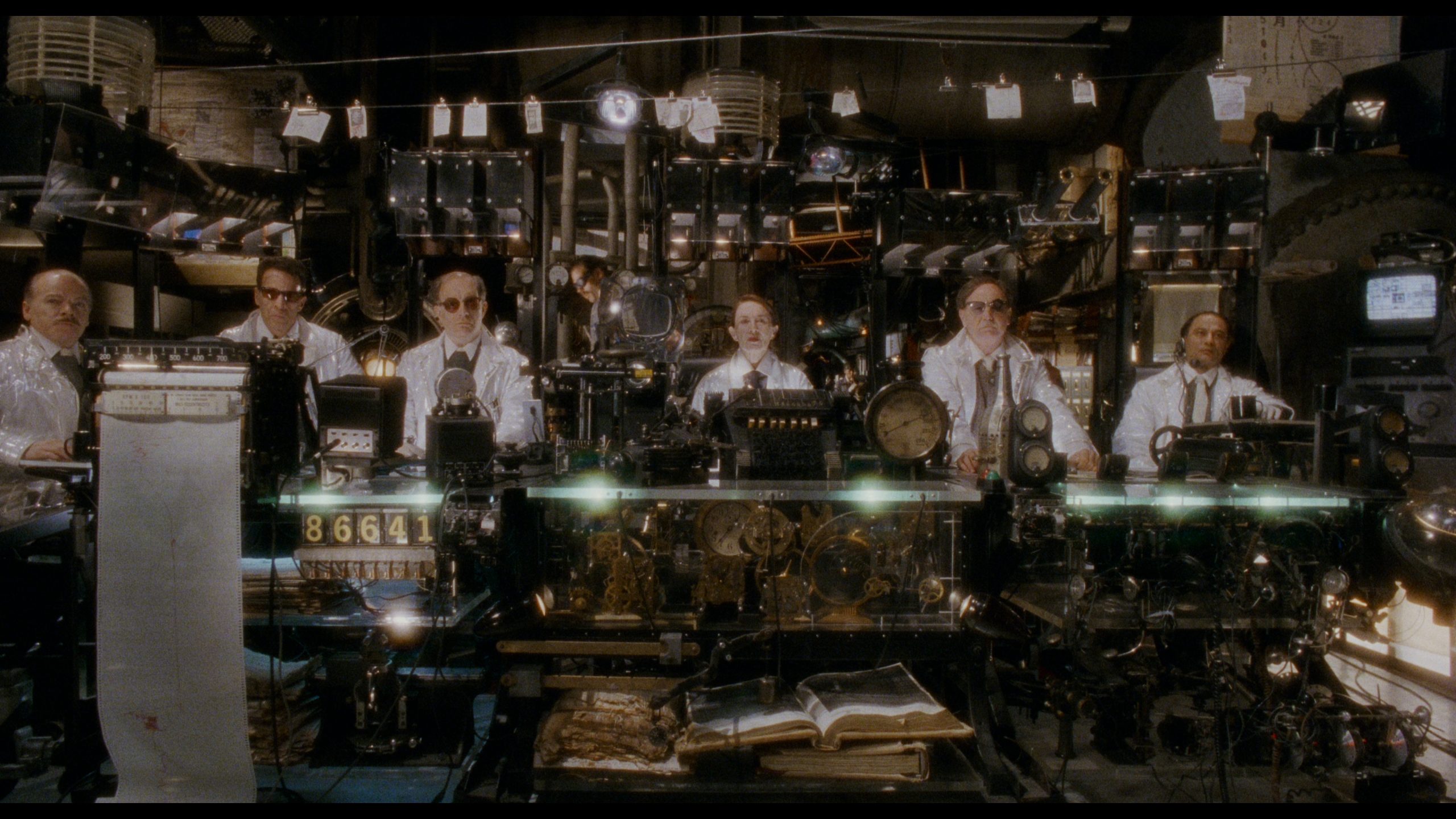 Voices swirl around Cole at multiple points of 12 Monkeys. Those discreetly jump from channel to channel, adding to the sense of mania. One brief scene takes place in WWI, where bullets and mortar shells sweep about the soundstage. That’s a high point of this DTS-HD 5.1 work (there’s also a stereo track available).

Minor ambiance fills crowded locations such as airports. It’s fine, if not standing out. Fidelity isn’t lost over 23 years since the initial release. Dialog pops from the center without fault, and is nicely balanced. Range is a bit pithy, lacking LFE force even in scenes that call for it.

On the 4K disc AND the Blu-ray, Terry Gilliam joins producer Charles Roven for a commentary track, this followed by the stellar The Hamster Factor, a near 90-minute making-of with spectacular footage from the time of production. A 23-minute interview with Gilliam comes from a 1996 screening. Author Ian Christie provides an appreciation for the film, speaking for 16-minutes. Finally, an archive of art and pre-production materials contains all manner of pieces, albeit in low resolution. These look pulled from a Laserdisc.