House Boat that Floats… Away

The only thing less authentic than The Requin’s constantly awful digital effects is the on-screen relationship between stars Alicia Silverstone and James Tupper. Meant as a story of overcoming trauma – Silverstone’s Jaelyn lost a child during birth – the tension derived from those flashbacks amounts to nothing after a stilted exchange. What results feels exploitative, finding artificial drama to cover for the lack of character elsewhere. To involve a grim tragedy like a stillborn baby is repulsive.

On a Vietnam vacation as an attempt to salvage their marriage, the couple ends up swept away during a hurricane, their shoreline hotel room floating on the ocean. Or, at least on a green screen set meant to look like ocean.

The Requin isn’t fun, it’s not thrilling, or even campy schlock

It’s understandable when budgets can’t match the desired scale. There’s allowance for leniency. The Requin’s compositing is so dire however, the outlines and halos look worse than films from the ‘60s shot on blue screen. That’s no exaggeration – underwater, Silverstone’s stands on an obviously fake shallow shoreline, her legs shaped by a cartoon-esque outline.

Isolated, the two find supposedly themselves in dire circumstances. Stock footage lifted from the recent Piranha remake (even though it’s salt water) attacks them, as do the smudgy green screen shots. By the third act, shark footage for another feature strikes. Then, the CG man eater pops up, embarrassing even by the dismal standards set by direct-to-video killer fish movies. Caring about characters when the world they inhabit is so plastic? That’s not possible.

Open Water did this better decades ago, and the recent (if pitiful) sequels too. The Requin isn’t fun, it’s not thrilling, or even campy schlock. Writer/director Le-Van Kiet clearly wanted a film that earnestly dealt with post-trauma health. Even if competently post-produced though, The Requin still lack finesse in dialog, Tupper’s delivery aiming for appeasement towards his on-screen wife, but instead every line is drained of life. When sharks begin chomping, it’s more relief than terror or sympathy. 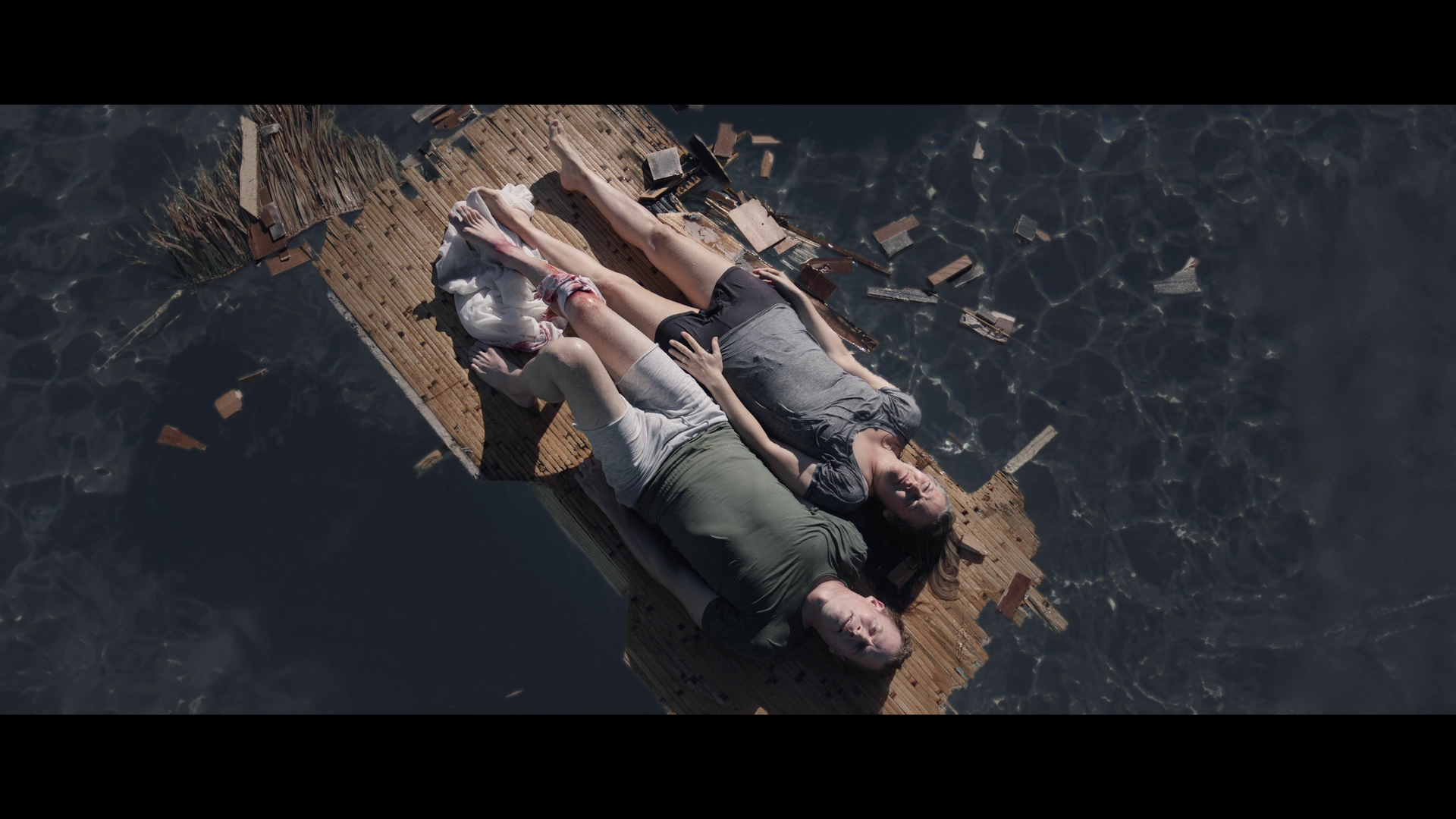 Darker scenes favor overexposure, limiting black level density. In spots, that leads to excessive banding, and The Requin is already thin on the encoding side. Artifacts do slip through for those paying attention, but cause limited loss to anything important such as texture. The Vietnam sun drops hefty contrast over the imagery at least.

Color favors flatter, almost pastel-like hues. This means pale flesh tones, soft primaries, and dry scenery. Taking in some of the resort pools, the water is still dazzling with a teal-like beauty.

Thunder brings average potency to the low-end, adding needed weight to the audio. The biggest jolts include a slow motion shot that sends Silverstone airborne and waves slamming into the shore. There’s range to spare in this track.

Between the open ocean, sharks, stock footage, and awful compositing, Alicia Silverstone never stood a chance in The Requin.