“In reediting the film, Francis Ford Coppola finds a better movie in the material. Messy, but fiercer and faster. Trimmed by five minutes and restructuring scenes, Godfather Coda runs into its plot with immediacy. Through this, Godfather Coda wastes little, and in a way, draws some terror in how trusting people are of institutions. Corleone aids the church which he sees as infallible, meanwhile caught in its own scandal.”

Graded with the same amber/bronze tones as the previous two films, warmth fills the frame. Dolby Vision adds density to the restricted palette, giving those oranges vividness. When primaries appear, they do so elegantly, with purity. Streetside festivals, with floats and banners, show luxurious reds, while neon signs dazzle.

Grand shadows adore reaching pure black, and true to the first two film’s cinematography, crush does occur, but less so than the Blu-ray. The transition into total black happens smoothly, preserving details along the way. This is assisted by heftier contrast, emboldened now, the depth spectacular. Dimensionality excels, even with a slight restriction in the purest whites due to the color. 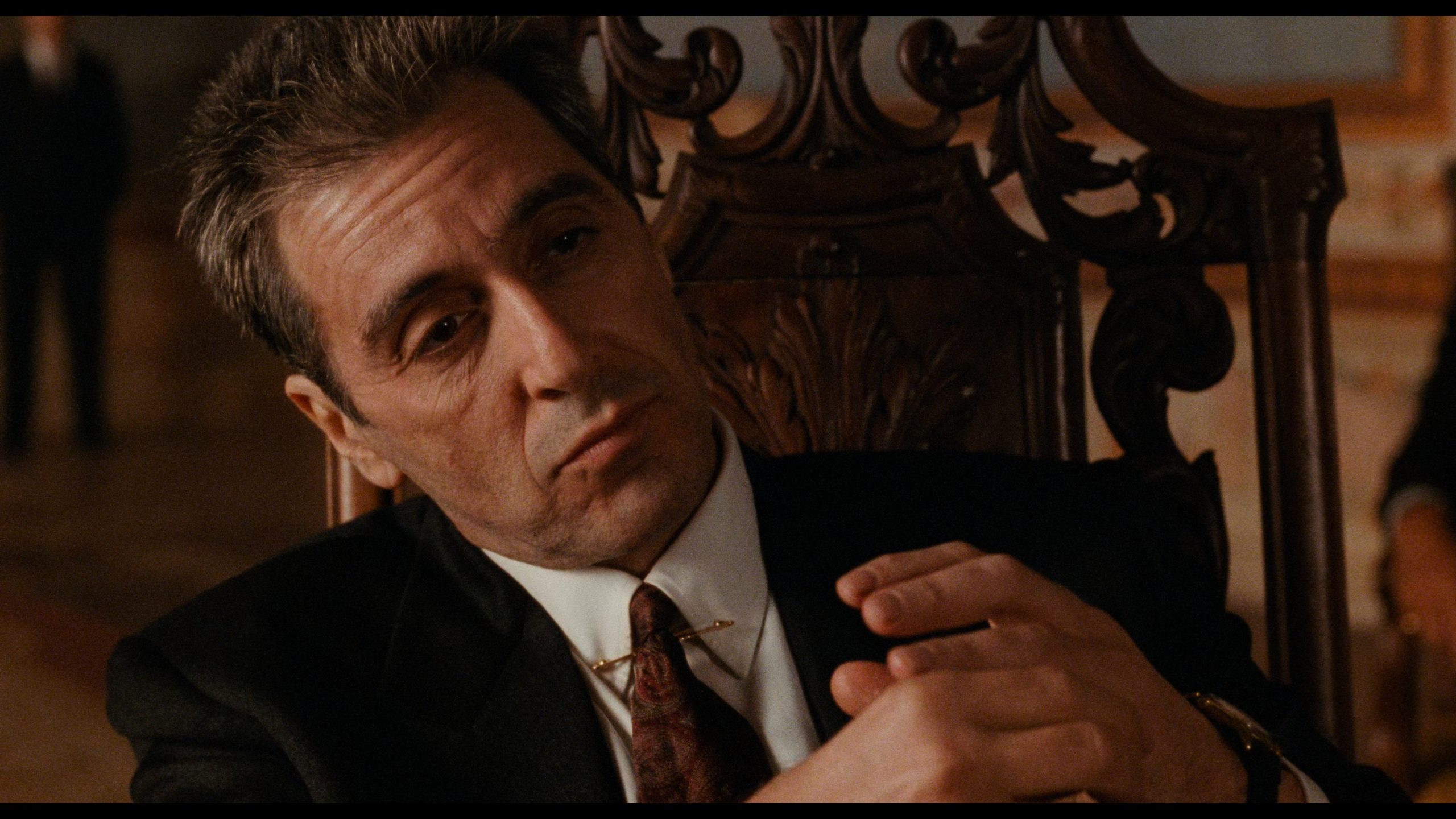 Same as the Blu-ray, TrueHD 5.1 is excessive in spots. The opening party overuses the rears, overly loud where ambiance is concerned. It’s nice when in Corleone’s office though, a soft background. Even in the church, echoes run overboard. Same with Vincent’s apartment as trains pass. It’s too much. Accurately positioned, but too much.

Dialog fidelity exhibits no age, and precise clarity a constant. Music nicely fills the low-end. Smooth and natural bass adds weight. The rumble alongside the helicopter shooting mimics an earthquake, spectacular stuff, and certainly the aural highlight on this disc.

The same 90-second Francis Ford Coppola intro from the Blu-ray is included, as are the original theatrical/extended cuts on a separate disc.