Not a Bio on Shooter McGavin

Bob Lee Swagger, a man living off the land, browsing conspiracy websites while wearing a backward trucker’s cap, is too perfect an amalgam of the American anti-government gun savant. The name alone suggests cartoonish satire of those feeding on paranoia post-9/11, preparing for an insular war that never happened. Shooter glamorizes the lifestyle.

Immense distrust fills Shooter’s script, from corrupt Senators to medal-awarded soldiers. Shooter thrives on isolationism, believing any involvement in the government system is doomed to collapse, as in this case where Swagger (Mark Wahlberg) finds himself wrongly accused of a Presidential assassination attempt.

The good men in Shooter kill to make their point, and that’s Shooter’s onus as a whole

Much is spoken about duty and patriotism; the villains do so to manipulate, the heroes to hold their final links to a belief they once bought into. The Senator? He merely mocks democracy in his blatant, wink-the-camera speeches.

There’s something to take away from Shooter. While mostly ludicrous bluster, the story surrounds the death of Africans, slaughtered to make room for an oil pipeline. Shooter glances the Iraq war through mention of WMDs, but isn’t aggressive in its commentary, so instead chooses a different nation to stage its crime.

In the final act, Swagger turns into a dangerous political figment. Given an unofficial, off-hand okay by the Attorney General, Swagger hunts down those who wronged him. Fifteen years after Shooter, that cold violence comes off as grotesquely inspiring in the worst way, even if Shooter makes Senator Meachum (Ned Beatty) into a caricature. The same people admiring Swagger’s defiance will appreciate his actions. Out of the Bush years, that thematic turn is nothing less than crass and irresponsible.

Shooter, as a general thriller/action story, does its best to pull from Rambo, just changing from post-war PTSD to vengeful bloodlust. That’s not the best circumstance. Explosions are prevalent, helicopters crash, and chase sequences keep up the energy. Michael Pena earns his spot as an FBI agent committed to the truth even as the Patriot Act-esque surveillance continues to follow his movements. The good men in Shooter kill to make their point, and that’s Shooter’s onus as a whole. Never leave home without a gun, because the government is always out there, playing into a narcissistic superiority complex, so says Shooter. It’s absurd. 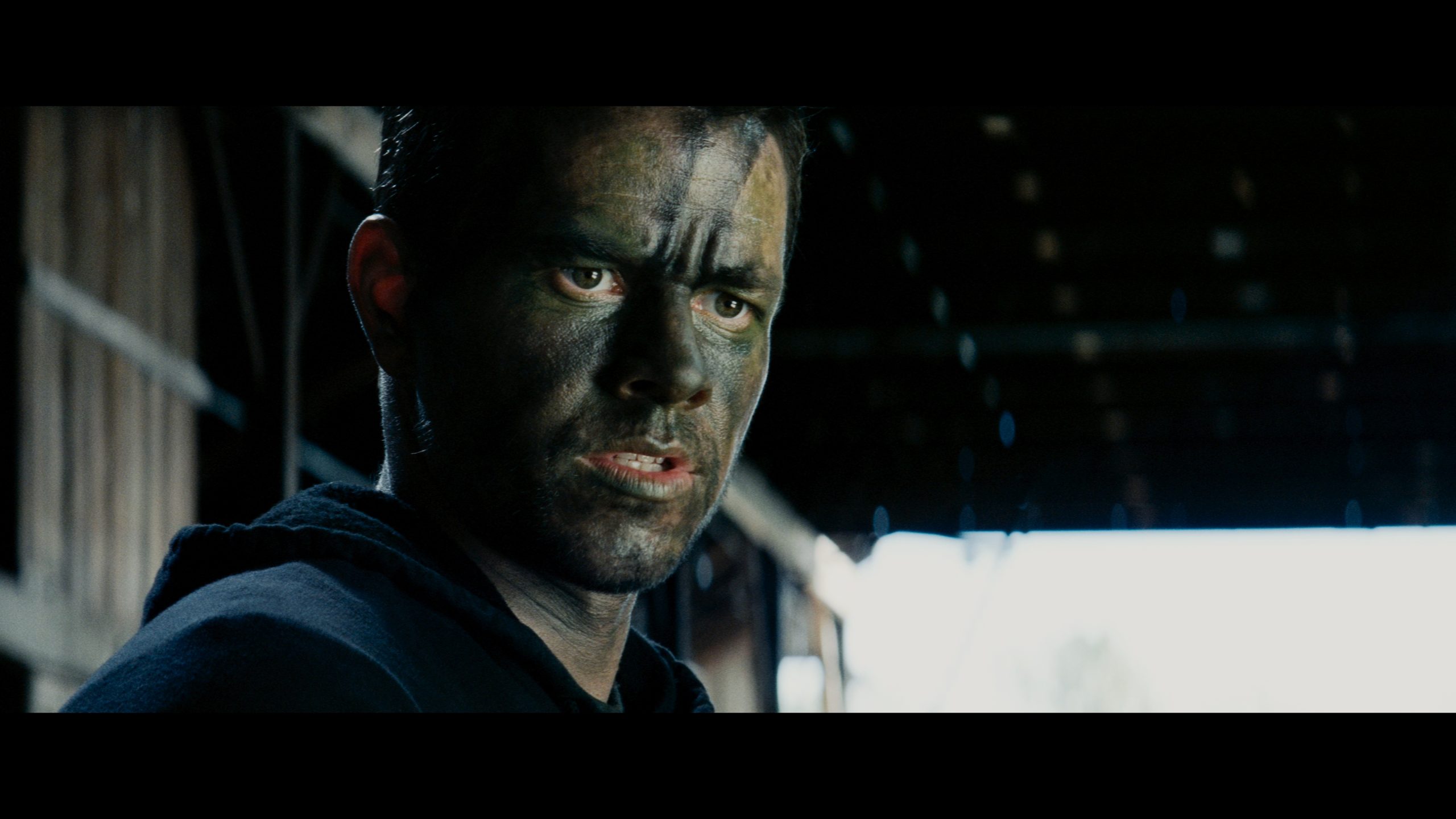 Intense in contrast, Shooter looks like a Michael Bay production given the deep, pure black, and even crushing shadows. That’s all intent. Dolby Vision doesn’t bring out any additional detail in those black levels. Contrast will clip too, if to less severity than the blacks.

Likewise deep, rich color favors earth tones, especially greens. Forested landscapes spare nothing in bringing out the dense hues. Pure flesh tones hit on cue, while surrounding primaries glow where allowed. Pleasing reds have their place too, even amid the digitally-leaning, cooler grading.

From a 2K finish, detail still sprouts. Expansive wide shots look fantastic still, and although on the rougher side, close-ups resolve rich detail. Texture flows. At a glance, this is a true 4K presentation. Usually thin grain spikes on occasion, although the encode handles those instances well, mitigating any compression problems.

Brought over from the Blu-ray, there’s oomph in this DTS-HD 5.1 track. Gunshots and explosions reverberate, delivering the necessary power for a major studio action movie. Even the score throbs the low-end. LFE performance is consistent as a result, giving the room a satisfying shake for much of the runtime.

Precise mixing sweeps action around the soundstage, and also keeps ambiance flowing within cities, even open air via winds. Bullets pan once fired, echoing into the rears. Helicopters follow the camera, placed in the stereos or surrounds as required. This is a full, wide mix, but it’s a shame Shooter wasn’t pushed to Atmos.

Seven deleted scenes, a routine 21-minute making-of, and a seven minute look at the Independence Hall sequence make up the bonuses.