Ridley Scott’s House of Gucci chronicles the true saga of the insular Italian family behind the Gucci brand. A decadent tale of love, fashion, and betrayal, an all-star cast led by Adam Driver and Lady Gaga drive this lushly rendered depiction of the family scion’s rise and fall during the ‘80s and ‘90s.

Ending in a scandalous murder which stunned the fashion world, House of Gucci is more entertaining than it is accomplished. The cast may have been hunting Oscars when they signed on but the soapy screenplay limits its Academy appeal.

House of Gucci is a gorgeous, stylish crime saga about an incredibly wealthy family from Ridley Scott

Based off “The House of Gucci” by Sara Gay Forden, the film is a sprawling and ambitious peek behind the Gucci brand and the wealthy Italian family running it. The unwieldy but compelling journey is mostly thanks to Scott’s tight sense of style and a cadre of acting heavyweights, carrying a perfectly decent performance from Lady Gaga.

Behind leads Adam Driver and Lady Gaga is an impressively loaded ensemble of Hollywood stars. Jeremy Irons, Al Pacino, Jared Leto, and Salma Hayek all contribute. Pacino and Irons perform some of their best work in years, portraying an older generation of the Gucci clan as they struggle updating the revered brand for the ’80s.

It is an American cast speaking with occasionally tortured Italian accents. You either accept that choice early on or the movie will disappoint. Given the rich drama’s hyper-sense of reality, it’s not a big deal.

Patricia Reggiani (Lady Gaga) comes from humble origins when she falls for young lawyer Maurizio Gucci (Adam Driver), heir to the Gucci empire. Marrying into the family as an outsider, Patricia becomes the driving force behind Maurizio’s ascent to Gucci’s throne, overseeing a fashion business worth billions. The story is a sordid web of deception, betrayal, revenge, and family disloyalty, eventually bringing the wealthy Gucci family down.

House of Gucci is a gorgeous, stylish crime saga about an incredibly wealthy family from Ridley Scott. Handled with care by the director, a ridiculously excellent cast enjoying themselves is the cherry on top. Set in the luxury deep-end of the go-go ‘80s, jaw-dropping aesthetics provide a perfect distraction when the story sometimes goes sideways.

The rich drama vividly fleshes out the Gucci family members, depicting their inner struggles for financial control while delving into the family’s seedier criminal underpinnings.

Lady Gaga, the so-called weak link among a line-up of Hollywood powerhouses in the cast, acquits herself without embarrassment. It’s not an Oscar turn but she’s clearly improving as an actress. There were probably better choices for the scheming role but Gaga’s name above the marquee probably does help sell tickets.

The finale is uninspired and underwhelming. Nearing three hours, the anticlimactic finish feels like an afterthought to the preceding intrigue and fun ride we’ve been on for over two hours. Methinks Ridley Scott had a much longer narrative originally in mind but realized four hours on an Italian fashion family may be too much, even for him. 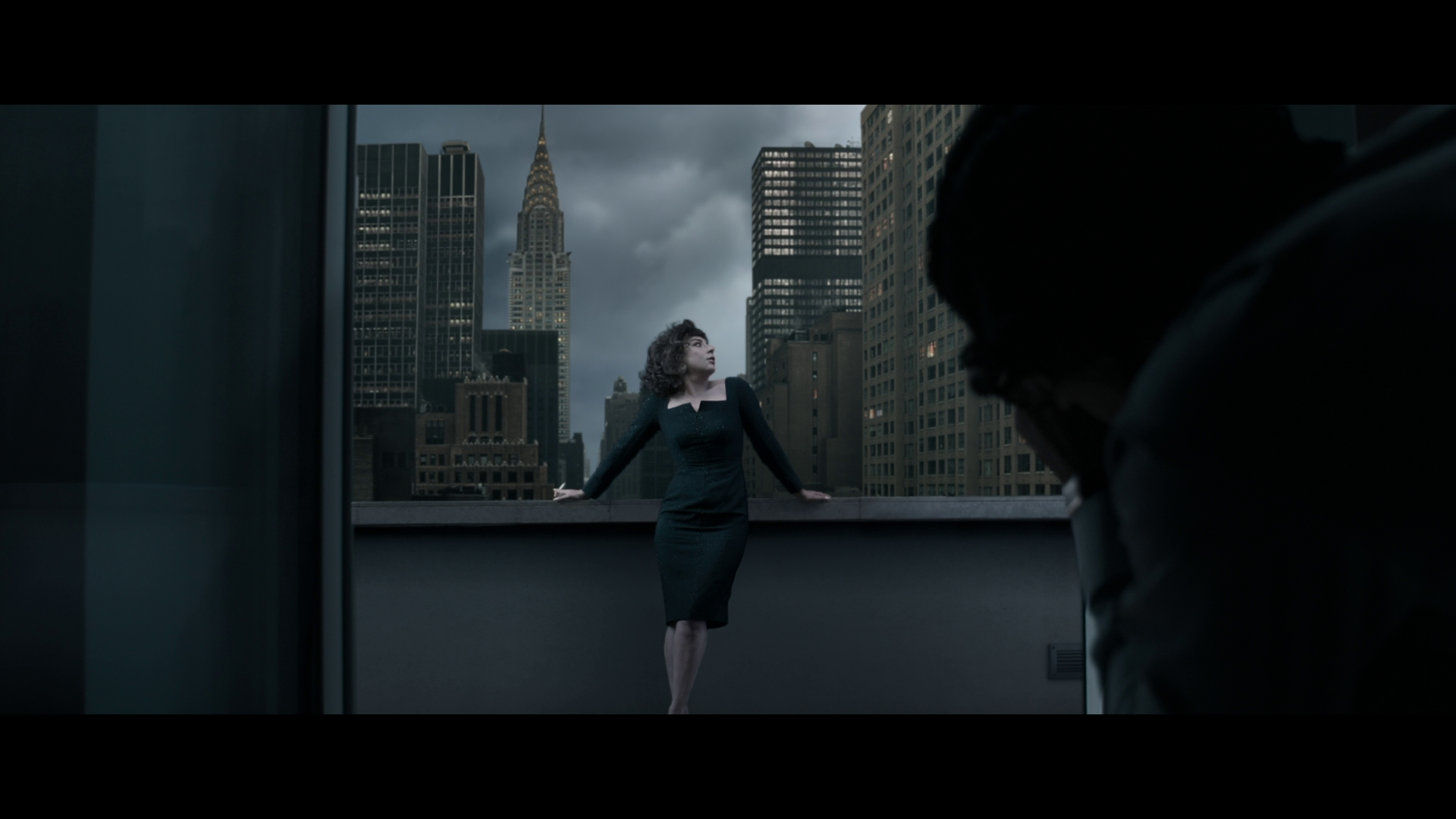 The beautifully lensed House of Gucci looks absolutely stunning on Blu-ray. Having watched thousands of BDs, the 2.39:1 presentation is almost peerless in its unrelenting perfection. There are moments when I was fooled into thinking this image came from UHD. The amazing eye candy almost distracts from the narrative.

Filmed in raw 4.5K resolution, the movie was lovingly mastered at 4K for its digital intermediate. Translating to one of the best 1080p experiences available, reveling in the movie’s refined set design and production values. Superb color tonality, razor-sharp definition, and striking scenery consistently lights up the screen. Inky black levels and lushly unfiltered detail epitomize the scenic cinematography.

The masterful grading balances deeper saturation with revealing shadows and intensely colorful contrasts. Universal smoothly encodes the flawless video with nigh immaculate AVC on a BD-50; its 157-minute runtime poses no challenges.

It’s upsetting MGM bypassed releasing the film in its native 4K form on UHD. Fully mastered with Dolby Vision, the only available 4K options are various streaming outlets. Let’s hope a foreign subsidiary wises up and gives us the gorgeous movie on UHD. But this is clearly now one of the reference standards for Blu-ray video quality, containing some of the best live-action material on the format.

An adventurous soundtrack and highly enjoyable surround mix fill out the killer 7.1 DTS-HD MA audio. The big miss here is one of omission – House of Gucci received a Dolby Atmos soundtrack on its UK Blu-ray. It’s inexplicable why the next-gen format would be left off, though this 7.1 DTS-HD MA is certainly no slouch. Ridley Scott’s movies always have near-reference mixes and House of Gucci on a technical level is Oscar-caliber.

House of Gucci is an MGM property, arriving on Blu-ray courtesy of Universal. The Blu-ray and DVD combo pack includes an iTunes digital copy with no Movie Anywhere rights, redeeming in HDX quality. An embossed slipcover is available on early pressings.

The Rise of the House of Gucci Featurette (10:14 in HD) – An encompassing making-of featurette with most principal cast and crew, including director Ridley Scott, producers, and cast members like Jared Leto.

The Lady of the House Featurette (05:35 in HD) – Lady Gaga’s transformation into Patricia Reggiani and what drives the character are covered.

Styling House of Gucci Featurette (05:26 in HD) – The film’s wardrobe, set design, and production aesthetic are covered in this slick overview.

Full disclosure: This Blu-ray was provided for review by the label. This has not affected the editorial process. For information on how we handle review material, please visit our about us page to learn more.

An all-star cast with such luminaries as Adam Driver and Al Pacino, bolstered by Ridley Scott’s superb craftsmanship, chronicle this entertaining saga of the rise and fall of Gucci in the 1980s.

The following six screen shots serve as samples for our subscription-exclusive set of 56 full resolution, uncompressed HD screen-shots pulled directly from the Blu-ray: