“Escape From L.A. is odd in that it’s basically a remake of the far more entertaining Escape From New York, rehashing many scenes and character archetypes from the original. Carpenter has great fun trashing many of L.A.’s biggest landmarks in an opening that shows the city’s destruction. It’s a b-movie loaded with cheesy action and oddball characters, mostly held up by Russell’s signature role as Snake. The veteran actor is clearly enjoying himself. Seeing Russell back as Snake is most of the real fun in Escape From L.A.”

Dolby Vision plays well with the black levels, giving the imagery depth and sustained density. Cinematography favors darker imagery, meaning those shadows count for a lot. Highlights don’t have intense peaks, but have their moments. This isn’t a disc showing extensive visual range.

While the palette favors grimy, dim tones, there’s energy to the flesh tones and the occasional primary where possible. Escape from L.A. still looks pure ’90s, organic, natural, and unaltered by modern grading. 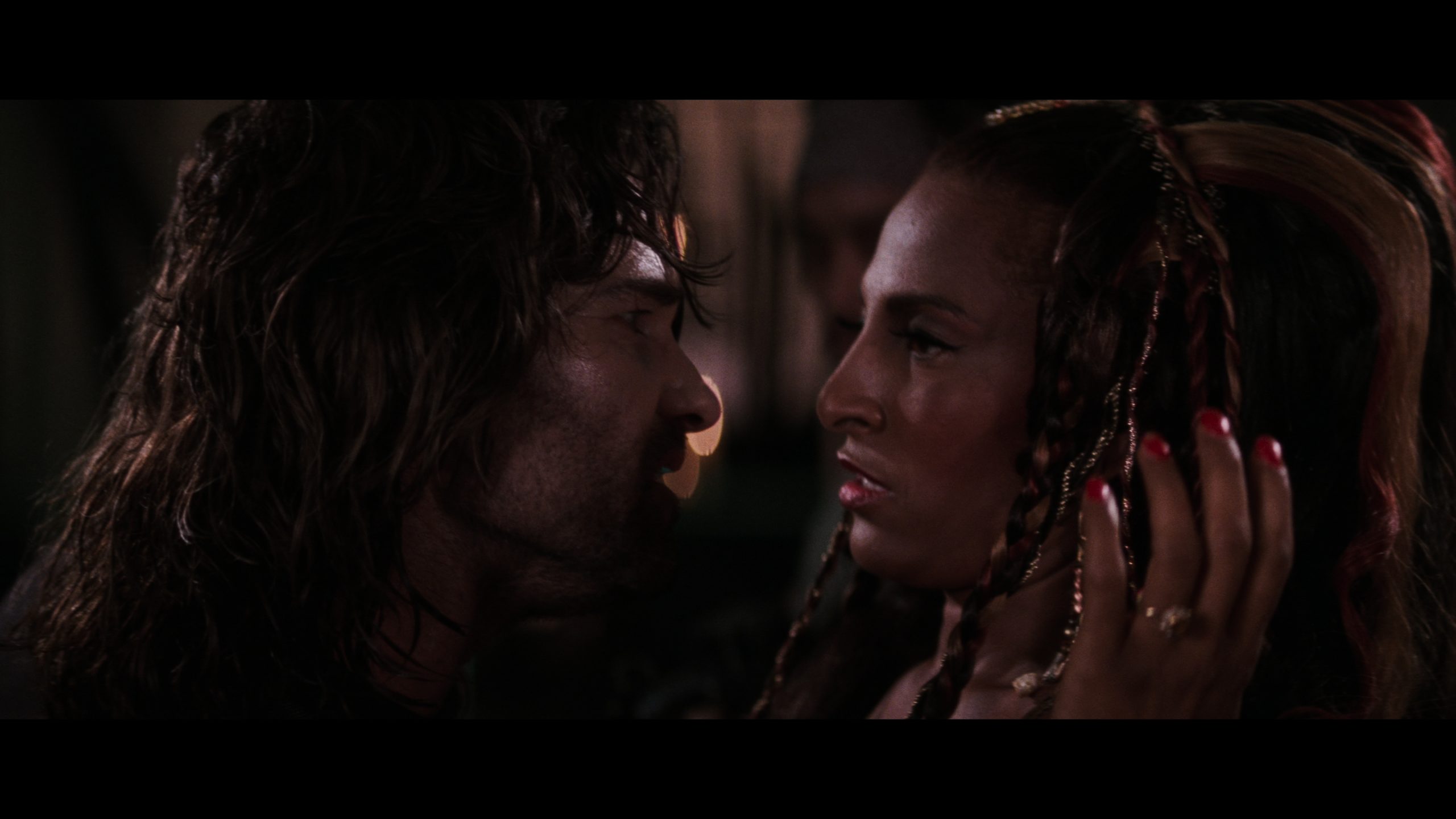 Paramount issues a LOUD and aggressive DTS-HD 5.1 track for this 4K release. Keeping this at standard reference level is a risk as the hefty volume will punish any speakers. Sadly, this doesn’t transfer over to the low-end. A 9.2 earthquake in the opening frames barely rumbles the room. There’s depth, if not much, and most of the heft comes via the score.

The design is such to show off early surround tech, sweeping audio around the soundstage even if it doesn’t make sense. Doors open in view of the camera, and the sound fills every channel. Escape from L.A. aims for total aural chaos, taking every opportunity to push audio through the positionals, stereos and rears, usually at the same time. It’s akin to early Pro Logic extension, more annoying than pleasant.

Paramount only includes the original trailer.

Escape from L.A. is either a masterpiece of high camp and political satire or a dismal cornball sequel stuck in the ’90s. It’s the latter, unfortunately.