Rolling Stone editor Jason Fine has been friends with Brian Wilson for many years, one of the few music journalists allowed access to the reclusive musical genius. Brian Wilson: Long Promised Road is a candid appreciation of the legend as he exists today, perhaps diminished in capacity but still bursting with a passion for making music which is infectious. The driving creative force behind the Beach Boys reminisces about better days and his early successes in limited bursts of insight and reflection.

The languid documentary thoughtfully covers his career with the Beach Boys and latter accomplishments, including one of the most famous unfinished albums in pop history, Smile. Years of hard living have caught up with the former Beach Boy and his present state leaves him a less-than-compelling speaker at times, but Fine is still able to pull genuine feeling from Wilson. They drive around California together, listening to the Beach Boys and revisiting important places in Wilson’s life.

Brian Wilson: Long Promised Road is a surprisingly emotional and warm documentary about a music icon

A cavalcade of emotions are dredged up in the vulnerable Brian Wilson, some recalling happier times with his brothers Carl and Dennis. The documentary’s best moment may very well be when Fine discovers Brian Wilson had somehow never heard his brother Dennis Wilson’s haunting Pacific Ocean Blue, a solo album some consider a lost classic. In Brian’s drug-fueled haze of the 1970s, he missed the album despite spending a lot of time with Dennis. It’s wonderful seeing Brian’s face when Fine first plays the album for him.

Darker memories recount his days under the demanding guidance of Eugene Landy, a man kindly described by many as a quack doctor who almost ruined Wilson’s musical career in the 1980s. Brian casually mentions how he wrote California Girls a week after his first acid trip.

Long Promised Road is peppered with archival footage from the Beach Boys’ heyday in the 1960s, beginning with an early appearance on Dick Clark. Sprinkled throughout are celebrity interviews from across the music world, discussing Wilson’s music and its impact on their careers.

The line-up includes Elton John, Bruce Springsteen, Linda Perry, Nick Jonas, Jakob Dylan (The Wallflowers), Jim James (My Morning Jacket), and other recognizable musicians. While Al Jardine of the Beach Boys does briefly show up, cousin Mike Love’s absence is quite telling. If you are looking for dirt on Mike Love, look elsewhere.

Some of the best footage here is Brian Wilson working in the studio on new material, feeling his way around a song like only he can and directing his band for the sound he wants. Wilson still lights up when he hears hits he created decades ago, setting the music industry on fire in the early 1960s with the Californian sound and inspiring the Beatles to push pop music beyond its early limitations.

The most attention is paid to Wilson’s artistic peak – the visionary “Pet Sounds” album which is now correctly hailed as a masterpiece and one of the most important albums ever recorded. Initially a commercial disappointment for the Beach Boys, its amazing harmonies and creative musical textures have only grown in stature and acclaim over the decades. By 2003, Rolling Stone had ranked Pet Sounds as the second-greatest album of all-time after the Beatles’ Sgt. Pepper’s Lonely Hearts Club Band.

Brian Wilson: Long Promised Road is a surprisingly emotional and warm documentary about a music icon, celebrating the man’s career and musical highlights without forgetting his humanity. Told in a friendly, welcoming format for the Beach Boy, director Brent Wilson (no relation) paints a revealing picture of the creative genius. 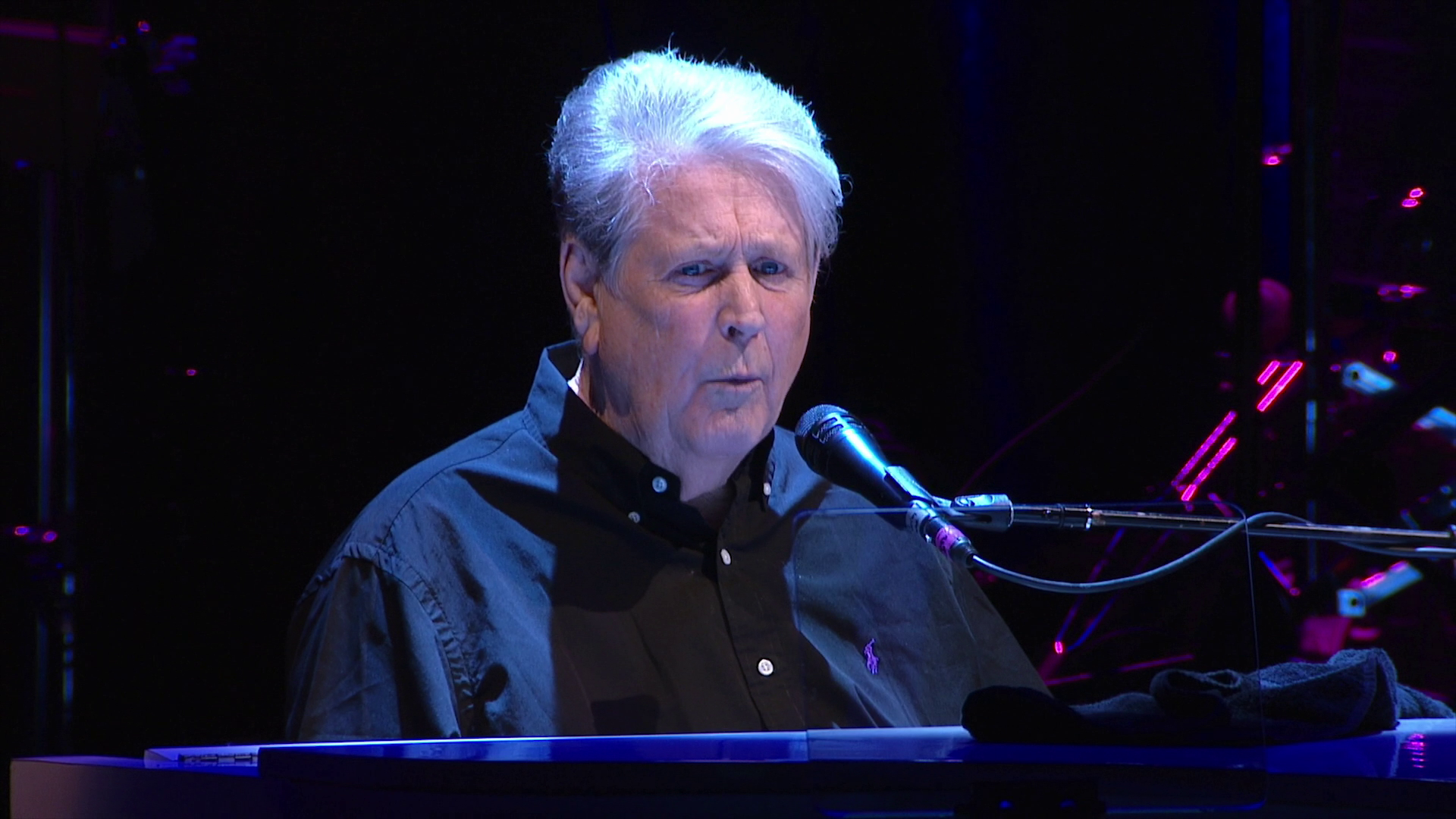 The HD video is mostly crisp, high on clarity and sharpness. The talking head interviews have impressive definition and lighting. Footage taken inside Fine’s car, as he drives Wilson around L.A., isn’t as detailed or consistent. It’s mildly washed out and overly bright.

Screen Media preserves the digital transfer in an adequate AVC encode on a BD-25 without major issues. The picture quality is more than serviceable for a new documentary.

The documentary arrives with two excellent audio options, 2.0 PCM and 5.1 DTS-HD MA. Most will want to go with the more expansive surround mix which offers a larger soundstage and better channel separation.

Music includes a bevy of classic Beach Boys’ songs in pristine fidelity and even a new song “Right Where I Belong,” written and performed by Wilson and Jim James. It’s a neatly-curated soundtrack, perfect for both casual and hardcore fans.

There’s a nice spread for the music across the surround mix with smooth bass and clean upper frequencies. Dialogue is neatly delivered without getting overpowered in the dynamic mix.

Additional Interviews & Deleted Scenes (15:19 in HD) – This is a compilation of footage which could have easily made the documentary. Brian Wilson returns to Hawthorne High School for the first time since graduation, finally completes Smile, and recalls his mother in separate scenes.

Cleanin’ Up The Town: Remembering Ghostbusters Trailer (01:29 in HD)

An intimate, warmhearted profile of a music legend by Rolling Stone editor Jason Fine with celebrity guest interviews and candid access to Brian Wilson himself.