Wheel of Fortune and Fantasy is fascinating and absorbing filmmaking from acclaimed Japanese director Ryûsuke Hamaguchi (Drive My Car, Happy Hour). The movie is actually an anthology of three separate short films, each one a domestic drama intricately constructed around love, coincidence and intimate relationships. Haunting and deeply intelligent, Wheel of Fortune and Fantasy delivers one of the year’s most elegant and profound cinematic experiences.

Each tale in the nimble anthology concerns a woman buffeted by forces beyond her control as love’s guiding hand takes charge. A multitude of different circumstances conspire against the ladies, though Hamaguchi’s writing and storytelling never feels contrived or disingenuous. His craftsmanship exhibits beautiful character building and sensitivity, using fanciful plot twists as mere window dressing for truly emotive cinema .

The first tale is the story of a messy love triangle involving two good friends. The second tale is the most elaborate, an intriguing exploration of an insecure housewife baited into bringing down a collegiate professor by her younger lover. Wheel of Fortune and Fantasy’s closer is a simple tale of mistaken identity and regret, told with warmth and moving performances. All three short films are imbued with intimate grace and convincing power, leading to unforgettable scenes.

The bespoke romantic experiences in each short are driven by genuine feeling and crisp dialogue. Wheel of Fortune and Fantasy has a strong cast of veteran Japanese performers and newer faces. More than a critical success, Wheel of Fortune and Fantasy touches viewers like all great cinema, a compelling journey for thoughtful viewers. While its handling of love and relations in contemporary society likely speaks better to modern Japanese audiences, the movie’s sheer humanity and honesty resonates across the globe.

Ryûsuke Hamaguchi’s low-key masterpiece Wheel of Fortune and Fantasy is a case study in how a great film can be made today with keen direction, guiding vision, and careful writing. Made during the heights of COVID during 2020 with a small crew and cast, he proves Hollywood’s bloated budgets and excessive special effects aren’t necessary when crafting human drama. Keep an eye on this talented Japanese filmmaker in the future. 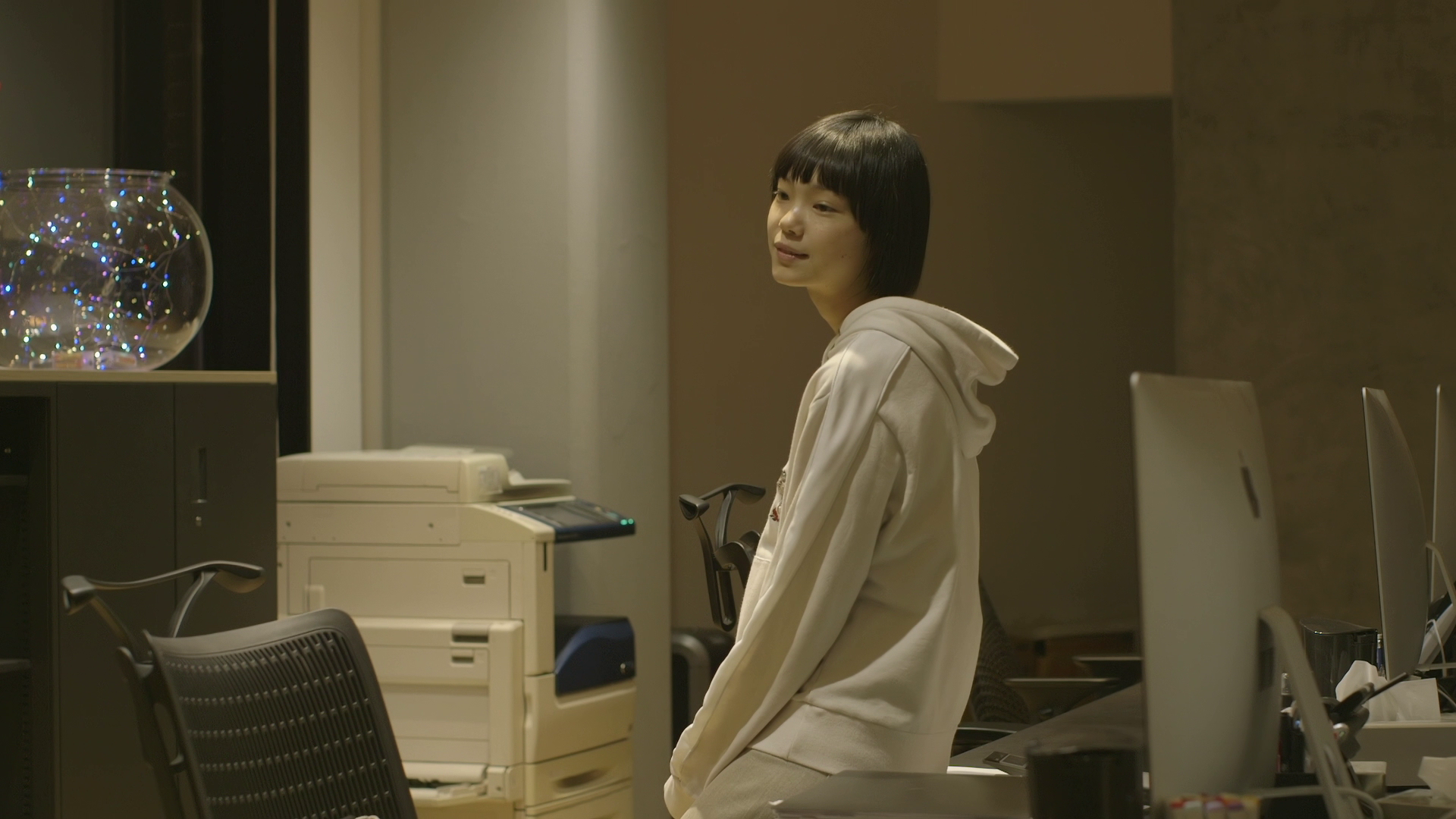 The lower video score is entirely a reflection of Wheel’s basic production values, shot by a small crew in Tokyo during the Summer of 2020 and hampered by COVID lock-downs. Episode 1: Magic (or Something Less Assuring) opens with an extended cab ride shot with dismal lighting and poor resolution. The lengthy scene is hampered by muddy shadow delineation and digital artifacts such as posterization. It resembles the cheaper digital video commonly filmed ten years ago for indie features.

Wheel of Fortune and Fantasy’s picture quality improves dramatically after that scene with sharper digital video boasting fine clarity. Exteriors and interiors generally have a clean, anti-septic sheen with solid definition. The low-contrast photography could be brighter with deeper colors.

Everything mostly resembles the dry production values of typical low-budget filmmaking coming from Japan these days. Black levels are serviceable, if a bit milky. There’s not a lot of warmth to the color palette, which is overly brightened and washed out. The video itself has no print abnormalities.

The 1.78:1 Blu-ray presentation by Film Movement is a quality and faithful reproduction of the source material. If the video is underwhelming, it’s a fault of the cinematography. The main feature runs 121 minutes on a BD-50 given generous AVC encoding parameters. Hints of chroma noise and macroblocking are likely baked into the digital intermediate.

Wheel of Fortune and Fantasy’s Japanese audio is almost entirely driven by quiet dialogue and a sparing piano score. There’s a little city noise arising from Tokyo’s streets filling out the surround channels on a mostly forward 5.1 DTS-HD MA soundtrack. Dialogue reproduction is perfectly fine, centrally focused with no real spread. Like many Japanese films, elaborate surround mixes and advanced audio design are not a priority in the drama.

Optional English subtitles play in a white font. It’s a decent translation of the Japanese dialogue which doesn’t greatly deviate from its intended meaning. One could quibble with a few nuances and word choice in a handful of scenes. Secondary audio includes a mostly superfluous 5.1 Dolby Digital option in Japanese. It has slightly different mixing levels than the superior, lossless 5.1 DTS-HD MA audio.

Film Movement has coded Wheel of Fortune and Fantasy for all regions. Bonus features are in a mix of mostly Japanese and a little English with English subtitles burned into the video. Like all their releases, the disc arrives in a clear case with short liner notes inside.

Interview with director Ryûsuke Hamaguchi (13:57 in HD) – A candid and revealing interview asking Hamaguchi all the right questions. The director discusses some of his influences and creative process, not to mention the challenges of making a film during COVID. Essential for fans of the film and director.

Bonus Short Film: “The Chicken” (13:13 in HD; 2.0 Japanese PCM) – Directed by Neo Sora, a short about a Japanese man living in NYC and his worries about butchering a chicken for dinner.

Wheel of Fortune and Fantasy Trailer (01:47 in HD)

Wheel of Fortune and Fantasy