Steeped in the new millennium’s counter-culture, The Skulls pushes a ludicrous tale of teenage rebellion, fantasizing about upending centuries-long control. Early adulthood’s anxieties over college debt and minimum wage jobs fuel Luke McNamara’s (Joshua Jackson) as he seeks an easy – and seemingly the only – way through life. Then comes the murder.

The Skulls presents an impossible scenario. Luke’s ambition cannot match his bank account, and filtered through a lens of pompous high society, the draw of being someone (in addition to perks) serves as the ultimate temptation.

The Skulls can’t even form a decent thriller

It’s ridiculous, and so, so pasty white. Urban dramas swell with gangs, drugs, and violence. The Skulls gives it protagonist an early edge on the school’s row team, as if Luke isn’t already living a privileged life. Stiff exposition in the opening act tries to whittle Luke’s stature, but intercut with a heroic race, Luke secures his team’s victory. How simple this all seems as the underground Skulls call, envisioning a world run by this improbably hidden sect – all men, all white. The Skulls misses the obvious and more interesting angle of inserting a racial or gender divide, settling on a studio-safe tone to appease the aggrieved white middle class.

As Luke’s situation unravels, the asinine plot twists bring a “don’t trust anybody” theme into the story. The Skulls prove so entrenched, Luke can’t go anywhere, and makes such boneheaded moves (like not copying evidence), empathy for his situation rapidly dwindles. Some of the paranoia over surveillance was ahead of its time through pre-9/11 and/or Patriot Act symbology, if ultimately just an excuse to make Luke appear oppressed because he can’t enter a prestigious law school.

In its resolution, The Skulls fails because everything hinges on Luke’s relationship to Caleb (Paul Walker), yet the structure is such that Luke’s true allegiances are elsewhere, notably his girlfriend Chloe (Leslie Bibb). As Luke and Caleb fall to the sect’s manipulative tactics, the pair never feel authentic as friends, rather spoiled kids acting out. Without that central drama, The Skulls can’t even form a decent thriller, let alone portray an engaging anti-authority allegory. 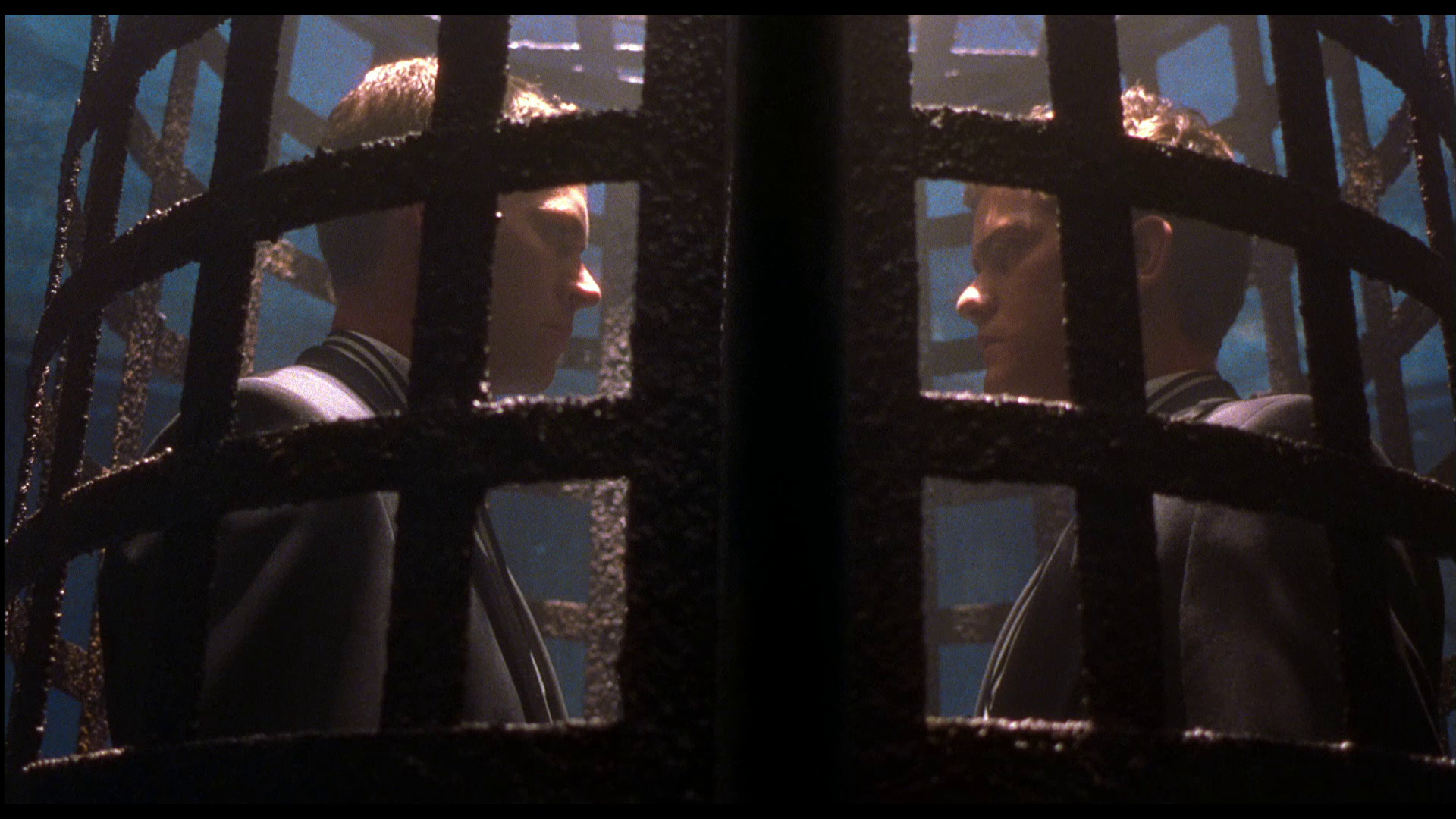 Turns out cramming three Skulls movies on a single disc isn’t the best idea. While this causes only minor concerns in close, wide shots turn The Skulls into a muddy, compressed mess. Cinematography is butchered by thick artifacts, rendering the intact grain as digital blocks. This never looks like film.

The scan itself appears okay. While sourced from a slightly dated scan that reveals dust/dirt regularly, resolution reveals some detail. Facial texture makes it through where possible. Given a slight haze at the source, this reduces fine detail naturally. It also doesn’t help the artifacting situation.

Fairly active DTS-HD 5.1 keeps the soundstage lively. Small touches like water dripping count just as much as cars driving past the screen, smoothly transitioning front-to-back. Sound design will pan voices where possible, and the other effects find their place as needed. It’s active.

Range pumps out the turn-of-the-millennium soundtrack with strong low-end. The response produces a hearty rumble. Late, a brief car chase includes a few bumps that nicely fill the low-end.

Given Mill Creek stuffs an entire trilogy onto one disc, being bonus feature-less is for the best.

Sloppy and stuffed with exposition, The Skulls doesn’t aim higher than a pedestrian teen thriller with preposterous storytelling.